“I’m Not Talking To Democrats,” Says GOP Senate Candidate O’Dea Who Has Donated to Multiple Dems Since 2010 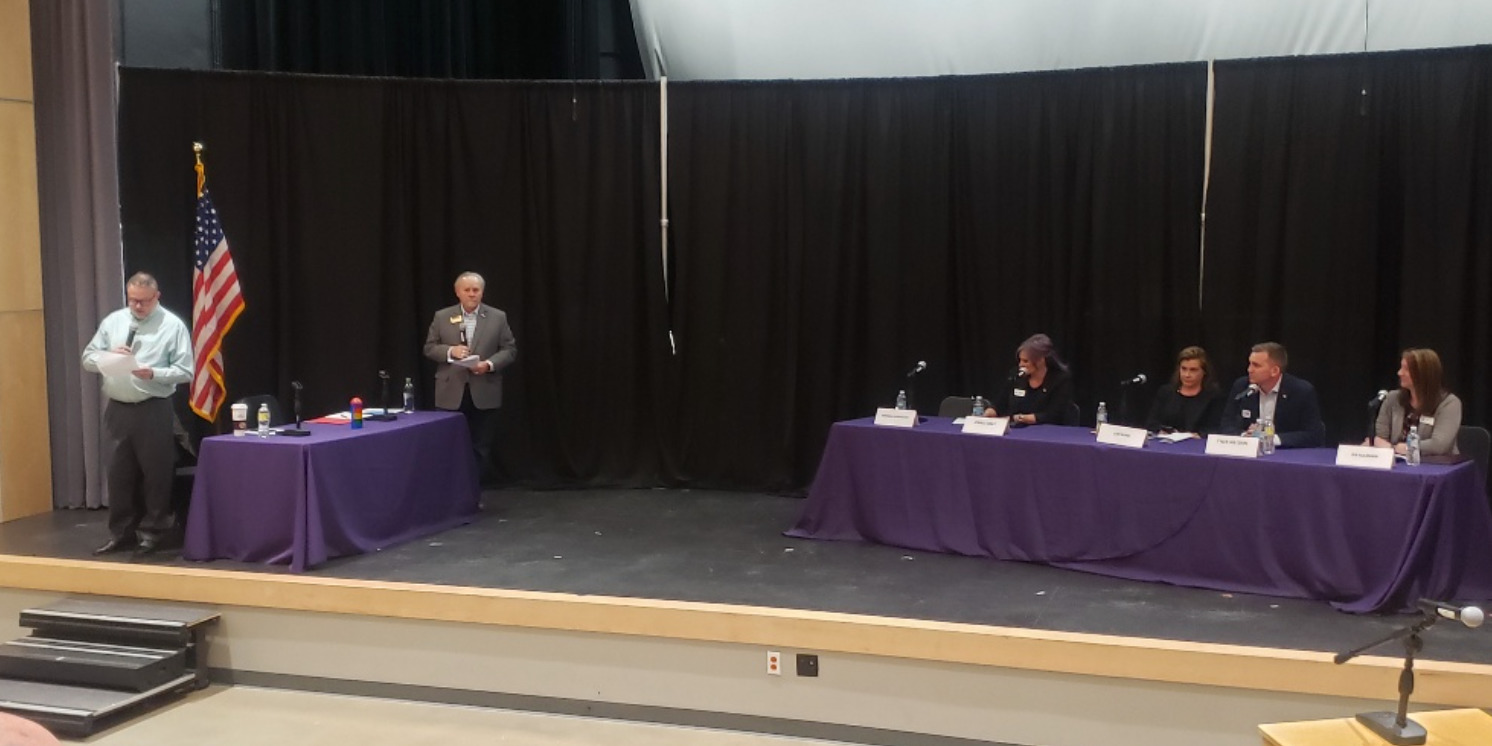 During a forum yesterday, Republicans running for Colorado’s new congressional seat spoke warmly about Hispanics, saying they will benefit from the GOP policies, but mostly pushed back on policies to help undocumented immigrants.

“We must enforce the laws we have,” said Tyler Allcorn, a former Green Beret, one of four candidates who attended the forum. “Building the wall is only the first step.”

Asked by a moderator about Deferred Action for Childhood Arrivals (DACA) for so-called Dreamers, who came to the U.S. illegally as children and know no other country as home, the candidates all expressed sympathy, but only one advocated, at least conditionally, for special treatment.

“We have a path currently,” said Weld County Commissioner Lori Saine, adding that bureaucratic inefficiencies should be removed without easing any existing laws, something that businesswoman Jewels Gray, another candidate, agreed with.

“Building a wall will work,” Saine told the crowd at the event, sponsored by the Colorado Hispanic Republicans.

Gray said it was “disgusting” that the Ukraine was getting more attention than “our border.”

“I’m an immigrant,” Allcorn said in his response to the question. Allcorn’s family immigrated from Canada in the ’90s when he was nine years old. “I served my country. Many immigrants sign up from this country, raise their right hand, and say, ‘Send me; send me overseas to fight for freedom, because they understand how important it is, the freedom that we have.”

“We have a path to citizenship,” said Allcorn, saying he doesn’t have an “exact answer” to whether he supports DACA. “I went through that, and it is hard. It is long.” But, he said, that doesn’t mean it should be “any less stringent” and “it’s long [path] for a reason.”

Thornton Mayor Jan Kulmann came the closest of the four candidates to advocating for a DACA policy, saying, “It’s something that I think is very important that we should look at as an overall immigration policy. Our country was built on immigrants.”

“Those kids had no choice,” said Kulmann, later adding, “We need them.”

“They were brought here because their parents wanted a better life for them, which is admirable,” said Kulmann. “But they were not given a choice on whether they wanted to be here.”

Asked after the forum whether, in light of her work with Spanish-speaking Hispanics, she supports current law requiring Spanish-language election ballots, Kulmann said she supports the text of ballots to be written in Spanish and other languages.

“I think we better stick with English,” said Saine, when asked for her stance on Spanish-language ballots. “That’s the language of our country.” Saine believes there are a “bunch of nonprofits who would be willing to help them read the ballots” and the government should can both save money spent on printing Spanish-language ballots and honor “our language.”

Allcorn said he’d lean against Spanish-language ballots. “When you become a citizen of this country, you have to take a test. And English is part of that.”

“The language that we speak here is English,” continued Allcorn. “And that’s how we run our systems, and while it’s not an official language in this country, and I understand that, I think that’s also part of our society. But are we writing it in a different language because we want someone who isn’t supposed to be voting to vote? What is, again, the second and third order? Why do we have to do that to begin with? Why is it even something we need to discuss? Maybe we should just secure our border.”

With respect to driver’s licenses, Kulmann said she’s not taken a position on whether they should be made available to undocumented immigrants, as she is “looking into what options we have.” She added that “trying to make things work so that people can have a job and be members of society is important. But people here illegally is a problem.”

Allcorn opposes driver’s licenses for illegal immigrants, explaining, “Why would you be getting a driver’s license? You are illegally here. You wouldn’t be legally allowed to work. Any company that would hire you would be charged with a crime for hiring someone here illegally.”

Saine opposes driver’s licenses for undocumented people because she worries that the licenses will be used by undocumented immigrants to register to vote, even unintentionally, despite the safeguards in place to prevent this from happening.

Abolish the Dept. of Education?

One of the last questions during the forum was whether the candidates favored the elimination of the Department of Education.

Three of the four candidates said yes, and Kulmann didn’t provide an answer to the question in her response.

“We should get rid of the Department of Education, and return that control back to the states,” said Saine.

“When you think about the Department of Education, what has it done for us?” asked Allcorn “I can’t think of anything.” He said he could see getting rid of it.

Education Department supporters say that, if the Department of Education were eliminated, states would, among other things, be unable to replicate the federal agency’s research and training programs, many of which are tied to federal grants.

How To Handle the Media

One questioner at the forum asked how the candidates would handle a hostile news media.

“As long as we stick to the facts, we will overcome,” said Allcorn.

“The media is going to say what they are going to say, and we can’t change that, epecially Kyle Clark,’ said Kulmann, prompting some laughs. “But we can talk and listen to people.”

State Sen. Barbara Kirkmeyer, another prominent Republican running for the new congressional seat, was unable to attend the forum, which took place at Stargate Charter School in Thornton, due to her legislative duties, a spokesman told the crowd.

Democrats vying for the Eighth Congressional District, which is north of Denver. seat are state Sen. Yadira Caraveo of Thornton and Adams County Commissioner Chaz Tedesco.