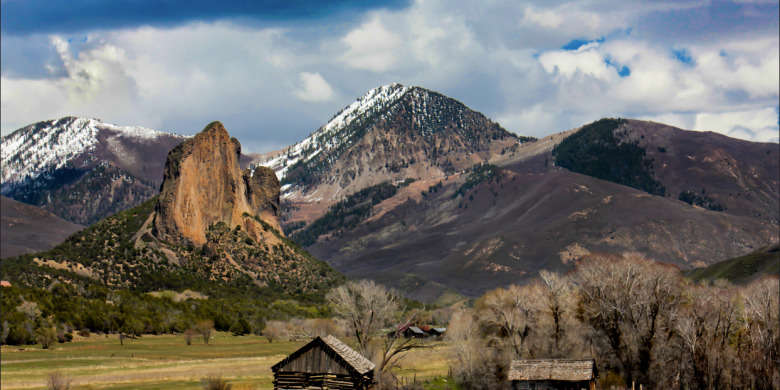 On Wednesday evening, scholars, policymakers, and activists from across Colorado convened to discuss a proposal to change the names of two geographic features in Delta County.

The features in question: Negro Creek and Negro Mesa. The Colorado Geographic Naming Advisory Board has undertaken a proposal under which would the landmarks would be renamed to Clay Creek and Clay Mesa, respectively.

However, several members of the board felt it important to consider diverse perspectives in the renaming process.

“I wanted people in the community, especially Black people, to be involved as part of this process. And I want it to be a form of restorative justice, because my understanding is that this was derogatory language, the name that was given for these two particular landmarks,” said Junie Joseph, a member of the Colorado Geographic Naming Advisory Board. “And I thought, if we are going to change it, we at least need to include Black people in the process as well. I hope it would be educational, as well, if we changed it.”

The meeting, which took place over Zoom, was led by Junie Joseph, who is also a member of the Boulder City Council. She was joined by city council members from Colorado and beyond, as well as members of the Progressive Democrats of America.

The proposal to change these names was taken up recently by policymakers from Delta County, including Delta County Commissioner Don Suppes. Suppes recounted how the initial idea came from students at Cedaredge High School.

“In the end it was the freshman class that came up with Clay Creek and Clay Mesa, because of the adobe clay that is so prominent in the area,” Suppes said.

However, this would not be the first time that the landmarks’ names have been changed.

“Negro Creek used to be known as the N-word creek until it was changed in the 1960s,” Joseph explained.

The original origins of the name are unclear. Some have pointed to black volcanic rock, a prominent feature around the landmarks, and that negro is the Spanish word for the color black. Others posited that the name could have originated if a Black person was lynched in the area. However, historical evidence is scant enough that no direct evidence has been found yet for any theory.

“It seems strange that the N-word would be used if there wasn’t some kind of reference to people that were actually there,” Norma Johnson commented. “And I was saying that in the years after the civil war, Black people were run out of many towns – the race massacres. It’s very possible that there were people there, maybe, and there weren’t any descendants. … And this is something that has happened all across the United States.

This name is far from the worst part of the racist history that haunts Delta, as well as many other Colorado towns. Delta was at one point considered a sundown town – a name for all-White communities that historically excluded Black people through racist legislation, as well as threats and acts of violence.

Even today, demographic reports show that Delta County’s population – roughly 30,000 people, according to the U.S. Census – is 92% White, with less than 1% of its population listed as Black or African American.

Participants at Wednesday’s meeting came to a consensus on one thing: no matter what the origins were, the name should be changed now.

“This was named the N-word, and it was changed in the sixties. So there is no positive connotation of the N-word,” said Westminster council member Obi Ezeadi. “I do think that the history is important, but what is more important is the future, is the restoration. From what many folks have said tonight, changing these geographic areas to a name that reflects historical Black leaders could be very powerful in a county of 30,000. It would be noticed very prominently because of the size of this county, and it could be used as a great example of just how we can do restorative justice properly.”

Participants made multiple suggestions for alternate names for the landmarks. Perhaps the most pertinent suggestion was that the board pick the name of a Black historical figure from Colorado. While several names from across the state’s history were put forward, some in the meeting took issue with how none of them were from Delta’s history.

As the meeting came to a close, Madelyn Woodley – founder and president of the Executive Committee for African American Cultural Events (ECAACE) – spoke about a picture of her, taken during Dr. Martin Luther King Jr.’s final march.

“There is a picture of me carrying this sign, saying ‘Honor King, end racism.’ How are we doing, America? That’s always my final question,” Woodley said. “We’ve got a lot of work to do. And I know that there was somebody – in my heart of hearts – in this [Delta] county that lost their life for the cause of freedom, that we are still fighting for today. Freedom is not free, people pay for it with their human lives.”