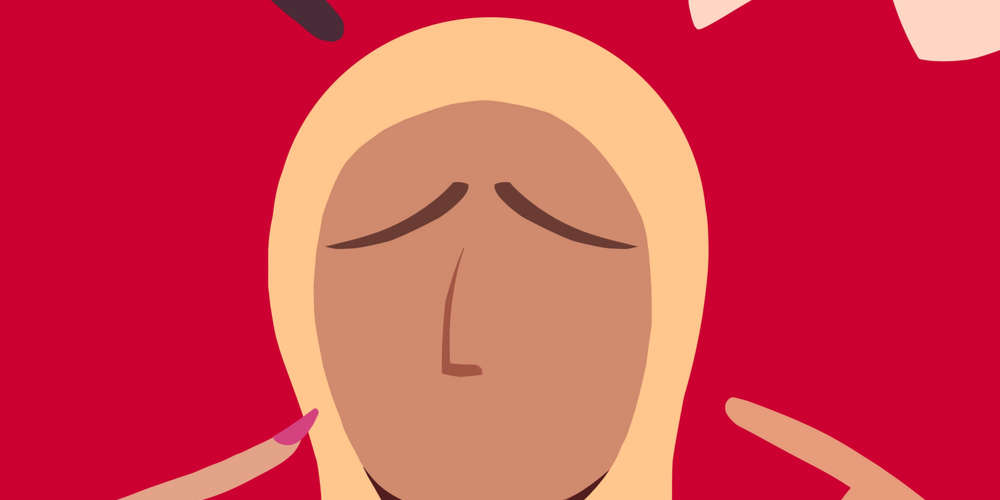 In her latest act of demonizing Muslims, U.S. Rep. Lauren Boebert (R-CO) recently insinuated at multiple events that Rep. Ilhan Omar could have been a suicide bomber because of her Islamic faith.

This might be business as usual for the Colorado Republican. But for Muslim Americans like myself, it’s another painful reminder of prevailing hatred in the country we call home.

In the past, Boebert has made other pointedly hateful anti-Muslim comments. She once called Omar the “Jihad Squad member from Minnesota” during a speech on the House floor, as well as an “honorary member of Hamas” on other occasions.

Boebert offered a non-apology apology on Twitter for her latest vitriol, but she refused to apologize directly to Omar.

More disturbingly yet unsurprisingly, Republican leaders have remained silent and refused to rebuke Boebert’s dangerous and bigoted rhetoric. Although House Democratic leaders have condemned Boebert’s latest comments, it remains to be seen whether they’ll issue a formal resolution or penalty regarding her statements.

This episode isn’t just about an unhinged Congresswoman stoking the extreme fringe of the Republican base. The real issue is the ongoing normalization of Islamophobia in America, which has soared to frightening new heights since 9/11.

Islamophobia contains religious and racial components and generally refers to fear, prejudice, or hatred of Muslims, or those perceived to be Muslim. Islamic traditions, culture, and religion come to be viewed as threats to Western values, which often leads to hostility, intolerance, and discriminatory practices.

These views have become commonplace in our culture. Politicians and pundits routinely make false claims that Muslim Americans seek to replace the Constitution with “Sharia law.” Even more pervasively, Hollywood and the mainstream media endlessly portray Muslims as inherently violent or oppressed.

After 9/11, Muslims became the main target of U.S. government policies that resulted in racial profiling and FBI surveillance of mosques across America. And from 2000 to 2009, hate crimes against American Muslims spiked by over 500 percent, according to Brown University’s Watson Institute. People of Arab and South Asian descent who “looked” Muslim were also attacked.

Since 9/11, the world’s nearly 2 billion Muslims have had their religion conflated with the reprehensible terrorist acts of a few individuals. The Trump administration further exacerbated anti-Muslim sentiment through its policies, including the “Muslim ban,” which barred citizens of seven predominately Muslim countries from traveling to the U.S.

Twenty years after 9/11, a September 2021 report by UC Berkeley’s Othering and Belonging Institute surveyed Muslim Americans and found that 76 percent had experienced Islamophobia recently. Close to a quarter of respondents identified “discrimination/racism/prejudice,” followed by “ignorance/misconceptions of Islam,” as the top issues facing Muslim Americans.

These survey results only confirm why Boebert’s Islamophobic remarks against Omar must be forcefully condemned, regardless of partisanship. Leaving this behavior unchecked would send a message that hatred against Muslims is totally acceptable.

Even worse, it may inspire more acts of anti-Muslim hatred on top of the over 500 incidents documented in the U.S. so far this year.

Regardless of whether it occurs in the halls of Congress or in our communities, Islamophobia must end because, just like other forms of hate, it has no place in a free and just society.

The Muslim American perspective is rarely sought out in public debates over matters of our own discrimination. In that context, Rep. Omar’s response provides a much-needed voice: “I know that when we proudly stand up for our values — when we celebrate the diversity of this country, and the freedoms enshrined in our Constitution, others stand with us.”

Farrah Hassen, J.D., is a writer, policy analyst, and adjunct professor in the Department of Political Science at Cal Poly Pomona. This op-ed was distributed by OtherWords.org.