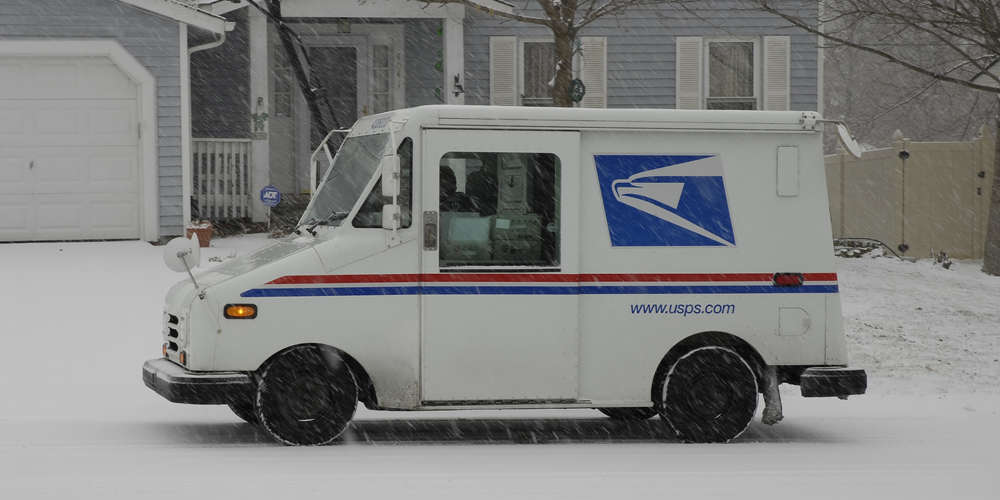 Last year’s holiday season was not exactly a merry one for the U.S. Postal Service. In the lead-up to Christmas, overwhelmed postal workers had to leave gifts sitting in sorting facilities for weeks. They delivered just 38 percent of greeting cards and other nonlocal first-class mail on time.

What should we expect this year?

USPS leaders claim they are ready for the rush. But customers have reason to worry about slower — and more expensive — service.

The service is aiming to hire 40,000 seasonal workers for the holidays. But that’s 10,000 less than last year — and given broader pandemic staffing shortages, recruitment and retention for these demanding jobs will not be easy. While the e-commerce surge that strained the system last year has declined somewhat, postal workers are still delivering many more packages than before the crisis.

And COVID-19 is not the only reason for concern. In fact, the root causes of our country’s postal problems are inaction by Congress and misguided action by USPS leadership.

For more than a decade, Congress has failed to fix a policy mistake that requires the Postal Service to set aside money to prefund retiree health care more than 50 years in advance. This burden, which applies to no other federal agency or private corporation, accounts for 84 percent of USPS reported losses from 2007 to 2020. If Congress had made the same demand of America’s strongest businesses, many would be bankrupt.

A bill to repeal this pre-funding mandate and put USPS on a stronger financial footing enjoys strong bipartisan support. But House and Senate leaders have not brought this bill, the Postal Reform Act, up for a vote.

In the meantime, U.S. Postmaster General Louis DeJoy is using the agency’s artificially large losses to justify jacking up prices and slowing deliveries.

If you’re planning to send holiday cards a significant distance this season, say from Pittsburgh to Boise, the USPS delivery window is now five days instead of three. These reduced service standards affect about 40 percent of First Class mail.

As part of a 10-year plan, DeJoy is also slowing delivery by 1 to 2 days for about a third of First Class packages. These are small parcels often used to ship highly time-sensitive medications, as well as other lightweight e-commerce purchases.

A big cause of the slowdown: DeJoy’s plan to cut costs by shifting long-distance deliveries from planes to trucks. This is a rollback of the introduction of airmail more than 100 years ago — one of many postal innovations that strengthened the broader U.S. economy.

For worse service, we’ll have to pay more.

In August, USPS raised rates for First Class mail by 6.8 percent and for package services by 8.8 percent. A holiday surcharge will raise delivery costs by as much as $5 per package through December 26. In January, rates for popular flat-rate boxes and envelopes will increase by as much as $1.10.

Next up on DeJoy’s plan: reduced hours at some post offices and the closure of others.

USPS officials argue these draconian moves will boost profits. But even the regulator that oversees the agency has criticized the underlying financial analysis.

Instead, DeJoy’s 10-year plan will more likely drive customers away. That, in turn, will lead to fewer of the good postal jobs that have been a critical path to the middle class, particularly for Black families.

Unless Washington lawmakers lift the financial burden they imposed on USPS, DeJoy will be empowered to keep up his self-defeating cost-cutting spree.

Postal workers and their customers have struggled to overcome the extreme challenges of the pandemic. Now it’s time for Congress to deliver by passing the Postal Reform Act and urging USPS leaders to focus on innovations to better serve all Americans for generations to come.

Scott Klinger is Senior Equitable Development Specialist at Jobs With Justice. This op-ed was distributed by OtherWords.org.