If You Call the Club Q Shooting a Hate Crime, You ‘Pander to the LGBTQ Community,’ Says CO Springs Conservative 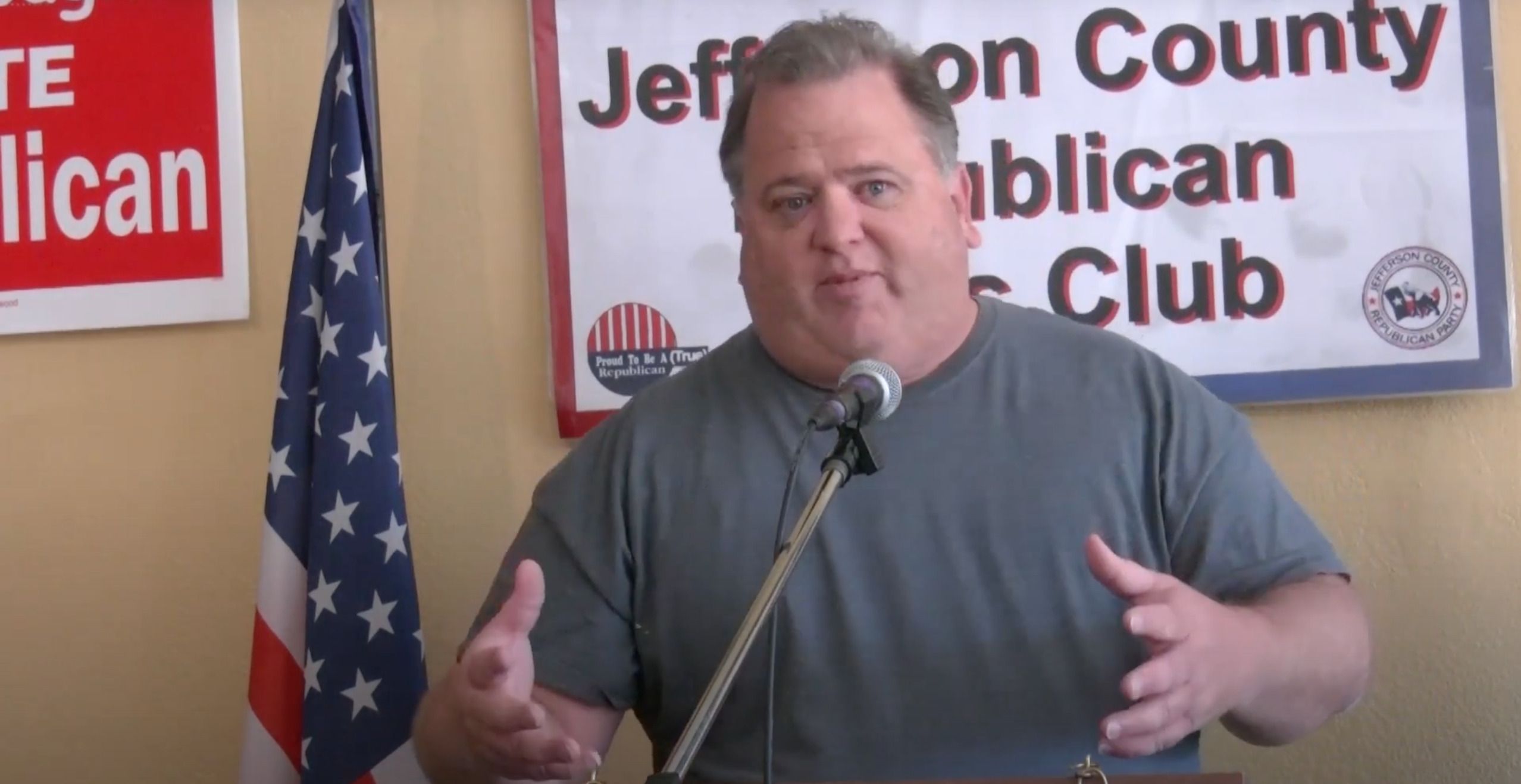 It’s over a year since the 2020 election, but teams of election fraud conspiracists are still going door-to-door in counties all over Colorado, searching for so-called “phantom votes” that they remain convinced — without evidence— actually exist.

“I was instrumental in getting walk lists [of voters] put together for counties all across the Eastern Plains, from Otero up to Larimer,” says Peabody. “El Paso & Douglas Counties are done. In Jefferson County we through one precinct, we have four precincts we’re targeting. Weld is done. In Boulder, I think they’re wrapping up as well. We’ve got a really good cross-section of the population of Colorado already covered. Then they’re going to start generating reports from their intelligence gathering uh in the next month or two. So we can see some progress there”

The “intelligence gathering” Peabody mentions is the canvassing effort. Volunteers wear homemade badges, which identify them as being part of an official-sounding group such as the “Voter Integrity Committee,” and tell people election fraud was committed in their name or using their address, thus promoting a conspiracy that election officials and experts say simply isn’t true.

USEIP’s own documents and internal chat logs reveal that at least some of the door-knockers are armed, and, furthermore, they show that at one point the group had at least two volunteers who were sex criminals.

USEIP’s earlier canvassing work in Colorado led Secretary of State Jena Griswold to issue an advisory in early September informing Coloradans of their civil rights and suggesting options for appropriate responses to the canvassers in order to protect voters’ privacy.

The statement also made clear that no official agency is involved in this effort.

“Any claim that door-to-door canvassing is official business of the Colorado Secretary of State’s office or the state of Colorado is false,” the release reads. “No state or local election office in Colorado is conducting door-to-door voter participation surveys.”

Reached for comment on the group’s ongoing efforts, Griswold reiterated her office’s previous statement and reminded voters that their ballots are private and that they are under no obligation to answer questions from canvassers.

“Unofficial door-to-door questioning of Colorado voters is nothing more than an effort to prove conspiracy theories and undermine voter confidence,“ said Griswold. “The fact is, Colorado has some of the most safe and secure elections in the country, and Colorado voters can be confident that their vote counts.

“I want to remind Coloradans that if an individual comes to your door and requests information about your voting history or registration status, you are not required to answer. Every voter’s right to a secret ballot is constitutionally protected in Colorado. If a door-to-door canvasser asks how you voted in a particular race, you are not required to tell the canvasser how you voted. If you feel harassed or threatened, please reach out to local law enforcement or the Department of Justice.”

Peters urged attendees of a QAnon conference to read USEIP’s “report” on her own county’s election data, written from confidential files she herself is under investigation for helping to steal, while Bishop helped organize multiple USEIP election-fraud conspiracy events.

On the Front Range, Jefferson County Clerk & Recorder spokesperson Kara Rowland confirmed that the Clerk’s office is aware of USEIP’s activity and, like the Secretary of State, reminded residents of their rights.

“We are aware that this group has been in Jeffco,” said Rowland. “We want to stress to our voters: You do not have any obligation to provide any information about your registration status or voting history to strangers at your door.”

A message left with Mr. Peabody was not returned. This article will be updated with any response received.