Booster Shots, Designed for New Covid Variants, Are Coming This Oct. What You need to know. 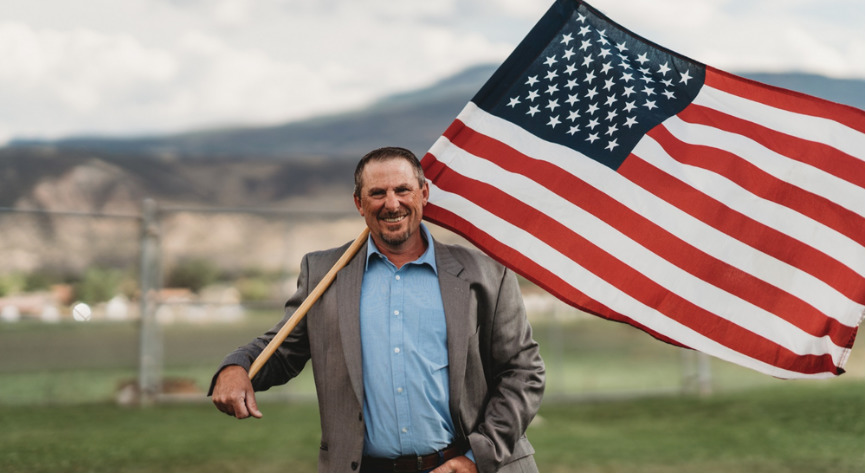 Bud Demicell, a registered candidate in this November’s election for city council in Rifle, Colorado, likely does not meet the residency requirements to run for municipal office.

According to Rifle’s official website, “to run for municipal office, a candidate must be a citizen of the United States, have resided in the City of Rifle for one year prior to the date of the election and be a qualified elector as defined by the laws of the State of Colorado. Additionally, a petition of nomination must be filed with the City Clerk.”

Demicell is a recently-arrived resident of Rifle, having relocated from the Pueblo West area within the last year. With his wife Mona, the Demicell’s are managing Shooters’ Grill, a restaurant owned by U.S. Representative Lauren Boebert (R-CO). Mona also reportedly works at Boebert’s campaign office in Rifle.

In order to qualify to be a candidate, Demicell would have had to be a resident of Rifle as of November 2, 2020.

However, social media posts by the Demicell’s from last October and November — weeks after the deadline for a presumptive candidate to establish residency in Rifle — show that Bud Demicell was still living in Pueblo through the middle of November. One post by his wife Mona indicates that he didn’t arrive in Rifle until Nov. 21, which would make him ineligible to run for city council in this election cycle.

As originally reported by Zachary Petrizzo in Salon, the Demicells have verified associations with QAnon, a group which traffics in debunked and discredited conspiracy theories. They have also promoted social media posts supportive of the anti-government militia group, the III%ers (Three Percenters). Salon also was first to report on social media posts by the Demicells which verify Bud Demicell’s noncompliance with Rifle’s residency requirements for city council candidates.

While a resident in Pueblo, Demicell was an activist for conservative causes. At a Columbus Day protest in 2020, Bud Demicell was identified as a counter protestor with nationalist Proud Boys and members of the white supremacist motorcycle gang, Sons of Silence. and he allegedly pulled a gun during an altercation with one of the protestors.

Also while residing in Pueblo, Demicell was involved in an effort to recall Governor Jared Polis, but stepped down from his position with that organization due to a conflict of interest with his involvement in an attempted recall of Colorado Senate President Leroy Garcia. At the time, Demicell also expressed interest in running for Garcia’s seat.

On his campaign website, Demicell says “he believes in leading by example, open lines of communication, complete transparency, and accountability for his actions as well as the actions of others.

Calls to the Rifle City Clerk since last Friday — inquiring about the filing of Demicell’s nomination petition to run for municipal office, including a request for a copy of his candidate affidavit and questions about the vetting process –have not been returned. This post will be updated with any further information, as available.

UPDATE (10/25/2021): An inquiry to Rifle City Manager Tommy Klein as to Demicell’s compliance with residency requirements elicited the following response, indicating that any potential challenge to Demicell’s candidacy has exceeded the 5-day deadline to do so, leaving him on this year’s ballot.

The City Clerk accepts applications from members of our community that wish to run for a seat on Council.  As part of this process, the potential candidates sign an affidavit under the penalty of perjury indicating:

1. They are a citizen of the United States, [and] 2. They have lived in Rifle for one year prior to the election.

Under our current code and state statutes, the City does not have authority to investigate candidates beyond assuring that signatures they present to the Clerk on the nomination petition are verifiable.  We ensure they filethe appropriate paperwork with the Clerk in a timely fashion and that they sign the corresponding affidavits evidencing their eligibility.  The Colorado Revised Statutes designate how and when a citizen can challenge the qualifications of a candidate, which would be in front of a court that is equipped to hear such a contest. The City does not have standing to file such a contest, only a registered elector of Rifle has that standing.

Colorado state statute confirms that “the qualification of any candidate may be challenged by an eligible le elector of the political subdivision within five days after the designated election official’s statement is issued that certifies the candidate to the ballot.”

By that criteria, the deadline would have been back in August of first part of Sept for a Rifle voter to go before a district judge to question the candidates’ legitimacy.