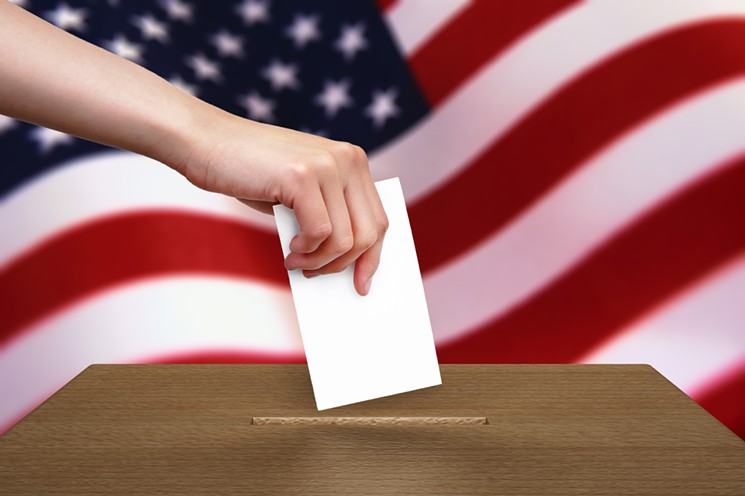 Republicans are mounting a comeback in Colorado. You wouldn’t know it looking at the election results from the past few years, but really, they’re trying.

Ever since 2016 when Donald Trump ate the party formerly known for being fiscally conservative, keeping government out of your business, and pushing equity-in-opportunity-not-equity in-outcome, Colorado’s Republicans have been in a catastrophic spiral culminating in Sen. Cory Gardner’s 9-point humiliation in the 2020 election.

Democrats in Colorado control the majority in both chambers of the legislature and every single statewide elected office with the exception of one at-large University of Colorado Regents seat currently held by aspiring podcaster and likely candidate-for-something-else Heidi Ganahl.

Despite plenty of evidence to the contrary, conservatives in Colorado still have some savvy folks on their side. There remain a few politicians, political operatives, and funders who want the conservative movement to weather this period of bad branding and come out on the other side of it, with Colorado voters hopefully having a short memory and forgetting about that whole Trump thing.

It starts by winning elections where no one will even know if a candidate is a Republican. Colorado’s municipal elections are non-partisan, so the party affiliation of the candidates does not appear next to their name on the ballot like in virtually every other election. Most voters are busy people with careers, families, and personal lives who don’t spend time researching every candidate for every office on every ballot. Generally, they’ll vote for candidates who align with their political views, and party affiliation is a really good signifier for that. But without that all-important D or R next to a candidate’s name, what do voters end up doing?

Former Republican Congressman Mike Coffman was able to come off his 11-point drubbing from Rep. Jason Crow in 2018 to eke out a 214 vote win in a 5-way race for Aurora mayor in 2019. Coffman won the mayor’s office with 35.8% of the vote, not exactly a landslide, and now it seems as if conservatives would like to finish the job of taking over Aurora.

Former Coffman congressional staffer Dustin Zvonek is running for Aurora City Council this year. Zvonek recently ran a dark money organization ironically called “Unite for Colorado” against now-Senator John Hickenlooper and for the tax-cutting and TABOR-worsening propositions 116 and 117 that spent at least $5.5 million dollars in the 2020 election. Unite for Colorado is in court for an alleged campaign finance violation which Zvonek disputes, in part, because he actually spent way more money than Unite ever disclosed.

Zvonek doesn’t tell you that he’s a career Republican political operative, and he says on his website he was the vice president of strategy and innovation for a national non-profit. He doesn’t tell you that non-profit is Americans for Prosperity, the Koch-backed dark money group that spends millions each election advancing Republican initiatives and candidates. In 2014, on behalf of Americans for Prosperity, Zvonek ran an attack ad that used the image of Sen. Mark Udall standing next to President Obama after consoling victims of the Aurora Theater shooting.

Families of the victims of the shooting quickly condemned the ad, releasing a statement that said, “the use of an image taken from the President’s visit to Colorado to meet with us after our children were killed in the Aurora theater shooting is an utter disgrace, and to insinuate the somber expressions were for anything other than their compassionate response to our heartbreak is beyond unconscionable.

Coffman is currently suing the City of Aurora for a campaign finance reform ordinance passed by the council that would prevent Coffman from coordinating with dark money groups … exactly like a dark money group created to benefit Zvonek himself.

Aurora voters routinely send strong, progressive people of color to the state legislature, which makes sense because it is the most racially diverse city in the state. Democrats make up about 35% of the electorate, unaffiliated voters are 43%, and Republicans are a mere 22% of voters in the city.

The GOP is using this progressive city to test out a strategy of helping politicians weather the storm of bad branding and re-emerge in local office.  It’s an interesting idea from a strategic political standpoint. It’s also not in the best interests of Aurora residents. Progressive candidates and organizations would do well to mount a serious opposition because if it works in Aurora, it can work virtually anywhere in Colorado.

Ian Silverii is the founder of The Bighorn Company, an adjunct professor at the University of Denver, and the former director of ProgressNow Colorado. Follow him on Twitter @iansilverii. This article originally appeared in The Denver Post on May 24.