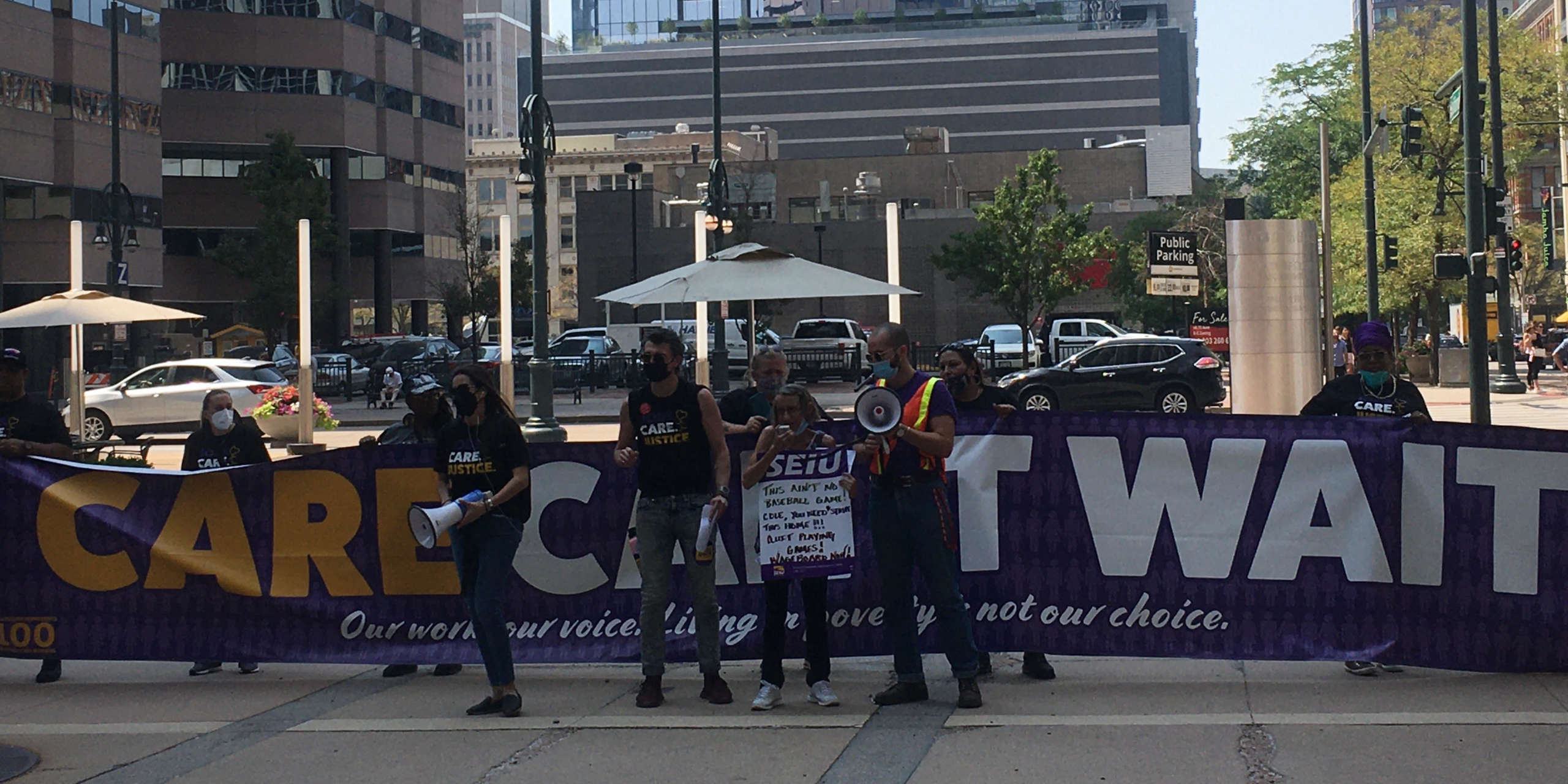 Today, a rally was held in front of the office of the Colorado Department of Labor and Employment (CDLE) to demand that the department convene a wage board to review safety practices and wages in the care worker industry.

“The home care industry is in crisis. Clients are falling through the cracks, home care workers are falling through the cracks,” said Cody Jabukowski, a member of CCWU, who has worked in the care industry for eight years. “In the wealthiest nation in the world, this should not be an issue at all. We’re underpaid, undervalued. People respect us with their words all the time, I want them to respect us with pay.”

In January, CCWU successfully petitioned the Department of Labor and Employment to convene a wage board. Under Colorado Law, a wage board would assemble workers and stakeholders in an industry to review wages and find ways to improve working conditions and treatment.

According to several care workers at the rally, the wages they received were insufficient for the work they perform on a day to day basis.

“Eighty to ninety percent of my life that I’m awake, I’m at work,” said Bernecia Ofori, a CCWU leader who has been a care worker in Colorado since 2009. “And it’s really not fair. I shouldn’t have to have two to three jobs just to maintain a life, you know? To afford gas and rent and food and stuff for my family.”

“I moved into my van last August so that I could afford to live in this city, so I could save on rent, because the cost of living is absolutely outrageous,” Jabukowski told the Colorado Times Recorder. “You have to make $22 an hour in order to comfortably afford to live in Colorado. The median wage for caregivers is $14.18 an hour.”

While the previous petition effort by care workers was successful, many of them say that in the seven months since then, the CDLE has been reticent to follow through on their legal obligation. Many members of CCWU are tired of waiting, with the crowd chanting “Time’s Up!” at multiple points during the rally.

“We haven’t really gotten any movement on it,” said Jabukowski. “They’ve been dragging their feet, so to speak, and that’s why we showed up to their office today.”

Jabukowski continued, “The last time we planned an action to show up in front of their office, they sent an email saying, okay, they’re ready to talk. And then nothing happened. So we actually came out this time.”

During the rally, attendees briefly entered the lobby of the CDLE office. As they filed out, they began to chant, “We’ll be back!”