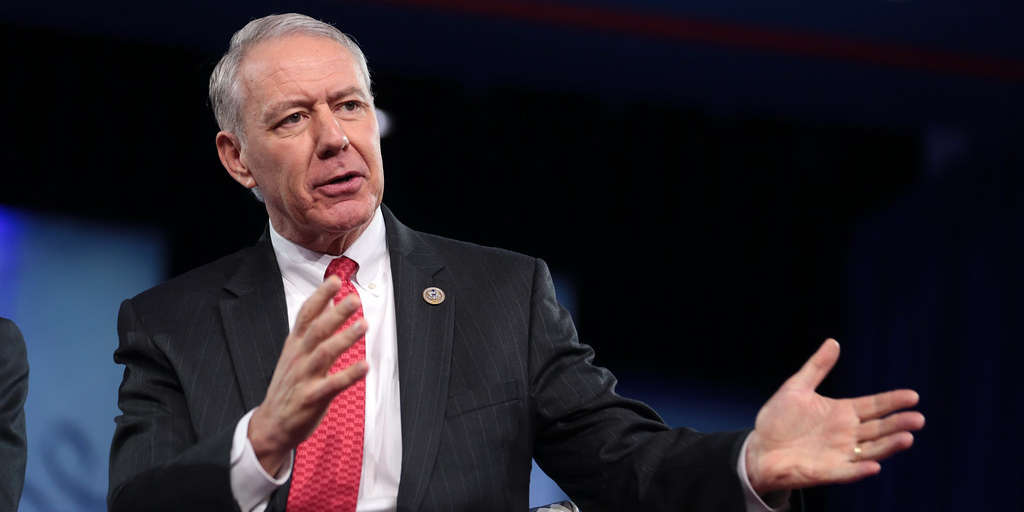 On Monday, U.S. Rep. Ken Buck (R-CO) sent a fundraising email to his subscribers with an unusual title: “Delete After Reading.”

The email opens with a Donor ID number, followed by “Status: Confidential – Do Not Share.”

From there, the message is comprised of various appeals to right-wing conspiratorial thinking, including spreading suspicion about the true nature of COVID-19.

“Friend, I need your help,” the message reads. “The Woke Left and Big Tech led by a group of Washington Elites are trying to silence me.

“It sounds crazy, but then again they want us to believe COVID came from a bat, right?” [Emphasis added.]

The widely accepted consensus among scientific & medical experts is been that COVID-19 was spread to humans from contact with an infected bat and did not leak from a laboratory. More recently, U.S. President Biden called for an investigation into the possibility that COVID-19 came from a lab. However, the lab leak theory remains a possibility, far from certainty.

It is uncertain what is so “crazy” about the idea that “COVID came from a bat.” A recent review of existing COVID data by over 20 leading virus experts from around the globe, found that “there is currently no evidence that SARS-CoV-2 has a laboratory origin.”

One of the authors, Dr. Steven Goldstein, an evolutionary biologist at the University of Utah, told the Salt Lake City Tribune, that the most likely scenario is the pandemic began at the Huanan Seafood Wholesale Market in Wuhan.

“If you look at where the first cases in Wuhan were, there’s a really striking concentration of those cases starting in the neighborhoods surrounding this market and spreading outward from there, said Goldstein. “There’s no real reason to put any weight on the possibility of a lab leak right now.”

“We contend that there is substantial body of scientific evidence supporting a zoonotic origin for SARS-CoV-2. While the possibility of a laboratory accident cannot be entirely dismissed, and may be near impossible to falsify, this conduit for emergence is highly unlikely relative to the numerous and repeated human-animal contacts that occur routinely in the wildlife trade.”

In a phone conversation, Buck told the Colorado Times Recorder, “What I believe is that President Trump raised a very legitimate issue about the virology lab in Wuhan and the possibility that this virus came from that lab, and escaped from the lab.”

Buck further clarified that “they” (who “want us to believe COVID came from a bat”) refers to “the Chinese Communist Party,” who are not mentioned at any point in the email.

The email also contained a claim that Buck had been surreptitiously censored by Big Tech companies.

“They’ve been attempting to block all my emails and texts with me trying to get in touch with you,” it continues, “because they know the only way I’m going to be able to stop their Socialist Agenda is by having Grassroots supporters like you step up and give whatever you can so we can build up a defense against them.”

During his tenure, Buck has actively campaigned against large tech corporations. Buck is a member of the House Judiciary Committee’s Subcommittee on Antitrust, Commercial, and Administrative Law, which has introduced multiple bills targeting Big Tech.

In a video leaked earlier this month, Ken Buck made the baseless claim that Google covertly influenced the 2020 Presidential election, and that it apparently changed its algorithm to favor Biden over Trump. He does not explain how Google would be capable of changing the course of the election so severely.

The idea that Big Tech is silencing conservative voices has been a common Republican talking point. Earlier this month, former president Donald Trump filed a class-action lawsuit against Facebook, Google, and Twitter, accusing them of, among other things, algorithmically censoring Republicans such as himself.

“Big Tech has clearly tried to silence President Trump by taking him off their platforms, by removing posts and censoring speech,” Buck said.

Buck routinely voices these concerns on his own podcast, “Shootin’ Straight with Ken Buck,” which he promotes on all of the same platforms (Google, Apple, Facebook, Twitter) he decries. He says “numbers have gone down dramatically with Youtube and Facebook,” claiming this is the result of Big Tech “shadowbanning” him.

He continued, “I have had tweets shadowbanned on Twitter … So yes, I think these big tech companies have put me in their sights like they have others — and I don’t suggest for a minute that the Left isn’t shadowbanned also — but I know of books that Amazon is shadowbanning, and these Big Tech companies are known for censorship.”

Big Tech purported censorship is the hook for the email’s personal touch. Buck reveals the purpose of the supposed Donor ID: “Because this is so important, I’ve assigned you a specific Donor ID so I can tell if Big Tech is blocking this message.”

The Colorado Times Recorder reviewed multiple accounts that received Buck’s fundraising email; each had the same number “12650” for its Donor ID.

The last line is equally worthy of skepticism, considering the decidedly non-private nature of most email platforms:

“Please delete this message after reading to be sure Big Tech doesn’t block further communications,” it concludes.

From the origin of the coronavirus to imaginary email privacy gimmicks, Buck is attempting to scare his supporters into giving him money by serving them a stiff cocktail of conspiracy. Both are tied together with a narrative straight out of a Hollywood spy thriller: Ken Buck has a top-secret mission for you. That mission is to give him money so he can defeat the “Woke Left.”