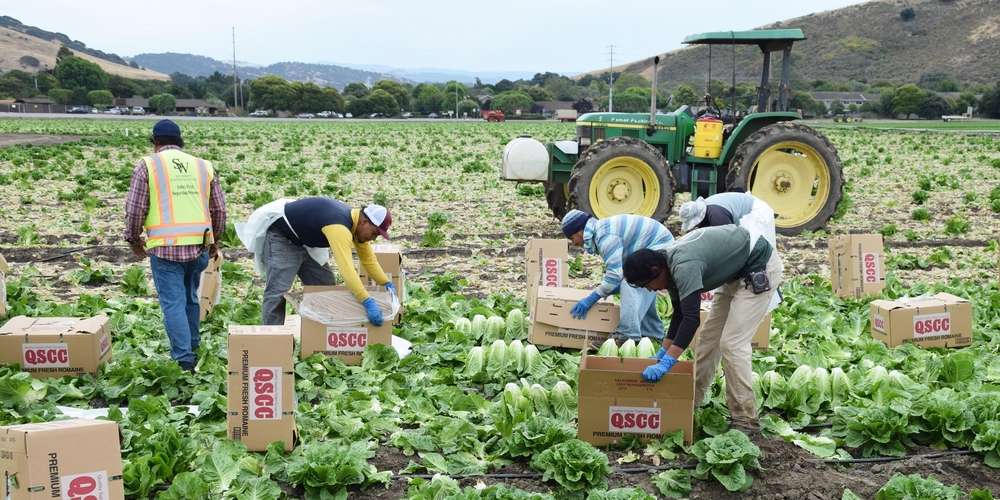 Two farm workers died during a recent heatwave in Washington and Oregon. While this is outrageous, it’s not unusual. Farm workers die in hot weather every year.

Part of the reason is climate change — as temperatures soar, outdoor working conditions get deadlier. But another part of the problem is centuries old.

The fact is that Europeans brought an exploitative agricultural system to this continent. Although its form has changed throughout time, our food system is still built on exploited labor.

Farmers are price takers twice over. They purchase equipment, fuel, seeds, and credit at prices set by the market, and they sell what they produce at prices determined by the market as well. As farms often operate on thin margins, one way to compete is by exploiting labor.

Until 1865, one form of exploited agricultural labor was slavery. After the Civil War, the U.S. government broke a promise to give freed African Americans 40 acres and a mule, leaving them vulnerable to exploitation by white land owners.

Even the New Deal left these workers out. In order to secure the votes of southern segregationists, the New Deal’s labor reforms excluded domestic workers and farm workers. Both jobs were often done by African Americans.

In California, Anglo Americans exploited one ethnic group’s labor after another — including Native Americans, Chinese, Japanese, Indians, and Filipinos. During the Dust Bowl, they employed poor white “Okies” from Oklahoma. Today, the hard work is chiefly done by Mexicans and Mexican Americans.

Nowadays, farm workers are paid piecemeal rather than hourly — which incentivizes long hours without breaks, which can be deadly in a heat wave. Farm workers and their families are also often exposed to pesticide drift.

The result is an efficient system that produces large amounts of cheap food. Americans spend less of their disposable income on food than people from any other country. That’s a good thing by itself — but the price is paid by exploited laborers.

Exploited populations have always been people who are vulnerable in some way. They are often the targets of racism and sometimes coerced by violence.

For example, when Anglo-Americans first settled the Owens Valley, California, they declared Native Americans’ ancestral lands private property and deprived them of their food sources. The settlers controlled Natives by violence, forcing some to serve as a compliant workforce in order to survive. Others resisted or died.

Today, citizenship and documentation are sources of vulnerability.

Workers without papers may avoid going to the authorities when they’re victims of wage theft or inhumane working conditions because they fear being detained or deported. A study of large lettuce farms in Arizona and California found that hiring undocumented immigrants allowed farms to push workers to work harder and faster because of their fear of deportation.

Plenty of billionaires, like Bill Gates or California’s Resnick family, profit from agriculture. I feel no sympathy for them. But we do need to consider the pressures on family farmers, as well as the need to keep food affordable.

The solution needs to involve labor rights for farm workers, more democratic land ownership, and more general efforts to mitigate climate change and reduce poverty. In short, it’s time to move away from the exploitative farming system we inherited centuries ago.