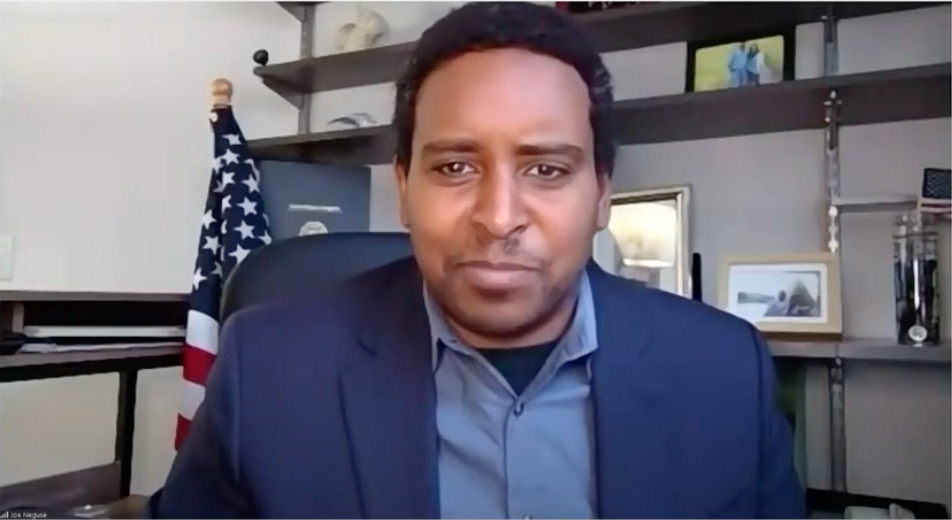 During a congressional hearing on Friday, U.S. Rep. Joe Neguse (D-CO) emphasized the importance to communities in Colorado of taking action to address climate change.

“In 2020, we had a devastating and historic year for wildfires. Three of the five largest fires in state history occurred in the last year, and two of those were in my congressional district,” said Neguse during the hearing, referencing the Cameron Peak and East Troublesome fires.

The American West has been impacted by severe droughts in the past several years, with global climate change only aggravating the effects. Colorado has been wracked by increasingly devastating wildfires.

“Unfortunately, we can expect to see fires of this magnitude in the coming decades if we don’t address climate change in a bold way,” said Neguse at the hearing of the House Select Committee on the Climate Crisis, which was titled “Building Climate Resilient Communities.”

In his statement, Neguse demonstrated continued support for the establishment of a national Civilian Climate Corps, which he called the “most meaningful pathway” toward bold action against climate change and rebuilding communities in the wake of natural disasters.

In the past, Neguse has made his support for such measures clear. In March of this year, he introduced the Civilian Climate Corps Act, which would authorize the creation of such an entity through the use of existing national service programs. If it were established, a Civilian Climate Corps would, in Neguse’s words, “make bold investments in climate solutions and the workforce needed to implement them.”

For Colorado specifically, Neguse said that a Civilian Climate Corps would address the “work that is necessary in our public lands, wildfire resiliency, mitigation, and so forth.”

The proposal hearkens back to the Civilian Conservation Corps (CCC), established by President Franklin Delano Roosevelt in 1933. A lauded hallmark of Roosevelt’s New Deal, the CCC employed roughly 3 million men during its nine-year tenure and created vital infrastructure that is still used today.

“I’ve been engaged in efforts to establish a reimagined 21st century corps for many months, and we’re grateful for President Biden’s eagerness to fund this proposal,” Neguse said previously. “… A reimagined civilian climate corps would create jobs, help us tackle the climate crisis and engage the next generation in efforts to restore our lands and communities. As we navigate the COVID-19 recovery, this proposal will be crucial for the west to get back to work meeting the challenges faced by our communities.”

The hearing’s witnesses, three mayors from major U.S. cities, all concurred with Neguse on the importance of programs like the Civilian Climate Corps, on both the state and national levels.