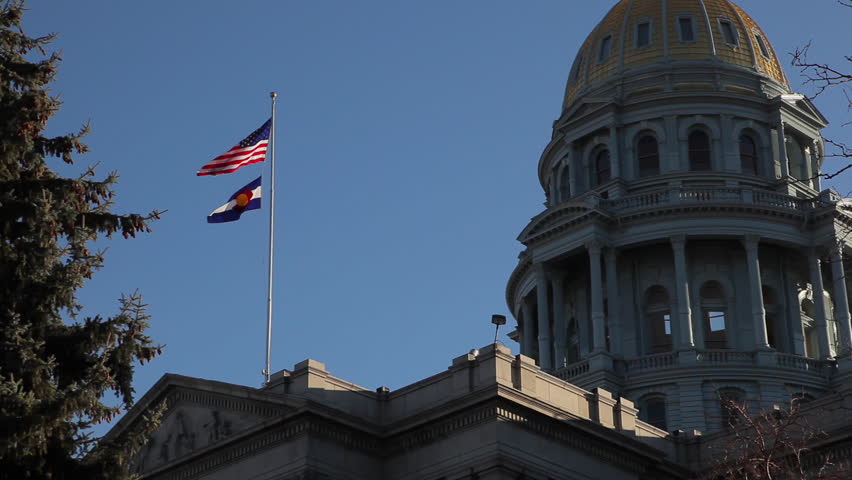 The 2018 Colorado governor’s race is ever-changing, with a huge range of candidates on both sides of the aisle. Here’s a snapshot of who’s running to replace term-limited Colorado Gov. John Hickenlooper (D).

U.S. Rep. Jared Polis, the Boulder Democrat who represents Colorado’s 2nd Congressional District, announced his gubernatorial bid in June. He told The Denver Post his platform would focus on getting the state to 100 percent renewable energy by 2040, providing free access to full-day preschool or kindergarten for those three and older, and encouraging companies in Colorado to provide stock options to employees. He would be Colorado’s first openly gay Governor.

Johnston is a former state senator who represented northeast Denver from 2009 until last year. During his time as a lawmaker, Johnston championed criminal justice reform, banning the use of chokeholds in law enforcement and pushing the CLEAR Act. He advised Barack Obama on the education in his 2008 campaign, and has said he plans to focus on making college more affordable. He had a record-breaking fundraising period, with at least $625,000 for the first quarter of 2017. He’s vowed not to accept money from political action committees (PACs).

Kennedy served as state treasurer from 2007 to 2011, then as Denver’s chief financial officer and deputy mayor. She’s said education would be her top priority. In 2000, she wrote and led the campaign for Amendment 23, which reduced budget cuts to public schools. She told The Colorado Independent that her biggest feat as state treasurer was implementing the Building Excellent Schools Today (BEST) program, which allocated funds to build new schools and renovate existing ones. Kennedy announced her campaign in a controversial Facebook live video.

Colorado Lieutenant Gov. Donna Lynne is one of the latest additions to the Democratic side of the race. Despite her lack of experience as a political candidate, she touts her position in the state’s No. 2 ranking job as evidence she’d make a great governor. “I have seen how our government works, and I know what we need in the next governor,” Lynne said at a press conference announcing her candidacy. “We made tremendous progress under Gov. John Hickenlooper but there is more that we can do.” As the former president of Kaiser Foundation Health Plan of Colorado, Lynne has been Hickenlooper’s point person on health care issues.

As the current state treasurer and a second cousin to George W. Bush and Jeb Bush, Stapleton is among the Republican candidates with the most name recognition. Stapleton is a huge supporter of the oil and gas industry, and would likely advocate for weaker government regulations if elected. He also plans to dismantle Colorado’s health care exchange that was created under Obamacare.

Businessman Victor Mitchell, who served one term in the Colorado State House in 2007, has founded and run several businesses in the wireless, technology, manufacturing and real estate fields. He told The Denver Post that he believes “people really want an outsider, somebody that knows how to fix things and problem solve in a meaningful way.” He’s also said, “We need business people who are proven managers.” As governor, Mitchell would focus on cutting business regulations to spur economic growth and increasing transparency for marijuana tax revenue. He’s also been an outspoken supporter of the Taxpayer’s Bill of Rights (TABOR).

Robinson is yet another candidate with business experience who touts his status as an outsider in Colorado politics. He did, however, help run his uncle Mitt Romney’s unsuccessful 2012 presidential campaign in Colorado. He also considered a U.S. Senate run last year but quickly withdrew his candidacy. A recently-retired investment banker, Robinson played a key role in running the anti-recreational marijuana lobbying group Smart Colorado. When it comes to the issues facing Colorado, Robinson told the Denver Post he’d focus on the state budget, which he called “a mess” and wants to improve by cutting spending.

Lopez is the former mayor of Parker, CO, the former state director of the Small Business Administration, and a U.S. Air Force veteran. He told CBS 4’s Shaun Boyd that as governor, he’d focus on representing all of Colorado’s 64 counties, not just the Front Range, in addition to ensuring that minority communities have a voice in the state. If elected, he would become Colorado’s first Hispanic governor.

Updated 4/28/17 to include an additional announcement from Doug Robinson.

Updated 7/10/17 to include announcements from Jared Polis, Greg Lopez, and Steve Barlock.

Updated 7/17/17 to reflect Ed Perlmutter’s announcement that he would drop out of the race and not run for re-election in Colorado’s 7th District.

Updated 9/8/17 to include an announcement from Donna Lynne, in addition to Kent Thiry’s announcement that he won’t run.

Updated 11/17/17 to reflect George Bracuhler’s decision to drop out of the race and run for attorney general instead, as well as announcements from Cynthia Coffman, Walker Stapleton, and Tom Tancredo.

Updated 6/11/18 to include candidates on primary election ballots only.