People who don’t seem to know anything but think they know everything: Derrick Wilburn edition 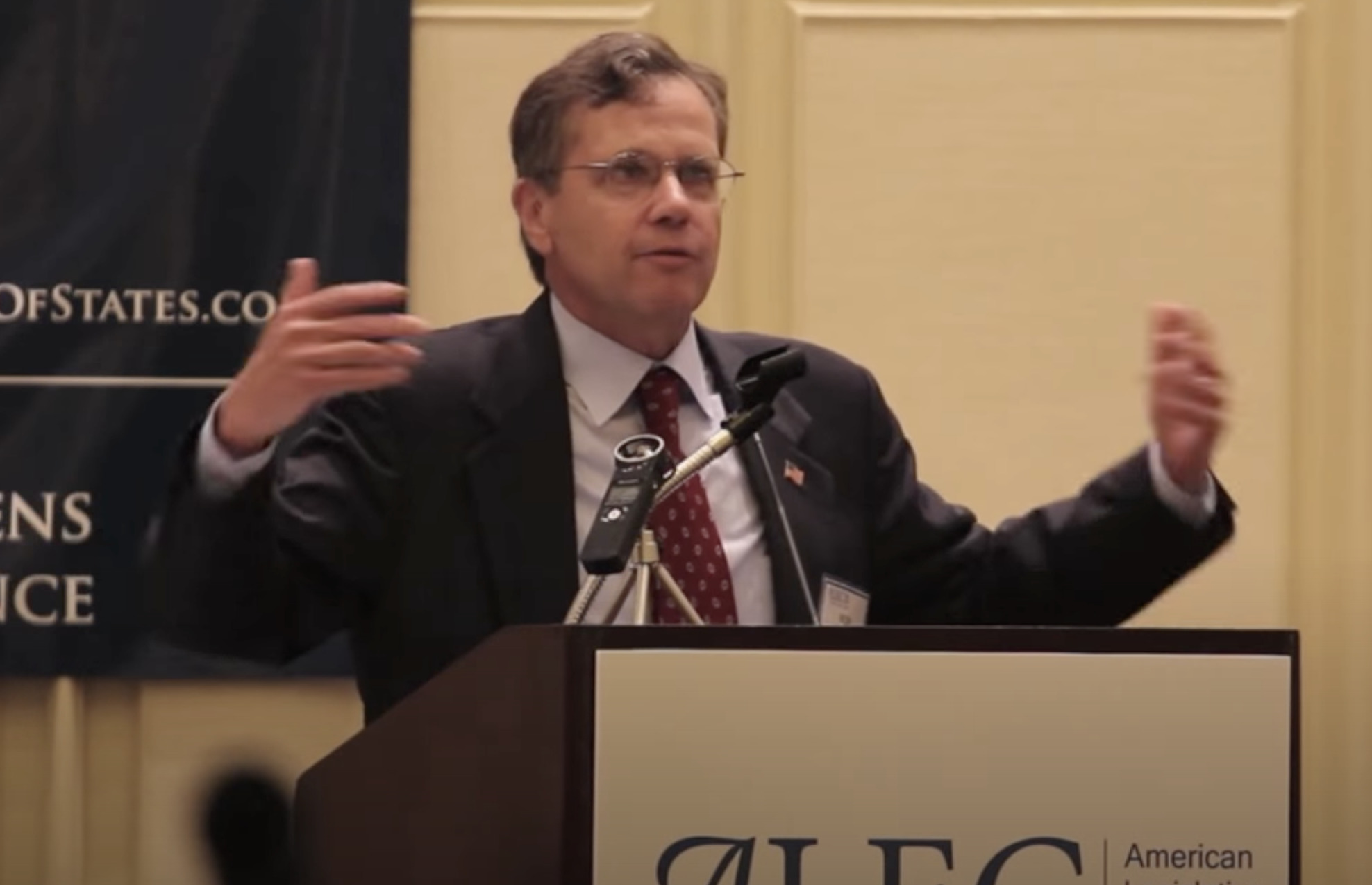 An Arizona lawmaker thanked a Colorado conservative last week for educating the Arizona legislators about their authority to challenge the state’s certified 2020 presidential election results–and about their ability to conduct an audit on ballots cast in the populous urban center of Maricopa County.

Rob Natelson, a senior fellow at the Independence Institute, a local conservative think tank, denies advising the AZ legislators to launch the audit. He said that the AZ lawmakers invited him to present over two Zoom calls, and that he incurred no expenses in giving his presentation.

“I wanted to give a shout out to Rob Natelson, our country’s premier Constitutional scholar, who educated the legislators in Arizona on the plenary power we possess in elections, our abiliyt to do the audit, and our responsibility to finding the truth, all at no cost,” stated Arizona state Sen. Kelly Townsend, a Republican, on Telegram, a messaging app that’s been described as a haven for the far right.

In response to an inquiry from the Colorado Times Recorder, Natelson said:

“My communications with the [Arizona] legislature were limited to clarifying issues of constitutional law. I informed lawmakers that … the Constitution grants the state legislature power to determine the method of choosing presidential electors. I said that they should take action only if they thought there were irregularities and if they thought those irregularities might have changed the election result. I don’t recall suggesting any particular course of action.”

Arizona Sen. Kelly Townsend (R-Mesa) did not respond to a request for comment regarding her social media post mentioning Natelson, who is a weekly columnist for The Epoch Times.

The “recount” of all 2.1 million ballots cast in Maricopa County, Arizona, was launched by the GOP-controlled AZ state senate in late April, five months after the 2020 presidential elections results in AZ were certified and following two formal audits of random samplings of Maricopa ballots and a formal hand-recount that revealed no discrepancies.

By statute, formal audits are required before certifying results in more than 40 states, including in Colorado.

The GOP review of Maricopa ballots been controversial since its inception. Certified auditors, the Republican Maricopa Clerk and Recorder, and Election Board supervisors have questioned the methods used in the procedure and the team conducting it.

Contracted by the AZ senate to conduct the recount, the Florida-based private company Cyber Ninjas is headed by a known election fraud conspiracist and Trump supporter who questioned the veracity of the election results early on, without evidence. Members of the team have been identified as participants at the storming of the U.S. Capitol on Jan. 6. There are no criteria for bipartisan representation on the Cyber Ninjas team.

The process has widely been reported as illegitimate, with allegations of political motivations driving it and referring to the process as “a sham,” “a partisan inquisition,” “a charade,” and “a ‘fraudit.‘”

The Maricopa recount comes after the failure of over 60 lawsuits were filed to challenge and overturn election results in various states, and has spurred calls for similar third-party recounts in all states.

Conservative lawmakers and candidates have made the issue a litmus test for conservative support and have used it to boost fundraising efforts.

Politicians from at least a dozen states, including Colorado Resentative Ron Hanks (R-Penrose), have visited the “recount” site, and expressed their hope of replicating the election review elsewhere. Many observers are speculating that the intent is to raise doubt around the election results while undermining confidence in election processes without legitimate cause.

“What I think about the Maricopa County election is unimportant,” said Natelson. “As I stated to Arizona lawmakers what is important is whether they think it might have been corrupted. If they did, then obviously they have a duty to investigate, since the legislature established the procedure for choosing presidential electors and should ensure that the procedure is an honest and accurate one.”

When asked if the Phoenix-area recount was a case of state legislatures breaking “the power of corrupt big city politics in presidential elections,” Natelson replied, “Not being familiar with the audit process or with the Maricopa County political system, I have no opinion.”

Asked about the the legitimacy, transparency, and accountability of the process underway in Maricopa County following his presentation to Arizona legislators, Natelson said, “I’m not familiar with how the audit is being conducted.”

Natelson has opined that Colorado’s all-mail balloting procedure could violate federal statute in presidential elections, and contends that this “irregularity” could have “cost trump the election.” He cites circumstantial evidence in his claim that “the election was compromised in at least six swing states.”

However, when asked if he would advise a challenge to Colorado’s 2020 election results, he responded that he really doesn’t follow Colorado affairs, and “no one has ever come to me with such a question, much less provided any relevant data.”

As to whether he believes that Colorado’s election results have ever been corrupted or compromised on a widespread scale, Natelson said, “I have no clue—again, other than my legal concerns about extended balloting in presidential elections.”

Natelson says he has had no contact with Trump campaign advisors or attorneys, and maintains that he is “not exactly a huge Trump supporter.”

On social media, the Maricopa recount has drawn support from accounts that feature hate symbols associated to white nationalist ideology, QAnon conspiracy subscribers, and militia sympathizers, as seen in ‘Pepe the Frog‘ and ‘Punisher‘ iconography in the memes below.

The memes are urging a Maricopa-style recount in Colorado. Rep. Hanks is mentioned, seemingly for his role as a sympathetic observer and supporter of the Arizona “recount.”

When asked if these extremist alt-right affiliations raise concerns for the legitimacy of challenges to the 2020 election results in Arizona and Colorado, Natelson distanced himself from any support of extremists.

“I don’t care a hoot what any Colorado white nationalists or QAnon (all 12 of them) might think,” Natelson said. “Or for that matter, what extremists of the left think. My job is constitutional education and research and my interest is in ensuring Americans, including lawmakers, understand the Constitution.”