After Refusing to Meet With Obama Supreme Court Nominee, Gardner Touts His Meeting With Trump’s Pick

Anti-Abortion Extremism is Scaring Voters. It Should. 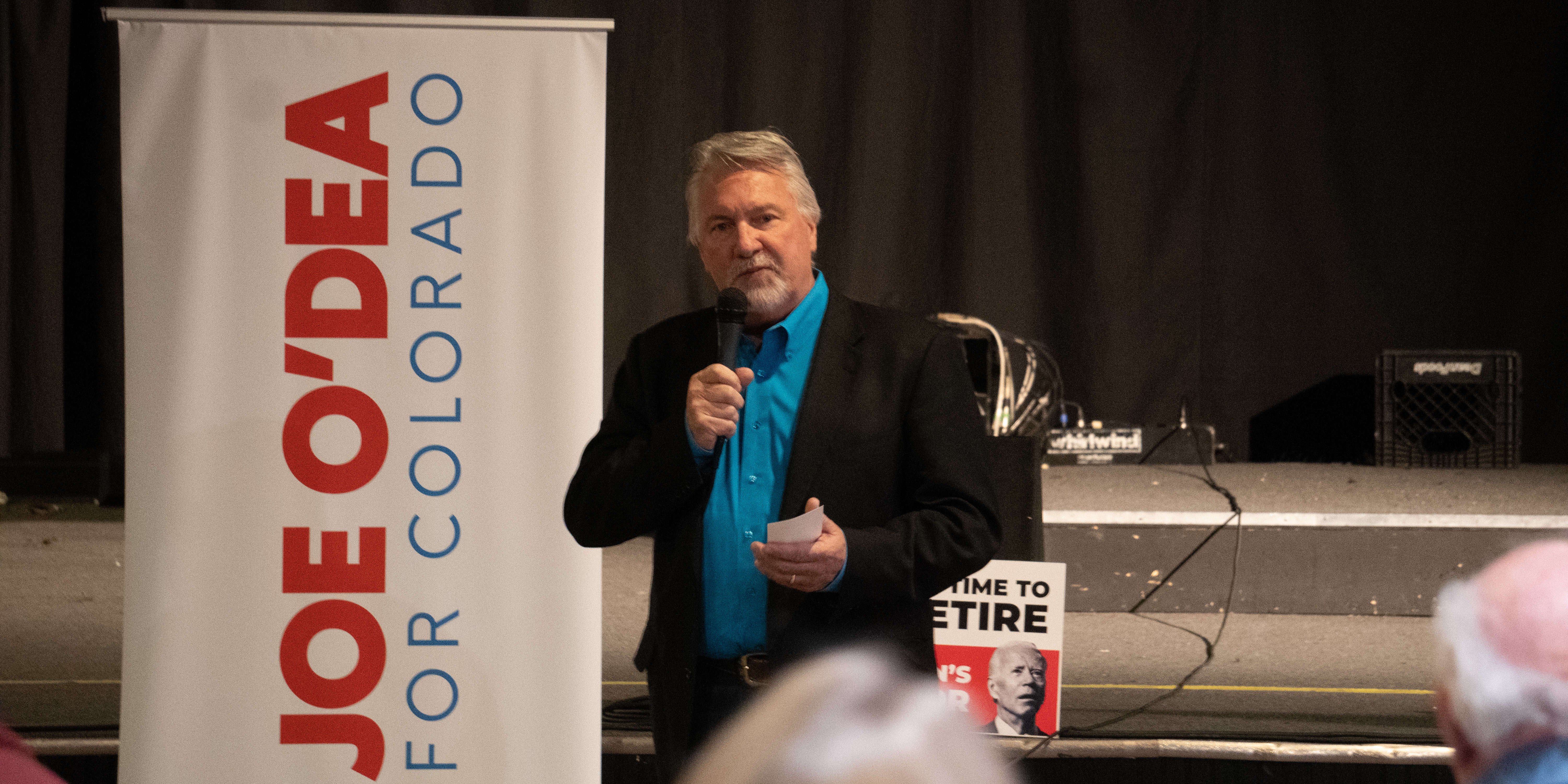 “I’m not running on social issues,” said O’Dea, a Republican, on KNUS. “It’s in place right now, Roe v. Wade, I wouldn’t vote to overturn that. I’m not running on social issues, that’s not what is important to working Americans right now. It’s the economy, it’s about gas, it’s about crime, those are the things that resonate with working Americans right now.”

Colorado voters overwhelmingly support the right to an abortion. Ballot initiatives, which would ban all abortion, including for rape and incest, have consistently been proposed — and rejected — by voters in Colorado during election years since 2008, which saw Amendment 48, the nation’s first “fetal personhood” initiative. Signatures are currently being collected for Initiative 56, the sixth attempt at banning abortion in Colorado.

During an April 20 campaign stop in Brighton, O’Dea criticized Colorado’s Reproductive Health Equity Act, which enshrines the right to an abortion under Colorado law. “Well, actually, if [Roe v. Wade] gets overturned, it’s going to push it to the states,” said O’Dea in response to a question about what kind of legislation he would support around abortion. “And this bill [Reproductive Health Equity Act] that just came through at our gold dome, that Polis signed a couple of weeks ago, to me, it’s reckless, it approves third-term abortions, and I’m not in favor of that. So it’s going to be a local-level issue.”

The next day, O’Dea tweeted that “abortion was legal long before your grandstanding bill this year and even before Roe,” implying that he does not believe Roe is threatened and ignoring the fact that before Roe, abortion was once not a constitutional right in the United States. At the time, he did not reply to a tweet asking if he supports Roe.

O’Dea is competing against Rep. Ron Hanks (R-Cañon City) in the June Republican primary. Hanks describes himself as “pro-life” and was a sponsor of state Rep. Dave Williams’ (R-Colorado Springs) extreme personhood bill, which would have allowed for the impeachment of any Colorado judge who refused to charge women or doctors with homicide for providing abortion-related medical care.

Hanks’ recent support for Williams’ bill, which would have completely banned abortion in Colorado, is at odds with his statements from a 2010 Vote Smart survey from his unsuccessful California Congressional run, where he said he would support abortion in cases of incest, rape, or when the life of the mother is in danger. “I am pro-life, but I will hold open a measured and narrow window for medical experts – and I am not one – to provide expertise and guidance in specific situations,” he responded. “We should not consider abortion a form of birth control without consequences, nor advocate it as such to our children. We must promote adoption, and remove the shame from carrying a child to term. No federal funding, and this issue would be better addressed by the individual states.”

Last year Hanks told Colorado Politics, “My answers from that survey remain valid and are my positions to this day.”

As the U.S. Supreme Court is poised to rule on the Dobbs v. Jackson Women’s Health Organization case, 26 states are ready to ban abortion. In response, Colorado has passed RHEA to protect abortion access, while other pro-abortion states, like Connecticut, are considering additional legislation to protect abortion providers from extradition as states like Texas and Oklahoma move to criminalize not just abortion, but anyone who aids or abets someone seeking access to abortion.

“Joe O’Dea and Ron Hanks’ opposition to abortion rights is far out of step with Coloradans,” said American Bridge spokesperson Aidan Johnson in a news release. “And with Mitch McConnell’s Supreme Court poised to overturn Roe v. Wade, it’s clear their opposition to Roe v. Wade and abortion rights should disqualify them from representing Colorado in the U.S. Senate.”