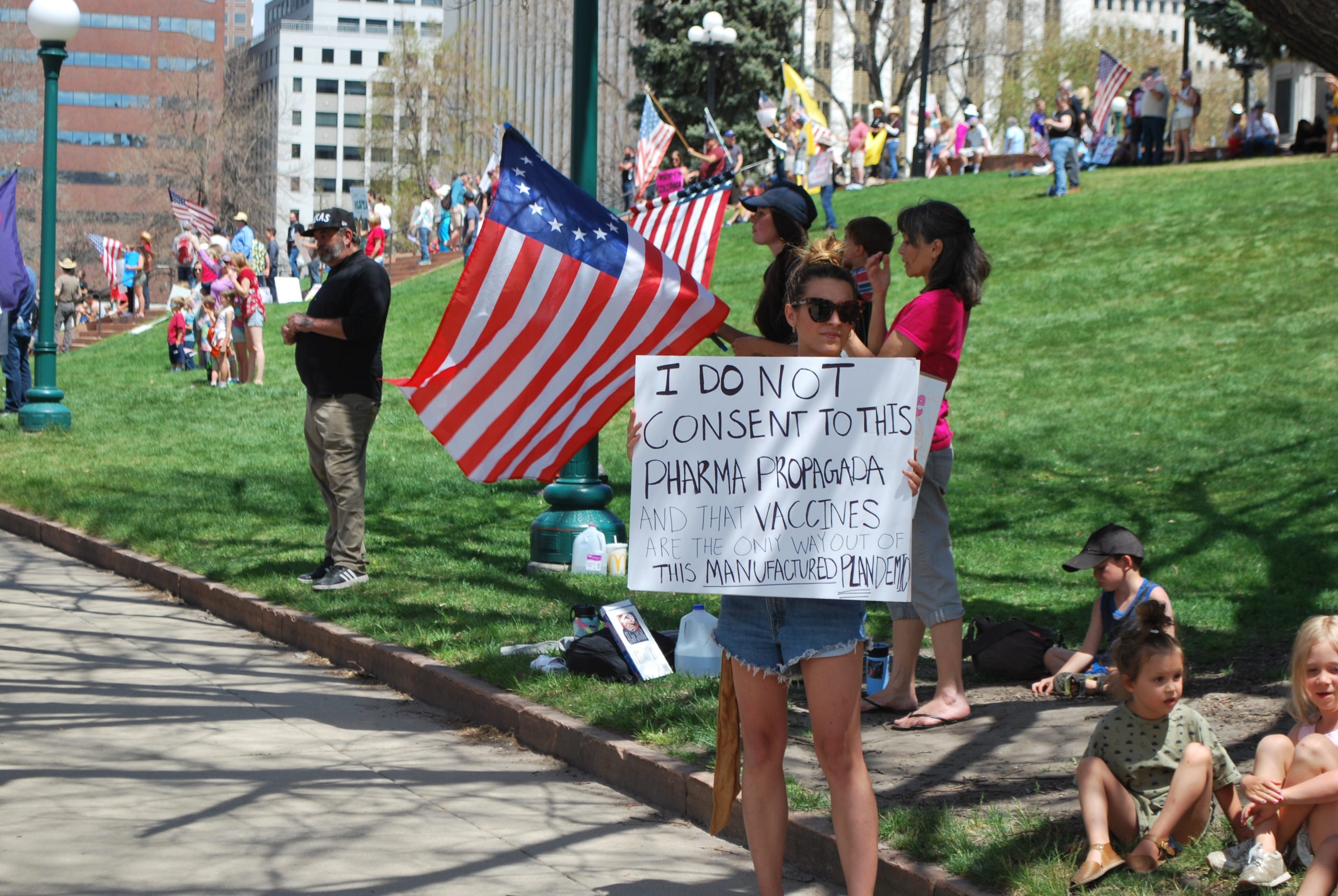 State Rep. Kim Ransom (R-Littleton) is taking a stand against discrimination–discrimination against those who refuse to get the COVID jab, that is.

Ransom and state Rep. Tonya Van Beber (R-Eaton) sponsored a bill that aimed to prohibit all Colorado employers (including health facilities) from taking action against employees and job applicants based on whether they’d received a COVID vaccination.

The bill, “Prohibit Discrimination COVID-19 Vaccine Status,” was killed May 12 in a committee vote along party lines, with all Republicans in support.

The legislation also would have ensured that government agencies, the state, businesses, and health insurance agencies could not discriminate against patrons based on vaccination status.

Despite the bill’s apparent death, Ransom is sticking to the issue in part because she’s concerned about the government requiring proof of vaccinations in a variety of situations, she told KHOW’s Dan Caplis May 14.

“I am hearing from constituents, and I’ve been getting emails all day, and phone calls as well, from people who are concerned that the government may start requiring–the equivalent of passports–but the ability people to show their paperwork that would confirm that they have received a COVID vaccination,” Ransom told Caplis. “And not just the government requiring this. Sometimes government uses businesses to enforce what they’re trying to accomplish.”

As an example of the government puppeteering businesses, Ransom pointed to Gov. Jared Polis’ recent executive order stating that, if 80% of people are vaccinated in a group, then people can take off their masks.

“And if you look at the governor’s last executive order, for example, regarding the 80% vaccinated, then people can take off their masks–well, how do you decide that?” she asked.

“It’s a back door to what? To passports?” Caplis added.

Ransom admitted that she hasn’t seen any legislation that would suggest vaccines will be made mandatory, but she attributed her concern to the implication of required vaccination.

“I admit that I have not seen any paperwork,” said Ransom. “I’ve not seen bills coming through requiring vaccinations. But the writing is on the wall.”

She also seemed to dismiss the need for vaccinations by implying that the pandemic will soon be over.

State Reps. Kyle Mullica (D-Northglenn) and Yadira Caraveo (D-Thornton), who are both medical workers and voted against the bill, could not be reached for comment.