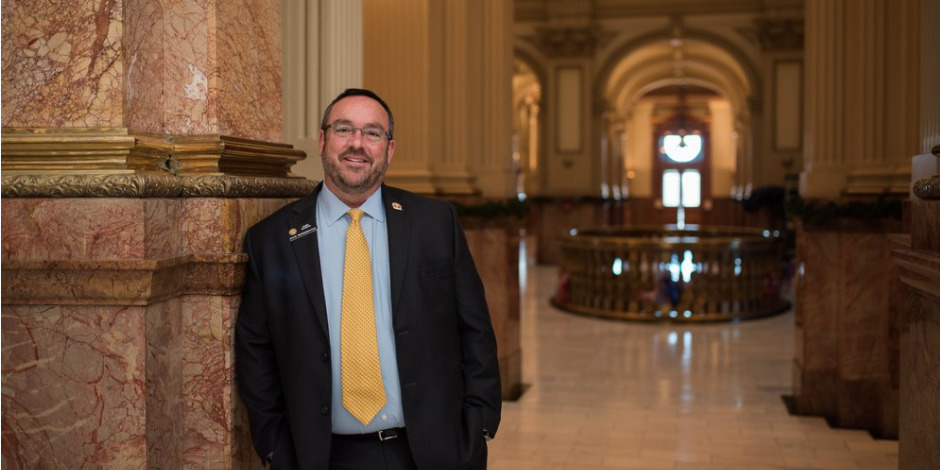 In May, the Colorado Times Recorder reported that Colorado House Minority Leader Hugh McKean had acquired a piece of land in Loveland from a campaign donor, and there were no public records showing how much he paid for it.

In conversations with McKean, the Minority Leader initially agreed to prove he’d paid market rate for the property, but said he didn’t want the amount published. CTR agreed to keep the amount private if McKean showed us documentation that the property hadn’t been gifted from a donor, but he did not initially respond to multiple requests. The piece ran with what we knew: McKean received the golf course land via a one dollar “quit claim” from his donor, and that while he said he paid “full price” no other public record of the sale existed and for the time being, at least, he had stopped responding to CTR.

In response to the article, GOP consultant Sage Naumann then shared a partial photo of a check on Twitter several days later that he claimed had come from McKean and was used to pay for the Loveland property. Asked if he was working for McKean, Naumann said he wasn’t, but that he was “just a friend.”

Naumann’s May 17 Tweet read, “Maybe, just maybe, he [McKean] doesn’t want to send private financial information to a Democratic campaign organization masquerading as a newspaper? I asked him — here’s what he paid. You can invoice [Austin] Hein’s campaign for your work.”

Austin Hein is a conservative activist who ran against McKean in the June 28 Republican primary race and previously had filed complaints against McKean for being registered to vote at the vacant plot of land. Those complaints were later dismissed.

The photo of the check attached to Naumann’s Tweet appears to have been cut off, with no name or date showing. But the amount paid is within the range of what McKean had previously claimed to have paid for the property — he said he had paid “over $130,000” but did not give an exact amount.

The Colorado Times Recorder requested that Naumann ask McKean to send editors a copy of the check as proof that it belonged to him.

In response, Naumann wrote, “Yeah, he offered for you to come to him to see it in person, but he is not willing to send you private financial information. Why in the world would he do that?”

Why McKean apparently gave permission for a GOP consultant to share his “private financial information” on social media, but was unwilling to share the same information privately with the Colorado Times Recorder, is not clear.

In previous correspondences, the representative also had not at any point offered to arrange an in-person meeting.

Nonetheless, in a separate email, McKean confirmed that he had shared the photo of the check with Naumann and invited this reporter to meet him at the Capitol to see the evidence in person.

The Colorado Times Recorder attempted to schedule a time to meet with McKean, but he did not respond to that request for some time. Only later in the summer, when contacted regarding a subsequent story, did the legislator ultimately schedule a meeting with the reporter and show her a purchaser’s copy of a check made out to Bill [William] Coulson in the amount of $132,366.

The check was dated Sep. 8, 2021, and according to the Larimer County Assessor’s website, the property was transferred to McKean’s trust six days later, on Sep. 14.

Update and clarification: This story was updated on Aug. 18, 2022 to reflect that McKean did show this reporter a purchaser’s copy of the check allegedly used to pay for the property.