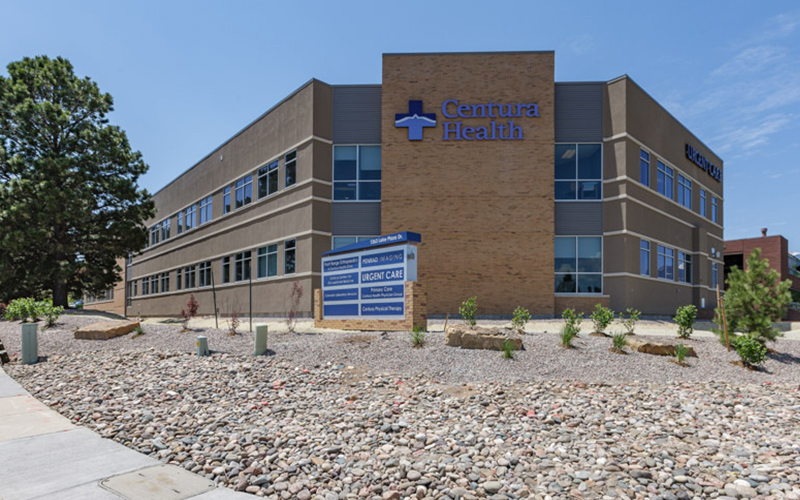 Medical professionals and Catholic leaders gathered in Denver last week for a conference on health care ethics that promoted anti-LGBTQ and anti-abortion extremism and echoed the Republican Party’s attacks against transgender youth.

The annual conference, called Converging Roads, was hosted by the Denver Archdiocese, regional Catholic hospitals SCL Health and Centura Health, and the St. John Paul II Foundation, a national Catholic apostolate whose mission is to “proclaim the Good News about life and family through education and formation,” according to its website.

The yearly conference is aimed at guiding Catholic health care professionals through the “ethical challenges” presented by the convergence of their medical profession and church’s teachings on issues like abortion, end-of-life care, and sexual orientation and gender identity.

“We help professionals to understand the issues, and we give them tools to think through the multiplying ethical challenges in a careful and systematic way,” said Arland K. Nichols, President of the St. John Paul II Foundation, in an interview with Denver Catholic. “Families are relying on them to not only know their core practices, but to be able to advise them on the best and most morally sound way forward.”

The Catholic Church and its stance on health care issues have a major impact on the United States healthcare system. According to a 2016 report from the American Civil Liberties Union (ACLU), one in six hospital beds in the U.S. are in Catholic facilities, representing a 22 percent increase from 2001.

These hospitals operate under “Ethical and Religious Directives” that are put forth by the U.S. Conference of Catholic Bishops and place restrictions on reproductive health care including contraception, sterilization, many fertility treatments, and abortion. The directives also restrict end-of-life care and gender-affirming care for transgender patients.

Despite the pervasiveness of Catholic health care providers, studies show that most patients are unaware of how their medical options are limited by the church’s teachings when they visit such facilities for care.

Last week’s conference illustrates just how deeply connected the church’s social teachings on everything from LGBTQ issues to abortion are to the medical care patients can expect when they visit Catholic providers.

Among the speakers at the April 10 conference was Denver Archbishop Samuel Aquila, a highly active anti-abortion and anti-LGBTQ advocate.

Aquila was particularly focused on gender identity, saying at one point in his speech, “I can identify as 6’ 4” but I still have trouble putting luggage in the overhead bins of airplanes,” eliciting chuckles from the crowd.

“It’s important to note that the conversation around these conflicts is informed by a secular mentality that sees freedom as the ability to do whatever one wants rather than the Catholic understanding of freedom as the ability to do good,” Aquila continued. “When we don’t choose the good as defined by God, we become slaves of the devil and we never realize true happiness.”

Aquila also suggested that marriage without procreation can be used to justify bestiality.

“Once you remove children from the equation you can justify anything, so you get the polyamorous, you get polygamy, you can have your pet dog as your spouse, and it’s insane,” Aquila said.

Aquila has long been outspoken in his disdain for the LGBTQ community, and even once suggested that “active homosexuality in the priesthood” is a contributing factor for widespread child sexual abuse by Catholic preists.

In December, an investigation from the Colorado Attorney General’s office concluded that 52 Colorado priests abused at least 212 children between 1950 and 2000. The church paid out $7.3 million in settlements to survivors as a result.

Between digs at LGBTQ individuals, Aquila offered guidance for the health care professionals in his midst for operating in what he referred to as a “post-Christian” era.

“As cultural support for religious liberty erodes, Catholic providers will be scrutinized for not conforming to the secular code of belief, likely under the damning label of discrimination,” Aquila said.

“We will only succeed in maintaining a position of influence in our culture by becoming more Catholic,” Aquila later said. “One of the downfalls of Christendom has been that we have become lukewarm in our beliefs.”

Aquila urged Catholic health care providers to hold true to the church’s teachings on reproductive health and LGBTQ issues despite pushback from other doctors or the hospitals where they work.

“Having that kind of belief and attitude and speaking up even though some of the doctors or some of the hospital staff may not appreciate it is essential and giving witness to it,” Aquila said.

Keeping with the Republican Party’s talking points on transgender individuals, Aquila criticized the Equality Act, which would prohibit discrimination on the basis of sex, sexual orientation, and gender identity. “It will force girls and women to compete against boys and men for limited opportunities in school sports and to share locker rooms and shower spaces with biological males who claim to identify as women,” Aquila said.

Although frequently parroted by conservatives, there’s no basis for the argument that children are less safe when transgender individuals have equal access to bathrooms and locker rooms.

Also in attendance at Converging Roads as a keynote speaker was Dr. Paul Hruz, a professor and pediatric endocrinologist at Washington University in St. Louis who frequently serves as an anti-trans mouthpiece for conservative and Christian publications.

Hruz has provided testimony for the Alliance Defending Freedom, an anti-LGBTQ organization classified as a hate group by the Southern Poverty Law Center, in favor of banning transgender youth from using the bathroom that is consistent with their gender identity.

“Dr. Hruz is NOT a member of our [Differences of Sex Development] team, NOR is he an expert in transgender health as he has never taken care of a transgender person,” Washington University officials told the transgender rights blog Planet Transgender, adding that Hruz “is not a psychiatrist, a psychologist, nor mental health care provider of any kind, who could speak knowledgeably of transgender health.”

At the root of Hruz’s anti-trans rhetoric is the implication that divergent gender identities should be fixed, ideally through “counseling,” parents “setting boundaries,” and a “reparative” approach.

Just like Aquila, Hruz didn’t neglect to bring up the bathroom/locker room issue.

“We are told that we need to engage in affirming [transgender youth] in their transgender identity and that to do otherwise is going to be harmful, meaning that we can use different names, pronouns, give them access to sex-segregated facilities like bathrooms and locker rooms,” said Hruz. “We are being told that we shouldn’t question this at all.”

Hruz speaking alongside his slide on the “reparative” approach

Gender affirmation is the medical standard for treating youth and adults who are experiencing gender dysphoria and/or gender divergence, says Dr. Elizabeth Kvach, Medical Director of the LGBTQ Center of Excellence at Denver Health and Associate Professor of Family Medicine at the University of Colorado. Kvach told the Colorado Times Recorder that the “vast majority of literature” supports “overall improved mental health outcomes in transgender and nonbinary youth who are appropriately allowed to transition.”

Kvach said that includes allowing transgender and nonbinary youth to choose what name they wish to be called, how to dress, and use the pronouns they want to use. “All of those things have been supported in the literature with improving mental health outcomes, reducing rates of depression, anxiety, and reducing rates of suicidality both in youth and adults,” Kvach said, pointing to a large-scale national study that reported a staggering 41% attempted suicide rate among transgender adults.

“Treatment with puberty blockers and hormone therapy for youth who are appropriately diagnosed with gender dysphoria have also been shown to improve mental health outcomes,” Kvach continued.

Hruz’s opposition to the affirmative approach hinges on child desistence rates, or the rate at which those who experience gender dysphoria eventually cease to identify as transgender.

He claimed during his speech that normal child desistance rates are around 85%, a statistic that serves as his basis for why minors should not be given puberty blockers or hormone therapy.

“That [statistic] is not based on current evidence or data,” Kvach said, citing studies in the Netherlands and a multi-state study in the U.S. “Right now, there aren’t any large U.S. studies, but the desistence rates are certainly not that high.”

Kvach cited an article from the International Review of Psychiatry that debunks the high desistence myth.

Kvach explained that medical providers who diagnose and treat youth with gender dysphoria are careful in providing appropriate treatment that serves their overall health and wellbeing.

“It’s our job as clinicians to really dig down in collaboration with mental health providers who have expertise in working with gender-diverse youth to make sure that we have accurate diagnoses of gender dysphoria, and that’s part of the reason for recommendations of using puberty blockers in children who have entered the early stages of puberty,” Kvach said. “…Youth who are started on blockers are generally on them for a few years, and then we’re working very closely with mental health providers to ensure that this is consistent, persistent, and insistent behavior that is part of who they are, and that they are appropriate candidates for moving forward with hormone therapy.”

Another significant way to support children who are experiencing gender dysphoria is to, well, support them, according to Kvach, who says that family support can help shield against the harmful mental health outcomes associated with negative messaging from society and bullying.

Hruz, on the other hand, suggested that parents should be “setting boundaries” around gender expression that might prevent kids from getting the affirmation they may need.

The anti-trans attitudes promoted by the Catholic leaders, health providers, and hospitals at the conference are far out of step with the mainstream medical community.

“Everyone should be able to access healthcare easily, including those who are transgender,” said Rodrigo Heng-Lehtinen, Deputy Director of National Center for Transgender Equality, in a statement to the Colorado Times Recorder. “All leading medical institutions have studied transition-related healthcare and found that it’s essential primary care. This includes the American Medical Association, American Academy of Family Physicians, and American College of Physicians. Furthermore, people of faith increasingly recognize the humanity of their transgender neighbors, including trans people who are faithful themselves. It’s about treating others as you would like to be treated.”

The church’s attacks against LGBTQ people are, however, consistent with Republican lawmakers, who are pushing bans on gender-affirming care in 15 states.