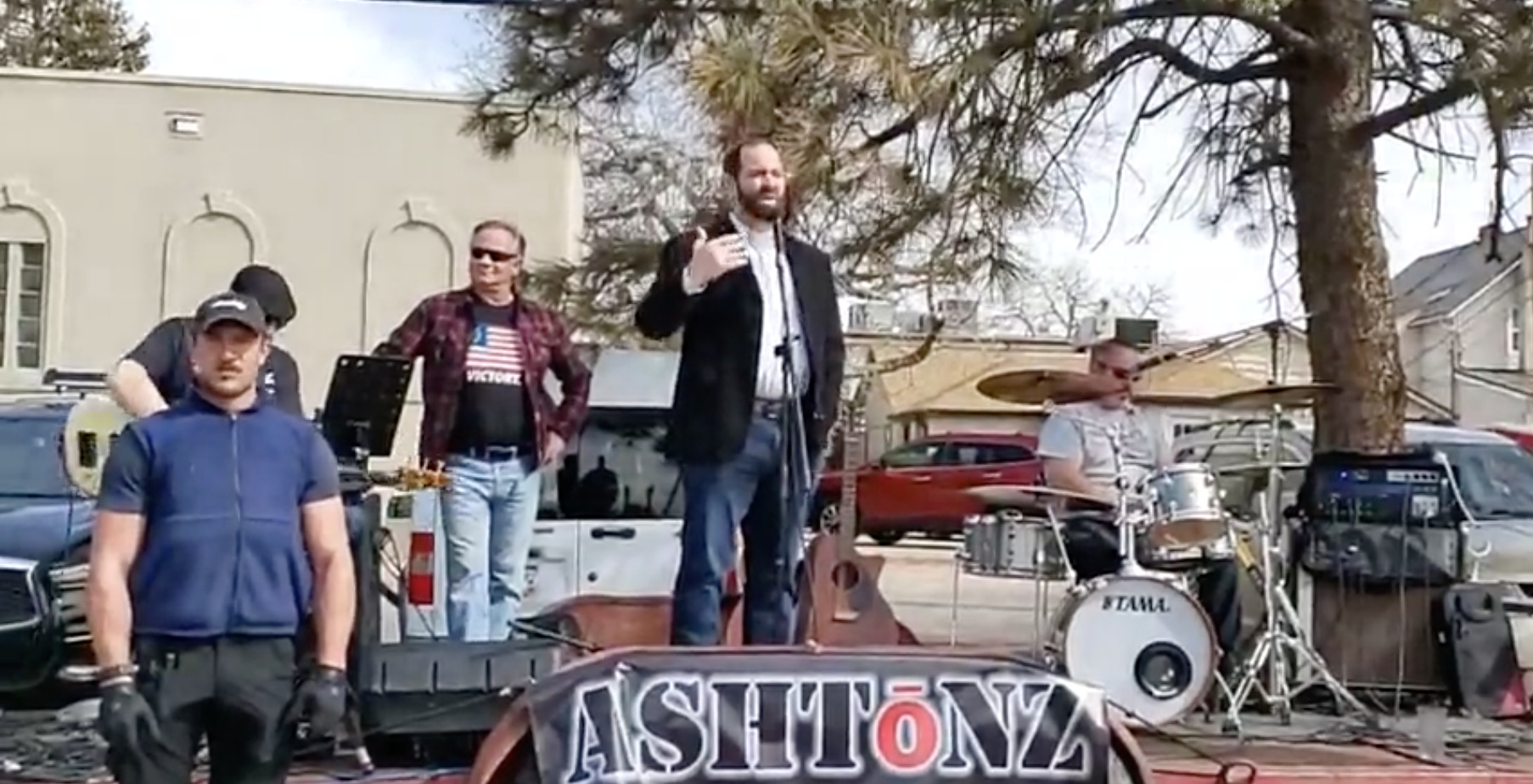 Flanked by members of his militia, conspiracy theorist Joe Oltmann spoke at Tuesday’s “Free DougCo” rally, saying he’s not advocating for violence, but that if someone tries to take his country or his “way of life,” blood will be “spilled.”

Oltmann’s conservative advocacy group and militia, FEC United, posted on Facebook on March 5 that “They will be debating and voting to open Douglas County without restrictions.”

The group, which worked closely with Colorado Republican Party during the last election, also posted fliers claiming the event would be a celebration of the commissioners’ “landmark decision to fully re-open Douglas County.”

There was neither a vote nor a decision to reopen. As reported by the Parker Chronicle, Douglas County passed a resolution–essentially a letter to the governor–asking the state for a plan to fully reopen the county.

FEC United militia members attended the rally, ostensibly to provide security in the parking lot of the County Commissioner offices in Castle Rock at noon on a Tuesday.

Prefacing his remarks about violence with a teaser to the media–“this is for the news. you’re gonna like this”–Oltmann said the following:

“If somebody asks me, ‘Joe are you advocating for violence?’ I’m going to tell you, no. But if you want to take our country, it will have to be with violence. If you’re going to take our way of life away from us, you’re not going to do it without blood spilled.”

It doesn’t mean I advocate for violence, it just means I want the propaganda to stop. I want the things that they tell us that we should believe that we know are nonsense- it’s like bizarro world! And they want to act like we’re crazy!”

Oltmann did not respond to a Facebook message asking for clarification on the “propaganda” and “nonsense” he wants to stop, nor at what point, assuming it doesn’t stop to his liking, he will feel compelled to use violence.

The subject of the rally and of Oltmann’s speech, however, was that Colorado’s public health restrictions are intended not just to end the pandemic, but to exert control over people.

He acknowledged losing friends to COVID, but says he’s lost more to suicide, saying, “You’ve heard it said, the cure cannot be worse than the disease.”

Other speakers included Greg Lopez, who is already running for the Republican nomination for Governor in 2022, and retired Castle Rock police commander John Anderson, who said he plans to run in an as-yet undisclosed election next year.