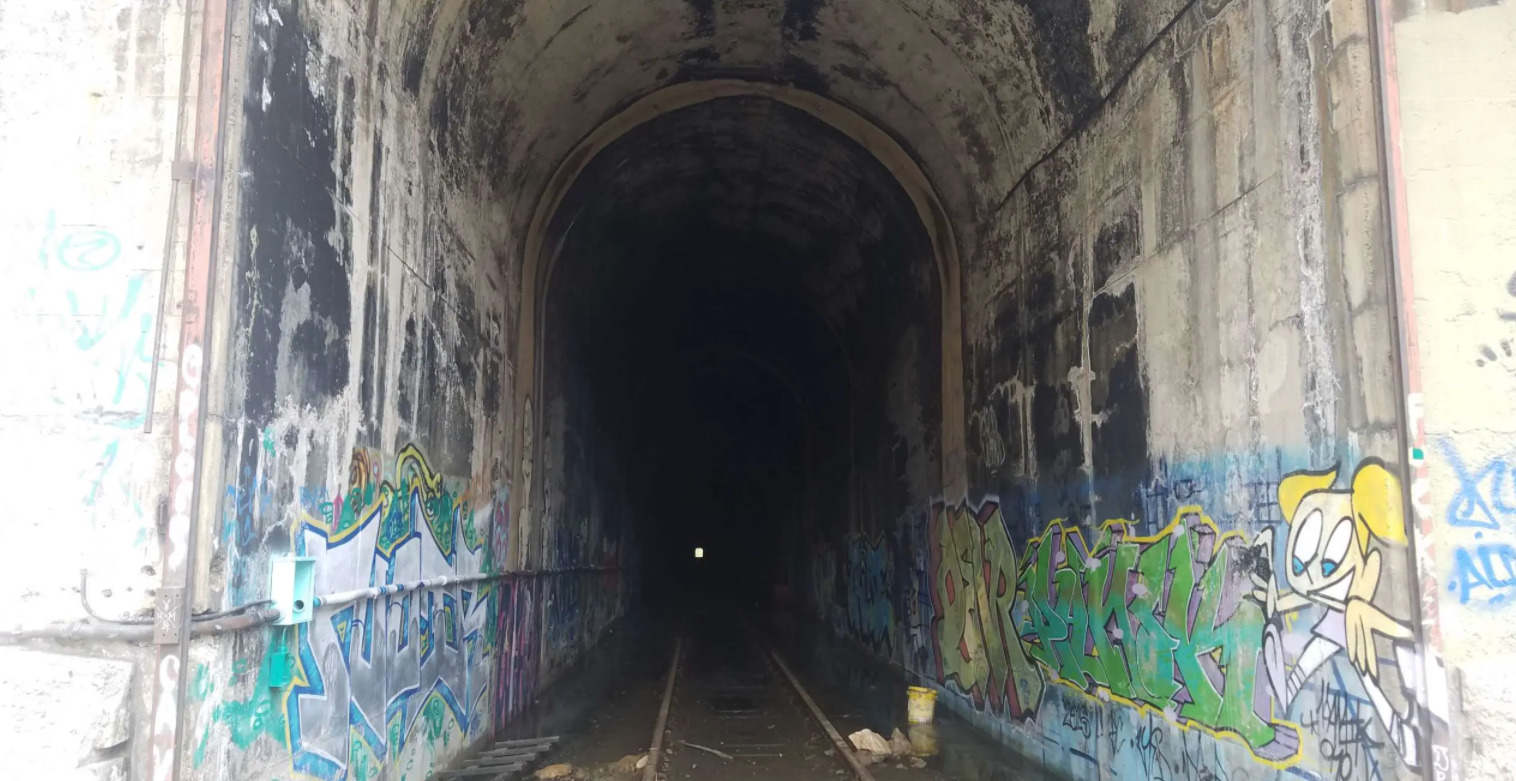 EAGLE-VAIL, Colo. – A pitched battle between private companies is being waged for control of a long-dormant rail line through the heart of the Colorado Rockies – in a flurry of recent federal filings, at least — but the real struggle may be for local hearts and minds along the route.

Being dangled before car-centric Coloradans is the prospect of passenger-rail service from Pueblo to Minturn – an old railroad town off the backside of Vail Mountain – or possibly from Gypsum on Interstate 70 in western Eagle County to Parkdale just west of the Royal Gorge.

Looming even larger in the fight for control of the approximately 200-mile Tennessee Pass Line, currently owned by Union Pacific, is how it fits into the state’s plans for expanding passenger rail service across Colorado and whether the incoming Biden administration will be more amenable to facilitating commuter lines than the outgoing Trump administration.

On New Year’s Eve, Colorado, Midland & Pacific Railway Company, a subsidiary of Texas-based Rio Grande Pacific, formalized what had first been reported on RealVail.com as pending: It had a deal with Union Pacific to carry passengers and freight on the Tennessee Pass Line.

Colorado Pacific, which took over the 120-mile Towner Line in southeast Colorado via a federally mandated sale in 2017, has been trying to acquire the Tennessee Pass Line for more than a year to ship its Colorado and Kansas grain and hemp harvests directly to West Coast markets. The company this fall also offered daily passenger service from Pueblo to Minturn.

UP had been keeping Colorado Pacific at bay during its negotiations with Rio Grande Pacific, which is also working on a rail project in Utah aimed at transporting heavy oil from that state to the Gulf Coast, possibly through Colorado. On Friday, RGP pushed back hard on media reports that its Tennessee Pass Line deal is all about moving oil by rail in the Eagle and Arkansas River valleys.

“We are concerned about a false rumor that has been propagated about the Tennessee Pass Rail Line,” Rio Grande’s Colorado, Midland & Pacific (CMP) liaison Sara Thompson Cassidy said in an email statement. “Any speculation scenarios or misinformation about oil or other commodities moving on the Tennessee Pass is simply rumor, conjecture and assumption. CMP has no plan whatsoever to operate oil trains on Tennessee Pass.”

Citing a history of derailments and toxic spills on the line when freight trains still rumbled through before 1997, Chaffee County commissioners have alternately expressed a desire to see the line remain inactive or a preference for Soloviev’s grain over Rio Grande’s oil if the feds insist on allowing freight service to resume.

UP tried to abandon the Tennessee Pass Line when it merged with Southern Pacific in 1996 to become the largest railroad company in the United States, but the U.S. Surface Transportation Board (STB) rejected that move, and instead, UP made the line inactive in favor of its Moffat Tunnel Line, where trains rumble from Denver through Gilpin County and into Grand County before descending along the upper reaches of the Colorado River into western Eagle County. From there the line goes west through Glenwood Canyon, Utah and on to California’s Bay Area.

Billionaire Stefan Soloviev’s Colorado Pacific Railroad recognizes the trepidation of residents of Chaffee and Eagle County, offering the public benefit of passenger rail and recreational trails along its tracks if it’s able to take over the Tennessee Pass Line from UP, which it offered $10 million for in 2019.

If Soloviev can’t get the line with his “use it or lose it” approach to UP, he’ll have to go north to Denver and then west through the Moffat Tunnel, paying UP’s rates. His first offer to UP went nowhere, and a subsequent $8 million bid for a forced sale was then denied “without prejudice” by the STB, meaning Soloviev can file again showing “public convenience and necessity.”

But first Colorado Pacific has to fend off the UP-RGP deal, which was filed as a petition for exemption on Friday, Dec. 31. It takes effect within 30 days unless the STB delays or rejects it.

Colorado Pacific has previously estimated the cost of refurbishing the Tennessee Pass Line at $278 million, and that’s before adding in the cost of year-round, daily, roundtrip passenger service from Pueblo to Minturn – a scenario that would also have to include a deal with the Royal Gorge Route Railroad, a scenic tourist line through the spectacular Arkansas River canyon, and  Rock & Rail, a freight carrier with rights to operate to Pueblo.

Besides moving grain, Colorado Pacific – in a letter last fall to Colorado Department of Transportation Division of Transit & Rail Director David Krutsinger – targeted potential freight customers in the Pueblo-area companies of Evraz, Vestas, Vossloh and Martin Marietta, citing the higher clearance of the five tunnels on the Tennessee Pass Line compared to the three dozen tunnels on the Moffat Tunnel Line.

In the letter, Colorado Pacific attorney William Osborn pointed out that “UP’s 99-year lease on the [Moffat] Tunnel expires in 2025, so its future is uncertain. With a length of 6.2 miles, it is one of the longest rail tunnels in North America, and operations have been problematic.”

That’s a reference to 2018 Colorado Department of Public Health and Environment cease and desist, cleanup and violation orders for wastewater discharge seeping out of the Moffat Tunnel and into the Fraser River to the west and Boulder Creek to the east. The company was hit with a $140,000 fine and a CDPHE compliance order on consent in 2019.

The Moffat Tunnel is located at the base of Winter Park Resort, which jointly runs the popular Winter Park Express Ski Train with Amtrak, although it’s on hold this winter due to the COVID-19 pandemic. The tunnel still sees daily Amtrak service from Chicago to San Francisco on the California Zephyr route.

The Colorado Department of Transportation (CDOT) is currently focused on a plan for passenger rail service from Fort Collins to Pueblo, as well as efforts to connect Amtrak’s Southwest Chief, which cuts through a remote corner of southeastern Colorado on its way from Chicago to Los Angeles, to Pueblo and then on to Denver.

Asked if the revival of passenger service on the Tennessee Pass Line could bolster those efforts, a CDOT spokesman said the state agency isn’t commenting on an issue that’s “between two private parties” and currently doesn’t involve any state resources.

Pressed on whether the state is simply more focused on easing car traffic along north-south Interstate 25 and the state’s Front Range, where 80% of the population resides, than taking pressure off the east-west I-70 corridor into the mountain, the spokesman replied:

“CDOT will want to engage with the new railroad partner and local governments to assess the feasibility of rail passenger operations as compared to current bus operations. This is consistent with the longstanding governance framework for the I-70 corridor known as the I-70 Collaborative Effort.”

CDOT currently operates the popular Bustang service into the mountains, but the spokesman acknowledged passenger rail from western Eagle County southeast over Tennessee Pass to Leadville could better connect lower-cost workforce housing to ski areas such as Vail and Beaver Creek.

“There are basic commuter markets to consider such as Leadville to Vail/Avon and Eagle to Vail/Avon, which would get employees in lower-cost housing areas to resort area jobs,” he said. “There are also potentially unserved markets from Eagle County Regional Airport (ECRA) to consider as a higher-quality ‘guest’ experience from out-of-state, and international visitors.”

The ECRA is one of the state’s busier airports during the winter months, serving national and international tourists headed to Vail and Aspen. Eagle County officials have said that if freight is going to start rolling along the long-dormant line anyway, delivering all of its noise and traffic impacts, they would also like to see the benefits of passenger service and recreational trails.

The politics of moving people

Both the inactive Tennessee Pass Line and the active Moffat Tunnel Line converge at Dotsero, a largely low-income and workforce housing community along I-70 and the Colorado River in far western Eagle County near the eastern mouth of Glenwood Canyon. UP keeps the short stretch of Tennessee Pass Line track between Dotsero and Sage (just north of the airport) active in order to service the American Gypsum wallboard plant in the town of Gypsum.

Soloviev is also trying to secure trackage rights at either end of the Tennessee Pass Line so he can keep moving his freight west on UP tracks through western Colorado. In a November phone interview with RealVail.com, he said he thinks Colorado Democrats such as newly elected Sen. John Hickenlooper will be supportive of expanding the state’s freight and passenger options. He also thinks the incoming Biden administration is more open to putting federal dollars into rail.

“100% true; they are,” Stefan Soloviev said. “You can see that with the renewable energy plan. You could see that with the amount of wind turbines that are going to be going up in the next four to four to six to eight years out there. Why wouldn’t the Biden administration support a clean air way of moving people around and also a shortcut in grain traffic around the Moffat Tunnel?”

By contrast, the scope of the UP-Rio Grande Pacific (Colorado Midland Pacific) deal appears to be much more limited, with the rail company that also runs a publicly funded commuter line in Texas offering to help Colorado mountain communities find funding for the project.

“CMP has an agreement for a portion of the Tennessee Pass only — that is from Sage to Parkdale,” Cassidy wrote. “CMP seeks to explore and develop commuter/passenger rail and local freight opportunities within that 160-mile corridor, and we wish to do so in coordination and consultation with communities and planning agencies in the area.”

State Sen. Kerry Donovan, a Vail Democrat who grew up in Eagle County and remembers when freight trains used to traverse the Eagle River Valley, has her doubts about reviving service.

“It would be tough for communities that have now gone two decades without rail through their community,” Donovan said. “The infrastructure is there, and the right of way still exists, so I don’t think anyone should have been under the assumption that rail was never coming back.”

If freight is inevitable, however, she agrees it would be good to get passenger service.

“I would probably push it to be more of a local commuter train than really [a ski train],” Donovan said. “I don’t anticipate the ridership being there for a ski train that would take longer than it is to drive, and now that we have Bustang, the market isn’t there yet. But I could see a really amazing opportunity for commuter rail that runs the length of the valley….”

Donovan also acknowledged increased freight rail service is more environmentally friendly than increased truck traffic on I-70, which wreaks havoc with skier traffic in the winters.

“Pound for pound, it’s a better way to transport stuff, just because you can do more with less,” Donovan said. “Does it have a measurable impact on I-70? I doubt it, because they’re negating adding trucks. They’re not taking away existing trucks.”