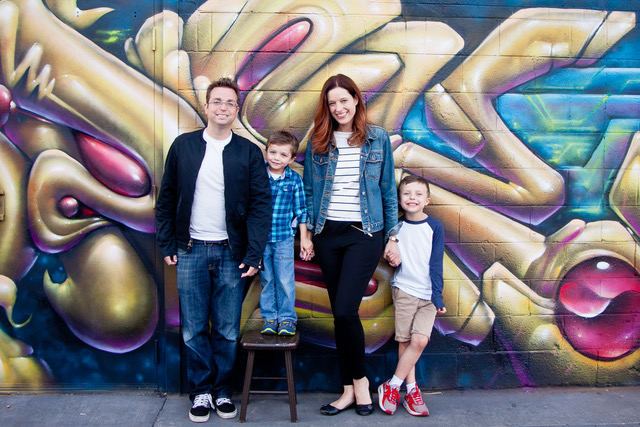 Steven Woodrow, a business litigation attorney in Denver, has taken on a new project: running to be a Colorado state Representative.

Woodrow, a Democrat, is vying to represent House District 6 (HD6), which encompasses parts of southeast Denver.

The seat is currently occupied by Democratic Rep. Chris Hansen, who has decided to run for the newly vacated Senate District 31, leaving HD6 open for election in 2020.

It’s this love for nature that drives much of his campaign– environmental issues are one of his biggest concerns. In fact, he came straight from Greta Thunberg’s Oct. 11 rally at Denver’s Civic Center Park to meet with me.

Whether it’s revamping local recycling and composting, or repealing Colorado’s “ban on bans” that prevents single-use plastic bags from being outlawed, Woodrow wants to see Colorado, a state so focused on outdoor recreation, become as environmentally-friendly as it views itself.

As the son of a public school teacher, and a parent himself, another top issue for Woodrow is education.

“I’m a huge proponent of public schools, public education, public school teachers,” said Woodrow. “I want a Colorado where we get to brag about how well our teachers are paid, not bemoan the fact that they are now basically last in the country in teacher pay. That’s a shame.”

Woodrow may be a full-time lawyer with his own law practice, as well as a husband and father, but he’s ready to tackle the commitment associated with the race.

“There’s only one way to really serve folks, and that’s putting in as much time as you possibly can,” he said.

Woodrow isn’t new to the politics of HD6. He became co-captain of subdistrict 6B in mid-2017, which allowed him to become familiar with the grassroots activism side of the district. From organizing precincts, to getting people involved, to canvassing, he said he understands how to “get [his] hands dirty” in order to spread his message.

His engagement in the community, which he said feels like family to him, is part of what inspired him to run. He said he’s proud of the hard and impassioned work that they have collectively put in, and thinks that the members of his community “deserve to have competition in the marketplace of ideas.”

Woodrow’s experience as a lawyer is another motivating factor for him, and he says it will serve him well on the campaign trail. He said he “knows what it’s like to gather evidence, do due diligence, and get every stakeholder in the world together to mount a successful campaign and argument and make your case against very powerful interests.”

Woodrow’s campaign slogan, “Better than we found it,” is an homage to his love for camping and the environment. He wants to apply this idea to the district and to the state as a whole.

“When we’re done, if all goes according to plan, we’ll have left the legislation better than we found it. We’ll have done meaningful things to help people achieve that dream,” said Woodrow.

“That dream” is the American dream. Growing up, Woodrow said his family was able to get by on social security checks. He feels privileged that he benefitted from that system, obtained a good education, and now holds a job that is important to him and allows him to live comfortably. Certain factors, however, make the American dream unattainable for some.

“You can’t have that opportunity if you’re struggling under a mountain of student debt, you can’t have it if you’re suffering from medical debt–if being sick means you’re gonna be bankrupt, or close to it? You can’t achieve the American dream,” Woodrow said.

Woodrow envisions a future where people can get the education they want, live in a healthy Colorado, and feel that achieving their dreams is feasible, and he knows that the voters in HD6 want the same for their children and grandchildren.

“Every single one of [the voters] really cares about not this minute, but what comes next for their kids and their grandkids. It’s that type of looking down the road, trying to win the future. That’s a big theme of the campaign, because it’s what they reflect.”

At the end of the day, for Woodrow, the most important thing is to keep engaging in open conversations with anyone and everyone, regardless of whether it’s between neighbors or candidates.

“Even if I can’t win someone’s support, they know where I stand, our messages, and what we’re trying to do.”

HD6 is a reliably Democratic district and contains many young professionals with families and older individuals.