Dems Defeat Bill to Prohibit Hospitals, or Any Employer, From Requiring Employees to Be Vaccinated 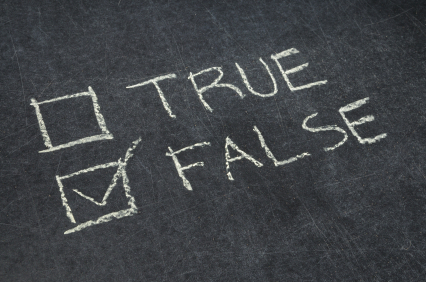 The GOP groups, both in rural Colorado, both posted content on their Facebook pages following the 2020 election spreading inaccurate information and accusing Democrats of voter fraud.

The Las Animas County Republicans shared an op-ed two weeks ago from The Federalist, a far-right news publication, titled “Republicans Have Good Reason Not To Trust The Election Results.”

The article claims that “Democrats, leftist nonprofits, and activist judges across the country unleashed a flood of changes to election rules in the months leading up to the vote, including an unprecedented expansion of mail-in voting, an inherently fraught method of casting ballots that removes almost all oversight from the process.”

The article uses several “examples” of possible voter fraud, such as lawsuits, to support its claims–but a quick fact check proves much of this information invalid.

Just one example: the article says that “scores of Republican poll challengers in Michigan filed sworn affidavits claiming tens of thousands of fraudulent ballots were counted for Biden in Detroit.” However, those claims have been addressed over the last few days in Michigan, and the fraud detailed by the Federalist can be attributed to either a lack of common election knowledge or dismissed due to there being no evidence other than circumstantial.

The original tweet, captioned, “This was posted on our Department of State dashboard but had since been deleted,” contains a falsified graphic claiming that more mail-in ballots were returned in Pennsylvania than were requested.

The Montrose County Republicans, however, have not removed the post, nor other flagged posts on their page–in fact, Ray Langston, Chair of the Montrose County GOP, argues against fact-checking, claiming that Facebook is “literally censoring conservative speech.”

Langston also told me I was incorrect for stating it was false information, although he also acknowledged it may not be “100 percent true.” He also claimed that the U.S. no longer has a free press.

“If you’re trying to say we’re putting false information up there–you’re wrong. Because these events are actually taking place. Now whether that [Facebook post] was 100% true, I don’t know,” Langston told the Colorado Times Recorder. “All I know is that we have a news media that is no longer covering the news, what they’re doing is putting forth their opinion and their agenda.”

“There are actually people signing affidavits that basically say under penalty of perjury, they are saying these things are taking place in Pennsylvania and those other states,” Langston said. “And we have found major total incompetence in some of these states, such as in Georgia where they found 2,600 ballots that had not been previously counted; they found a thumb drive with about 2,700 votes on it that had never been uploaded.”

Kevin Kuns, chair of the Montrose County Democrats, wasn’t surprised that Langston defended the post, although he was adamant there was no fraud.

“I just think it’s sad that the elections in this country have been proven safe and the results have been never questioned for 200 years or whatever number it may be, and all of a sudden because Trump loses, now it’s total fraud; it’s rigged,” Kuns told the Colorado Times Recorder.

Kuns also noted that even Republican Attorney Generals and Secretaries of State in states with accusations of fraud have assured that there is no evidence of fraud.

“If the election was rigged in this country like they say it was, both Lindsey Graham and Mitch McConnell would have lost,” Kuns said.

But what about Colorado?

Langston said, in an unsubstantiated claim, that the Dominion voting system could have led to fraud in the state.

Langston was also dubious of the increase in voter turnout this election:

“Here, in Colorado, an uptick of 16 percent? I kind of find that odd in and of itself,” Langston said.

Kuns, however, attributes Democrats’ success in the presidential election and in Colorado to simply having superior candidates.

“What I think they ‘ought to do instead of claiming that it’s rigged–come up with better candidates,” Kuns said. “Instead of doing recalls and doing all this stuff. Get people that are electable. That might be the first way to go.”