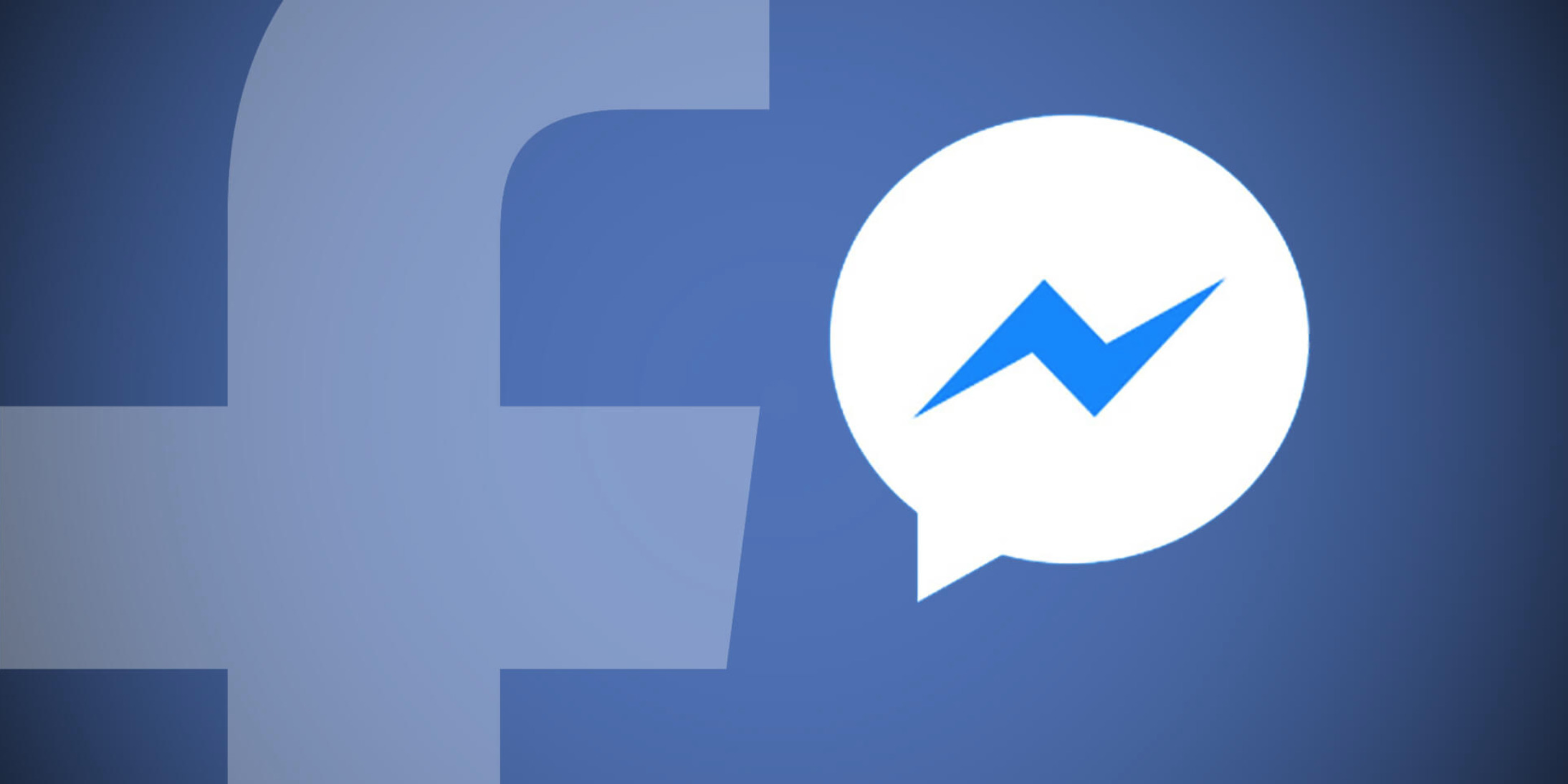 It’s Friday evening and the sun is about to set. It’s almost Shabbat. My friend Lauren messages me on Facebook to point out this reprehensible meme that’s become all-too common since Jared Polis was elected governor of Colorado. Colorado’s first gay governor. Colorado’s first Jewish governor.

The meme is posted on a thread on the governor’s Facebook page about masking up during Halloween. It’s not the first time I’ve seen it. And it won’t be the last.

This time, I decided to do something about it. I send a message to the man who posted the meme:

Hi Rich. My name is Dave Flomberg, and I’m a columnist for the Colorado Times Recorder. I’m wondering if you’d be up for a discussion regarding your post of a meme that displayed Jared Polis photoshopped to look like Adolf Hitler. Is there a time you’d be available to chat?

I don’t expect a response from the man. My mother is living with me temporarily as she readies her condo for sale. I’m in my office, and as the sun sets, I can hear her chanting the sabbath prayers in the kitchen and lighting the candles for Shabbat.  I’m about to shut off the computer and go make dinner, and I hear the little chime from Messenger.

“Like I said to every other person in there its (sic) a joke not a dick so don’t take it so hard…. Put that in your article.”

What follows is the unedited, complete transcript of our conversation. It veered far from where I expected it to go, and I learned something from it.

Me: So… is that a yes? Would love to have a discussion about your decision to share that. Man to man. I’m hoping to better understand your position.
Rich: Man to man? Sure come get some…
Me: I’m not looking to square off in a fight, Rich. I mean as adults.
Rich: Like I said its a joke. People can trash Trump all day but God forbid someone say something about a gay Jewish governor.
Me: Would you be up for a phone conversation?
Rich: Nah i actually have shit to do have a good one. Glad I could get a reaction outta all you.
Me: Okay, I’ll ask you here: Why do you think framing the state’s first Jewish governor as Hitler is a, “joke?” What is the message you were hoping to deliver with that?

Rich: For fuck sake lighten up man… Grow a pair and man up people are way to sensitive these days..
Me: I’m not speaking from a place of anger. I’m truly trying to understand what the point was you were trying to make, Rich. Are you a long-time Colorado resident?

Rich: Hahaha you need a life man go away
Me: This is what I do Rich. My goal as a columnist is to eradicate ant-Semitism. I feel like one possible way to do that is to engage with people who appear to share anti-Semitic ideas and material. My hope is that by doing so, we can work together to stamp it out. I lost a lot of my own family in the Holocaust, Rich. So this mission really is, “my life.”
Rich: Good for you man but go dr Phil someone else.
Me: So you stand by what it was you shared on Gov. Polis’ page then? Is this a means you think best represents yourself? Something you’re proud to share with others? Again, I’m asking with genuine sincerity here. Is this who you are at your core? Tell you what, Rich, you don’t have to answer right now. Feel free to sleep on it. You can respond over the weekend. It’s Friday night, and the sun is setting, so it’s about to be the sabbath for me. And I’m sure you’d rather spend time with your beautiful family right now, anyway.

Rich: I took it down ya fuckin cry baby now go away you can think of me any way ya want ill sleep just fine at nite.
Me: I’d still love to engage in a dialogue with you when you feel up to it. Wishing you the best.
Rich: You liberals are so caring but I got 3 death threats from that is that ok? I never threatened anyone but now I got screaming dems wanting to kill me seriously thats ok?

Me No, I don’t think it is.
Rich: Put that in your article i make a rude tasteless joke and I get threats?Thats whats the issue is these fucks can spew it but when it comes back they get violent or wanna get violent
Me: That guy appears to know you? Why do you think he was so angry? To be fair, the image itself conjures up a pretty violent reference, no? The suggestion I’m making here is that violence appears to beget violence, is all. Hence why I wanna talk with you, not throw down. I don’t think anything productive would come from that.

Rich: I dont know him I don’t know anyone out here I moved here 3 years ago from California to get away from the dems bullshit and now I see Colorado falling in the same tracks as California and the governor is not helping
Me: California is very blue, true. Although Colorado’s been getting bluer for many years too. Why did you pick Colorado?

Rich: It was a joke post I got a ton of them cause I don’t like our governor and it has nothing to do with race nor being gay but hey hit em where it hurts
Me: So is this response what you wanted? from guys like John up there?

Rich: I knew it would piss people off but never thought I’d get death threats. But its cool no worries here I’ve had assholes in 3rd world countries try to kill me ya think im worried about some punk… no not really. You better get yourself right with Jesus if your gonna come at me or my family. Like I said it was a joke I got my laughs from all the butt hurt people and yes our governor is a dousche nozzle….

Me: Did you serve in the military?
Rich: Yup
Me: Thank you for your valor.
Rich: No worries its what I wanted to do.

Me: My father served during Vietnam. He was stationed in Bangkok for two years while in the USAF. He got to do some really cool shit. Lost him in 2013. But he got his full military burial at Ft. Logan. It was the most incredible ceremony I’ve ever witnessed.
Rich: Look obviously my bad joke really hit a nerve with you. It was a tasteless joke and I took it down. I apologize it wasn’t cool and from our conversation I wont post shit like that.

Me: Rich, I consider this moment something actually pretty cool. I don’t get the sense you’re someone who wants to hurt people just because they’re gay or Jewish. Your empathy here means a lot to me as a Jew, and as the son of a man who would cross the street to shake yours and buy you a beer and swap stories.
Thank you for this exchange.
And for your time.

Rich: Dude I hate everyone equally I don’t care if your gay black Jewish i swear it makes no difference ill make jokes about everyone
Me: Well, I don’t believe that. I don’t think you actually hate folks. I think you and I have probably very different politics. But it’s pretty cool that you and I could talk like this and reach a resolution. Anyhoo, thank you. I’m here to chat anytime you like. I’ll leave you to your family and please enjoy your halloween!

Rich: Oh id love to chat politics since we’re on different pages. I’m very calm and love talking politics. My sister inlaw is a Bernie fan and we chat it up nice and calm no name calling no raising voices I see where she is coming from and she sees my points. So yes please lets chat anytime
Me: Deal! I’ll ping ya again in the future!
Rich: Sounds good thanks for the good chat and I apologize to you.

I don’t know how deep and lasting the impact of our exchange was upon Rich. But I do know that I came away feeling something I never usually feel in confrontations with people who share memes like the one above: Hopeful. In the long, dark tunnel of the last four years — and especially amid the COVID-19 pandemic — it was the most hopeful I can remember feeling. And that made it worth the time spent, regardless of whether or not it changed Rich at all.

Because it at least changed me a little.