Abortion the Main Issue in 2022 Elections According to Recent Poll 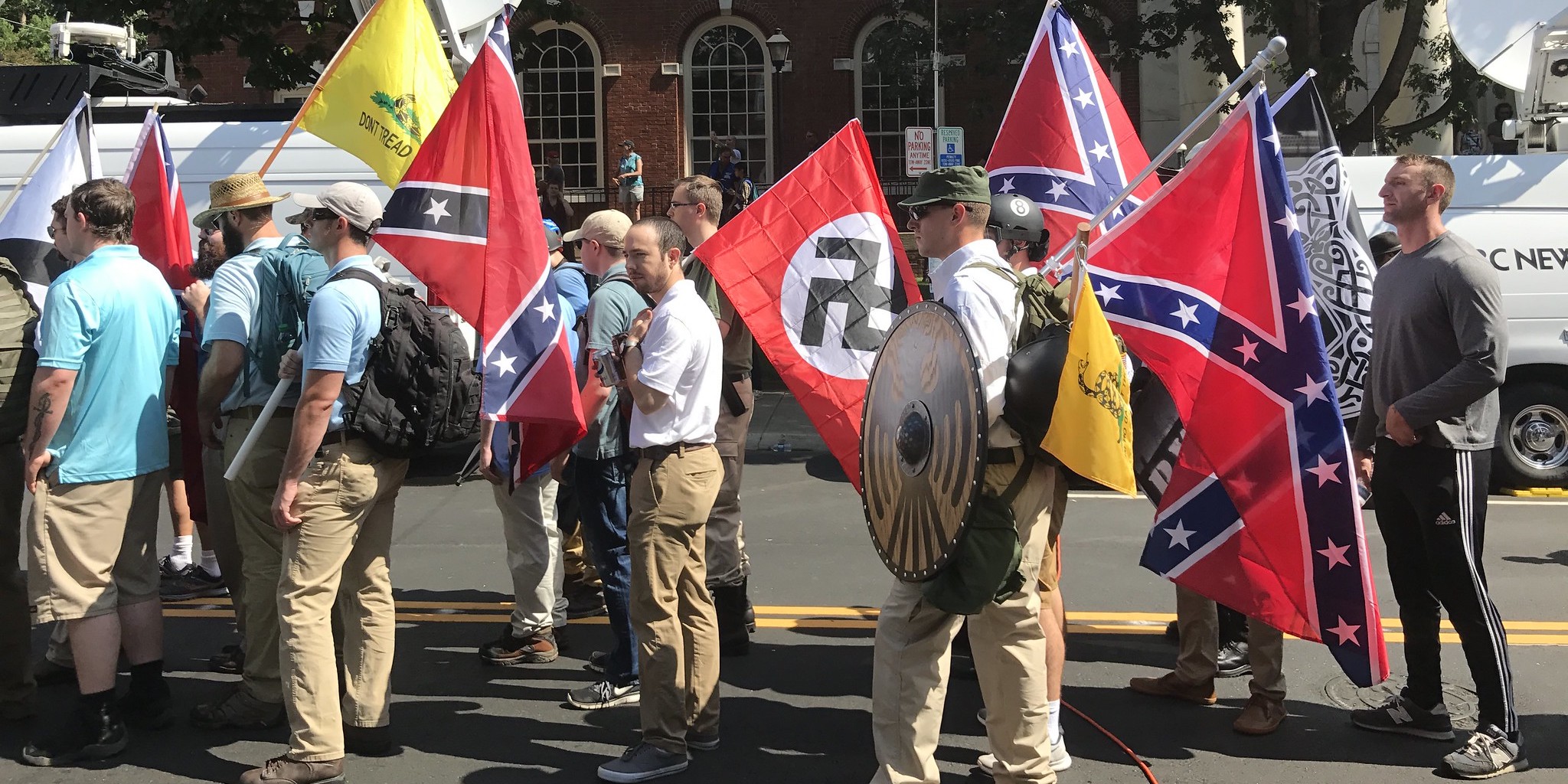 Just under a year after he was arrested, Richard Holzer is looking at as many as 40 years in prison.

His plan was simple enough: Sneak into Temple Emanuel in Pueblo, CO under the cover of darkness on a very early Saturday morning, plant several pipe bombs and some dynamite, and then blow it into oblivion — regardless of whether or not anyone was inside the building.

The undercover sting operation appears to have been executed flawlessly by the FBI (with the local Pueblo PD’s assistance). Holzer popped up on their radar thanks to his social media rantings, and it wasn’t long before the FBI was handing over inert explosives to him for his mission. When he met them on the evening of the day prior to when he planned to execute it, he had his swastika armband and a copy of Mein Kampf in tow. You couldn’t write a more obvious narrative for a standard cops n’ killers B-movie. He’s an ugly, stupid, living stereotype of white supremacy.

They’ve always been there, this seething, teeth-gnashing set who hates Jews with a remarkably preternatural fervor — even before Constantine codified Jew-hatred at the First Council of Nivea. Throughout history, Jews have resisted cultural assimilation by other cultures they shared geographic boundaries with, and that has always made them easy to “other.” So, while it’s nothing new, the last four years have seen it reemerge on U.S. soil like a plague of buzzing cicadas, shaking off their cyclical slumber long enough to infest the roots of our republic with another generation of hate.

We can call it, “The Great Emboldening.”

Outside of New York, it might have been easy to miss Donald J. Trump’s personal sense of white superiority throughout the course of his public life. Rest assured, it’s a facet of his nature, first publicly exposed in the Justice Dept.’s lawsuit against Trump Management for violation of the Fair Housing Act by refusing to rent apartments to Black people back in 1973. In that lawsuit, both Trump and his father Fred were also named as defendants. POTUS was 27 years old at the time. In the final settlement, Trump Management was forced to place newspaper ads welcoming Black applicants to prove they understood the provisions of the Fair Housing Act.

Over the years, his bigotry has been noted repeatedly — often wielded as a tool against those who stand in the way of his desires. Here are just a few examples that spring to mind:

When it comes to anti-Semitism, Trump’s record is just as long and disgusting as his attacks on the disabled, Black people and First Nations people as well:

One of the most famous moments played out on his Twitter account in the run-up to the 2016 election, when he retweeted an image of Hillary Clinton superimposed over a pile of money, along with a Star of David plastered with a caption that read, “Most Corrupt Candidate Ever!” The blisteringly obvious anti-Semitic trope was a blaring dog whistle to his growing white nationalist base.

Trump tweeted this image out on July 2, 2016. It was later deleted and replaced with the same image, except the Star of David was edited into a circle.

What’s more concerning, is that this appears to be the earliest connection to his insane QAnon wing. In July of 2016, Mic.com published a run-down of the image — they discovered it came from an 8Chan board for neo-nazis and white supremacists:

“Mic discovered Sunday that Donald Trump’s Twitter account wasn’t the first place the meme appeared. The image was previously featured on 8chan’s /pol/ — an Internet message board for the alt-right, a digital movement of neo-Nazis, anti-Semites and white supremacists newly emboldened by the success of Trump’s rhetoric — as early as June 22, over a week before Trump’s team tweeted it.”

8chan — now called 8Kun — has long been a breeding ground for extremist rhetoric. It’s where mass shooters go to post their manifestos prior to their attacks, like the one who shot up the Poway Synagogue in California, the mosque shootings in New Zealand and the Walmart attack in El Paso, for example. White supremacists and neo-Nazis infest the board — as does the fabled “Q” who cribbed his conspiratorial dispatches from the margins of the deeply anti-Semitic tome, Protocols of the Elders of Zion, and repackaged them for a contemporary audience.

Dating back to his early engagements with anti-Semitic twitter users like “@WhiteGenocideTM” (now defunct), Trump’s flirtations have powered their surge to new heights, as reported in this New York Times piece from last year:

“In early 2016, he twice retweeted an obscure white supremacist account, @WhiteGenocideTM, that had directed a tweet at him ridiculing Jeb Bush, an opponent in the Republican primary. The since-suspended account, which regularly posted neo-Nazi propaganda and listed its location as “Jewmerica,” gained hundreds of followers in the days after Mr. Trump’s retweets…”

2019 recorded the highest number of Anti-Semitic incidents since the Anti-Defamation League began tracking them more than 40 years ago. In the 4-years prior to Trump’s run for office in 2016, the ADL logged 1,509 anti-Semitic incidents. Since 2016, that number is up to 7,239. And surging.

Simultaneously — since QAnon’s inception in 2017 — the conspiracy conflagration has continued to swirl, thanks to repeated retweets from POTUS himself, and up to his vocal endorsement of them in his Town Hall on Oct. 15. When asked about his rabid QAnon following, he claimed all he knew is that “…they are very much against pedophilia.”

As far as “pedophilia” goes, the QAnon platform is that “hollywood elite” siphon bloood from children to extract a supposed youth agent called “adrenochrome” and consume it. This is cribbed from a centuries-old anti-Semitic canard referred to as “blood-libel” which is also retold in the Protocols.

The point of all of this isn’t to recast Trump as Adolf Hitler reincarnate. His goal is less about the destruction of Jews — or any other specific group of people — as much as it is to ensure fealty unto himself. “Good Jews” will fall in line with him, support him, and worship him as their King — just like “good Blacks” or “good Latinos.” They would all have a place in his congregation as long as they remain prostrate before him.

But what he has proven is an unabashed penchant for using the tools of racism, anti-Semitism and hate whenever he chooses in order to accomplish his goals. And those who don’t join his cult of personality will ultimately find themselves at the mercy of his growing throngs of QAnon-addled white supremacist followers.

Note: Shomer is Hebrew for “Guardian” or “Watchman”