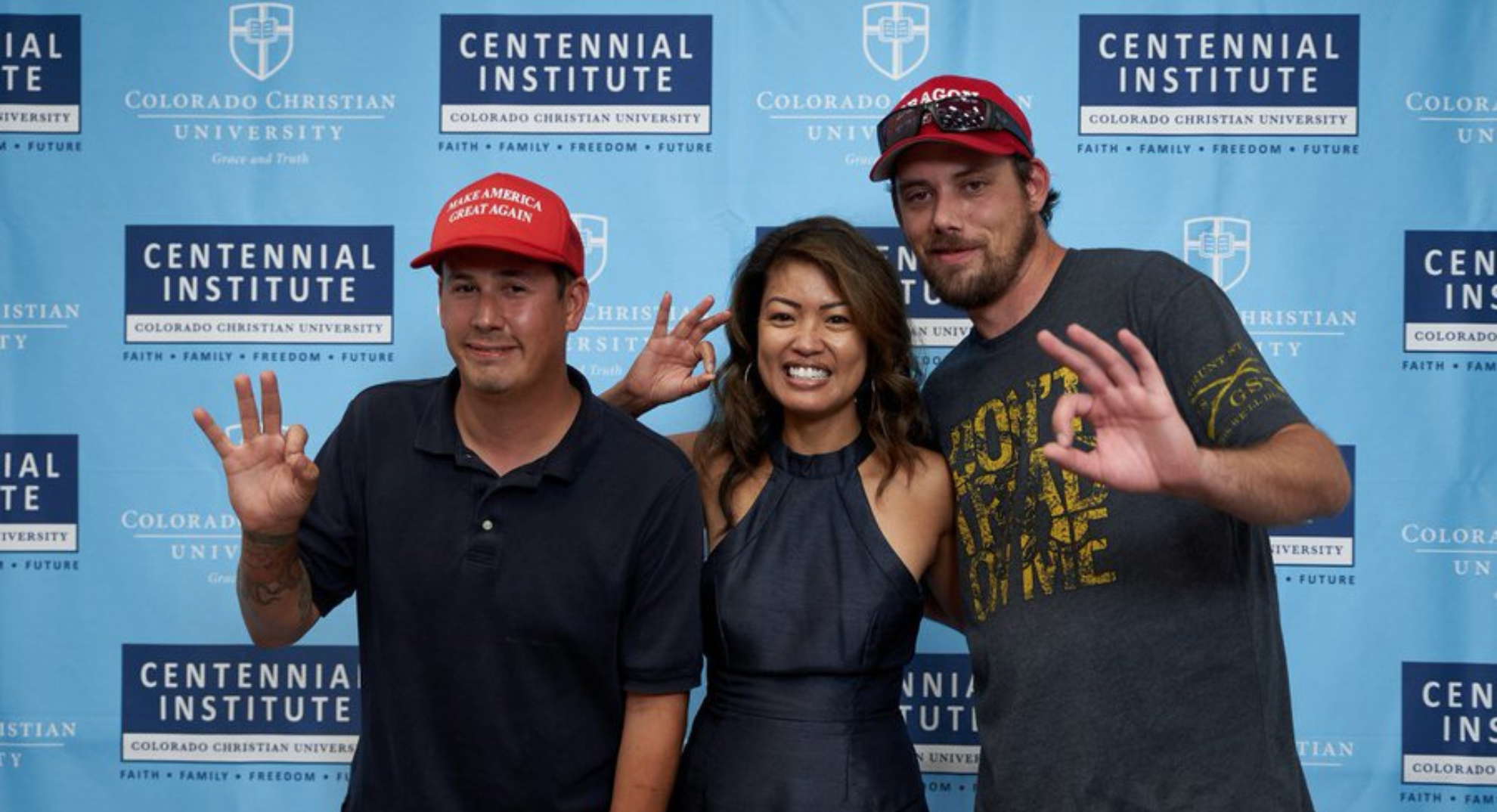 Asked point-blank by a conservative talk radio host if she would denounce white supremacists and neo-Nazis, far-right pundit Michelle Malkin declined, saying instead she “denounces the denouncing.” Malkin’s embrace of white nationalist elements of the alt-right known as “Groypers,” led most mainstream conservative organizations to shun her.

Malkin is still popular among many Colorado Republicans, including House Minority Leader Patrick Neville, with whom she appeared at a recent anti-public health restriction rally at Bandimere Speedway, that itself was in violation of local public health guidelines. The pair is suing Colorado Governor Jared Polis over their objection to state health regulations related to the COVID-19 pandemic.

Earlier this summer another conservative talk show host, Craig Silverman, asked Malkin to defend her association with the Groypers, a challenge she deflected by claiming that Silverman was lying about their public positions, rejecting the substantial journalistic evidence to the contrary.

Last week it was local KVOR host Richard Randall, himself an extremely conservative host, who during his Oct. 2 show asked Malkin to denounce white supremacists.

Read the transcript and listen to the full exchange here:

MALKIN: I was sad to see that President Trump on Fox News last night went back on his refusal to disavow many patriotic people, including many members of the Proud Boys who I have with proud to stand with, who come to my rallies, helped provide protection and are white, black, brown and yellow. But this is this is the reality we live in, in the political world. Richard.

RANDALL: Oh, my gosh. Michelle Malkin, I’m sorry to have to do this to you, but do you denounce white supremacists and neo-Nazis? I mean, just how many times does the president or you or me or everybody else — and yet we get this narrative from them, that Antifa is just an idea. It was just an idea that had you assaulted up there on the stage when you were trying to back the police up there in Denver. That was just an idea, Michelle!

MALKIN: Yeah. It’s astonishing. You know, I denounce this denouncing thing. That’s. It’s just it’s so ridiculous to even give it a second’s worth of time. And I have a great friend who’s a political theorist, Darren Beattie, a former White House speechwriter. And he calls the these games and this entire imposition of a false narrative, he calls it left-wing moral imperialism. These are the people who are immoral and we can not play the game on their terms.