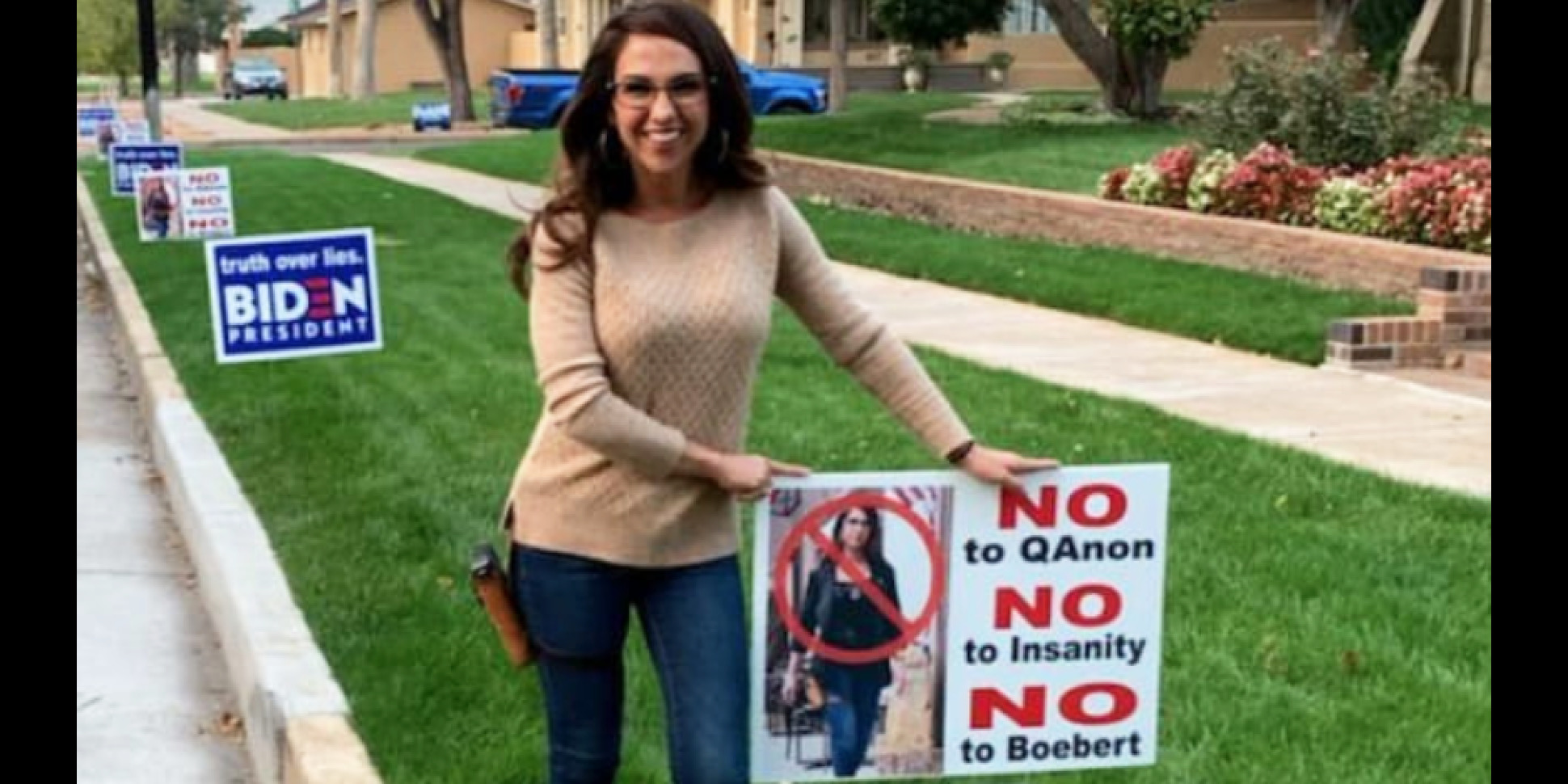 While attending her own fundraiser hosted by a Sandy Hook truther, Republican congressional candidate Lauren Boebert posed with a yard sign linking her to the QAnon conspiracies.

The sign reads “NO to QAnon. NO to Insanity. NO to Boebert.” It is located on the front lawn of a neighbor’s house near last week’s fundraiser in Pueblo. Demicell routinely expresses her support for both Boebert and QAnon conspiracies on Facebook. In a July 9 post, she shared a QAnon post and added the hashtags “#LaurenForColorado” and “#SilentMajority.”

Earlier this year Boebert told an online radio host that she was very familiar with QAnon and hoped it was real. In the weeks following, her campaign staff insisted she is not a follower of the cult-like conspiracy which the FBI considers a domestic terror threat.

Yet Boebert continues to make reference to QAnon-linked conspiracies, from implying that Tom Hanks is a pedophile, to posing for this latest picture taken by an unabashed QAnon believer.

Demicell took the photo of Boebert and the QAnon sign while attending the candidate’s fundraiser at the house of longtime Pueblo Republican donor Tom Ready.

Ready believes that the 2012 Sandy Hook massacre, which killed 26 people including 20 young children, was at least partially planned by the federal government in order to implement stricter gun laws. Last week he told the Colorado Times Recorder, “Some of the players involved I think were phony.”

Attempts to reach Demicell by phone and Facebook messenger were unsuccessful. A message left with the Boebert campaign requesting comment was not immediately returned.