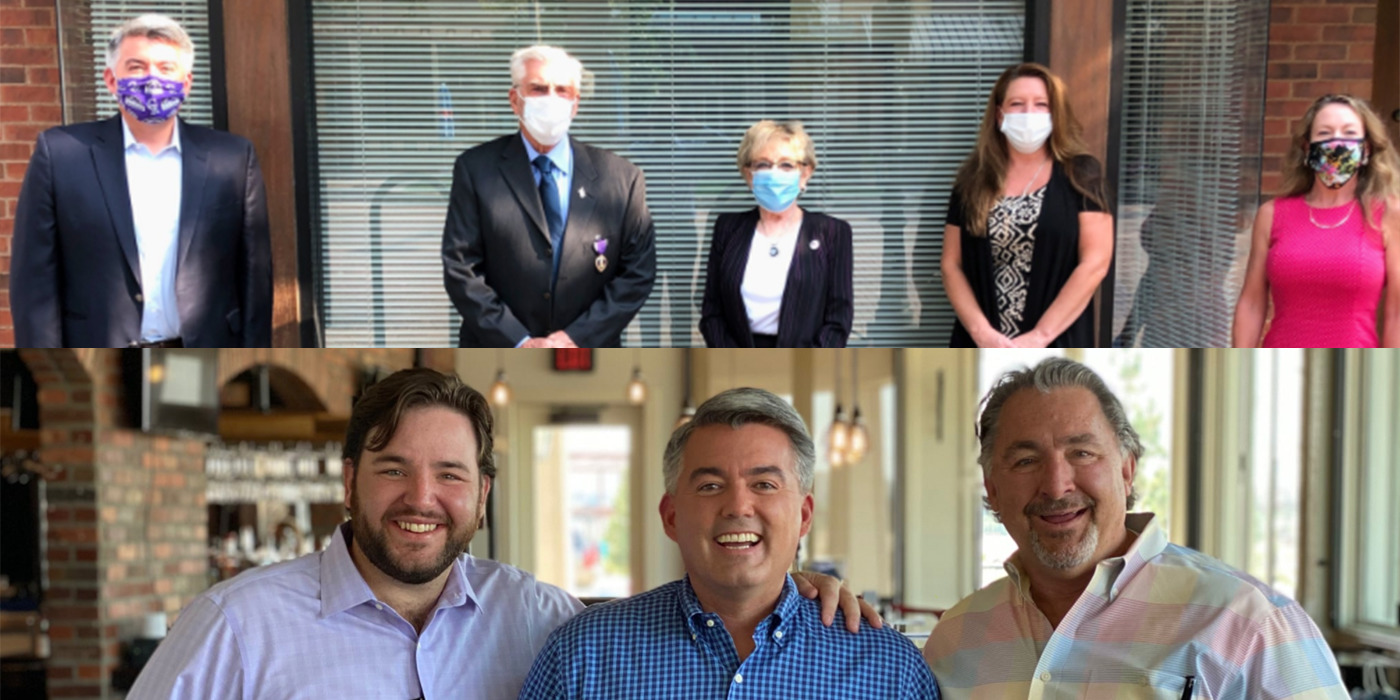 It appears that some Colorado Republicans are presenting themselves as mask wearers on public communications platforms, but being less diligent in the real world.

Take, for example, U.S. Sen. Cory Gardner (R-CO), who’s trying to appeal to moderate mask-lovers–and, and at the same time, fire up his mask-hating conservative base to help him defeat Democrat John Hickenlooper.

In response, he’s apparently decided to consistently don a mask in photos for public Facebook consumption but often go maskless on the campaign trail.

All photos on his official Facebook page since July 17, when Colorado’s statewide order to wear masks went into effect, show him wearing a mask, in indoor or outdoor settings, while photos snapped of the senator during the same period on the campaign trail tell a tale of inconsistent mask-wearing.

Gardner did not return a call seeking to know why.

He’s pictured this week, for example, on his official Facebook page wearing a mask during a speech at a “meeting with employees” of a company in Akron, Colorado.

Yet, here’s a maskless Gardner (below) speaking this week to the Arkansas Valley Tea Party Patriots, in a photo shared on Facebook by an attendee.

Here’s a masked Gardner (below) this week pictured on his own Facebook page posing for a photo with other masked folks.

Here’s an unmasked Gardner (below) after recording a series of campaign ads at a Colorado Springs business on Aug. 20. Business owner J.W. Roth posted it on his Facebook page.

Here’s a photo of Gardner chatting, as posted on his Facebook page yesterday.

Here’s a photo (below) shared on Facebook by a GOP activist:

Here’s another photo of Gardner (below) speaking at an event this week, to the Mountain Republicans, taken and posted by a supporter.

Here’s how he presents himself (below) on his Facebook page Aug. 14.

Gardner does not always go maskless on the campaign trail, even when there might be pressure to do so. Multiple photos on social media, posted by his supporters, show him wearing a mask, even outdoors.

Congressional candidate Lauren Boebert, for example, who frequently expresses her disdain for the mask mandate, is pictured here maskless at a campaign stop with Gardner, who is masked.

But overall it appears Gardner is portraying himself on Facebook as being diligently pro-mask on, when in fact he is not.

Even, as you see below, in between posed photos where he dons a mask, such as in these two photos from a campaign event with the Parker Republicans on August 11.