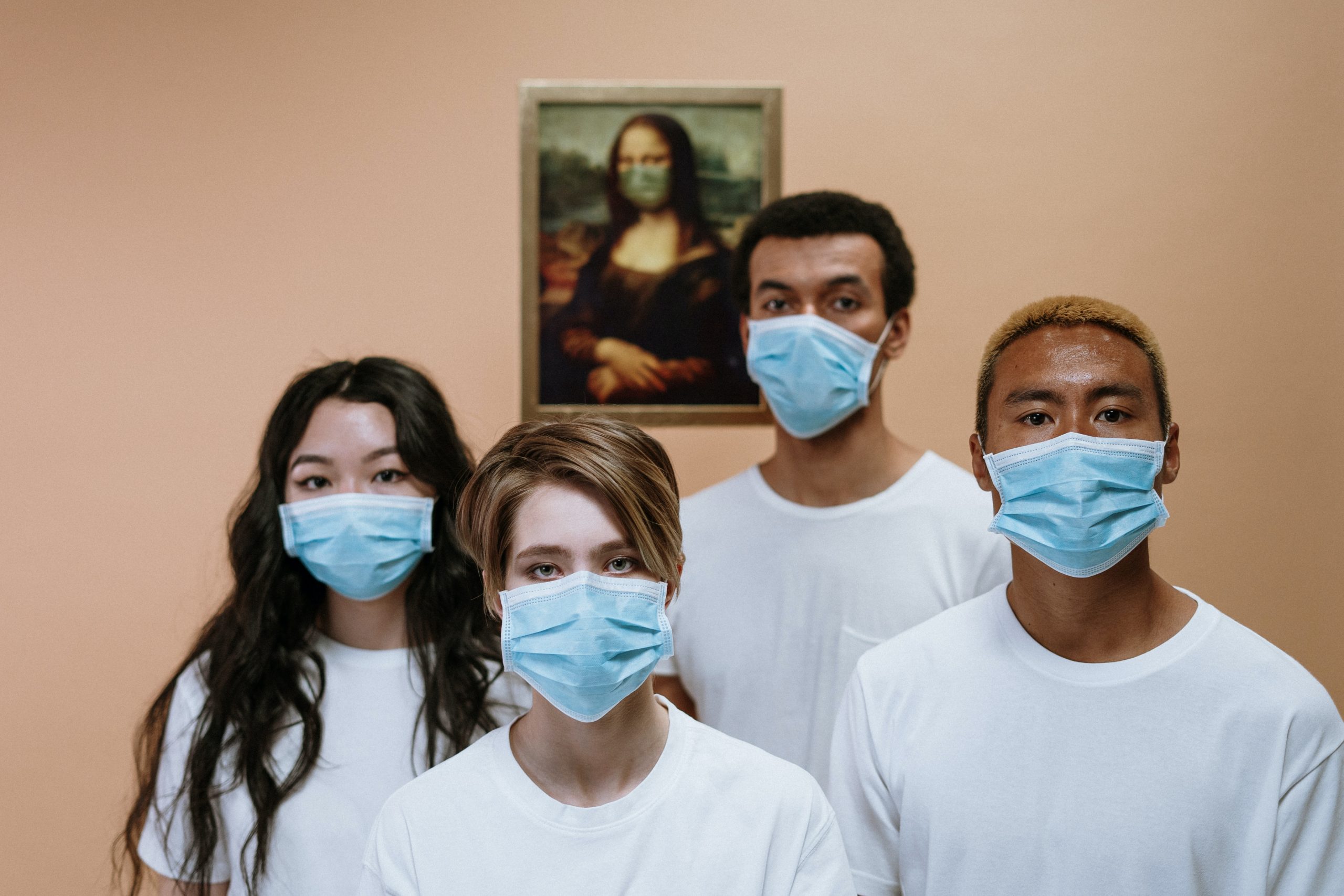 Spokespeople for the Gunnison and Douglas County Republican Parties say they posted arguments against wearing masks on their official Facebook pages, not because they endorse those anti-mask positions but for the sake of argument.

Both county parties took to Facebook earlier this month to quote outsider opinions, arguing against the effectiveness of donning a mask during the COVID-19 crisis.

The Gunnison County Republicans shared a viewpoint on its Facebook page from Paul Holden, an economics professor at Western State University.

“In other words, there is currently no science-based evidence that home-made masks have any efficacy in preventing COVID transmission,” Holden wrote. “So, we have a sweeping public health order, based on virtually no evidence, that is doing harm to the citizens of Gunnison County.”

Holden uses this argument as evidence that mask-wearing is damaging, in a consecutive Facebook post on the Gunnison County GOP page.

“The fact is that people do not like wearing masks. They find it unpleasant and constricting,” Holden wrote. “This requirement can damage the fragile recovery that seems to be underway.” Holden did not detail how a face-covering requirement would damage the economic recovery.

“Additionally, recent research shows clearly that there is no convincing evidence that wearing a cloth mask has any effect apart from perhaps reducing the spread of the virus by people who are already sick,” continued Holden. “The virus is spread by aerosols, which cannot be contained in a cloth mask. None of the research cited addresses this issue.”

There is a multitude of research suggesting the large benefit of mask-wearing amongst communities, especially as more research shows that the virus is transmitted through both droplets and aerosols. According to a letter to the editor in the New England Journal of Medicine, the possibility of coronavirus aerosols “suggests the advisability of wearing a suitable mask whenever it is thought that infected persons may be nearby.”

A peer reviewed study from the National Academy of Sciences also concludes that face coverings are possibly the most effective way to prevent COVID-19 transmission.

Even Holden’s point that masks may only be effective if worn by someone who is “sick” inadvertently supports universal mask-wearing–because many of the sources cited by Gunnison County in their PHO pointed out the prevalence of asymptomatic and pre-symptomatic carriers, who were “sick,” but were unaware.

“So on the basis of no evidence, the Incident Commander is forcing people sitting in restaurants to wear masks unless they are actually eating or drinking,” wrote Holden in his post. “What a recipe for a fun night out!”

“I ‘reposted’ [Holden’s] information because I thought it might help inform a person’s viewpoint,” said Chaney, who primarily runs the official Gunnison GOP Facebook page.  “It is not an ‘official position’ for me or the Republican party, and I am not/did not endorse it. I merely ‘posted’ the information.”

“We do allow all those who ‘like’ our page to post. I get a notification, read the post and then approve whether or not it goes live,” Chaney said.

“…Wearing a mask when near others away from our homes is a small price to pay in light of the devastating effects this virus has had on many of our citizens,” said Starr and Smith. “As a county, we should use every tool at our disposal to protect the health of those in our community.”

The Gunnison County Republican Party is not the only GOP group that’s placed anti-mask posts on Facebook for informational purposes, not as an official position.

Douglas County Republicans shared an article by Thomas W. Smith, quoting him in their Facebook post on his disapproval of using scientific models as the basis for policy changes, including masks:

“It is lifesaving to wear masks even when you are walking in the park. It is lifesaving to stay six feet apart,” Smith wrote. “Listen up. We, your leaders, have no choice. It’s the science. And remember, if you don’t listen to us, it’s death, and more death, everywhere death.”

“Apparently, our science-induced leadership has a formula to solve the virus pandemic: Science + (or x) Fear = The Virus Cure,” Smith wrote. “In other words, shut down the economy. Again, there was no choice. Lives were at stake.”

Smith is also quoted as blaming mask-wearing as a significant contributor to elevated stress levels during the pandemic.

Andy Jones, First Vice-Chair of the Douglas County GOP, stated that “the DCGOP utilizes social media to provide a service to our followers for news and events that are of interest to friends and residents of Douglas County.”

“When we post articles that are newsworthy we do so with no commentary on the content, but hope to facilitate free-thinking citizens with the ability to read, comment and form their own opinions,” said Jones.

Dana Torpey-Newman, Chair of the Douglas County Democrats, shared similar disapproval of politicization of the pandemic that the Gunnison Democrats condemned:

“Unfortunately, our elected officials are actually really extreme partisans and are not representative of the general public in Douglas County. We know this because, in our elections for things like school board, we have more unaffiliated registered voters than Democrats or Republicans, and the unaffiliated voters vote with Democrats,” Torpey-Newman told the Colorado Times Recorder. “I know from our election results that the problem here is that the people of Douglas County don’t actually know how extreme our local elected officials are, and if they did, they’d be horrified.”

“Coronavirus is not a partisan issue… Tri-County Health has been, I would say, pretty reasonable in what they’ve asked, and unfortunately, have had to bend to the demands of county commissioners, who are extremists, and, you know, this is just not ok,” said Torpey-Newman. “This is a pandemic. The well-being–the physical and medical well-being of constituents–should never be politicized in this way.”