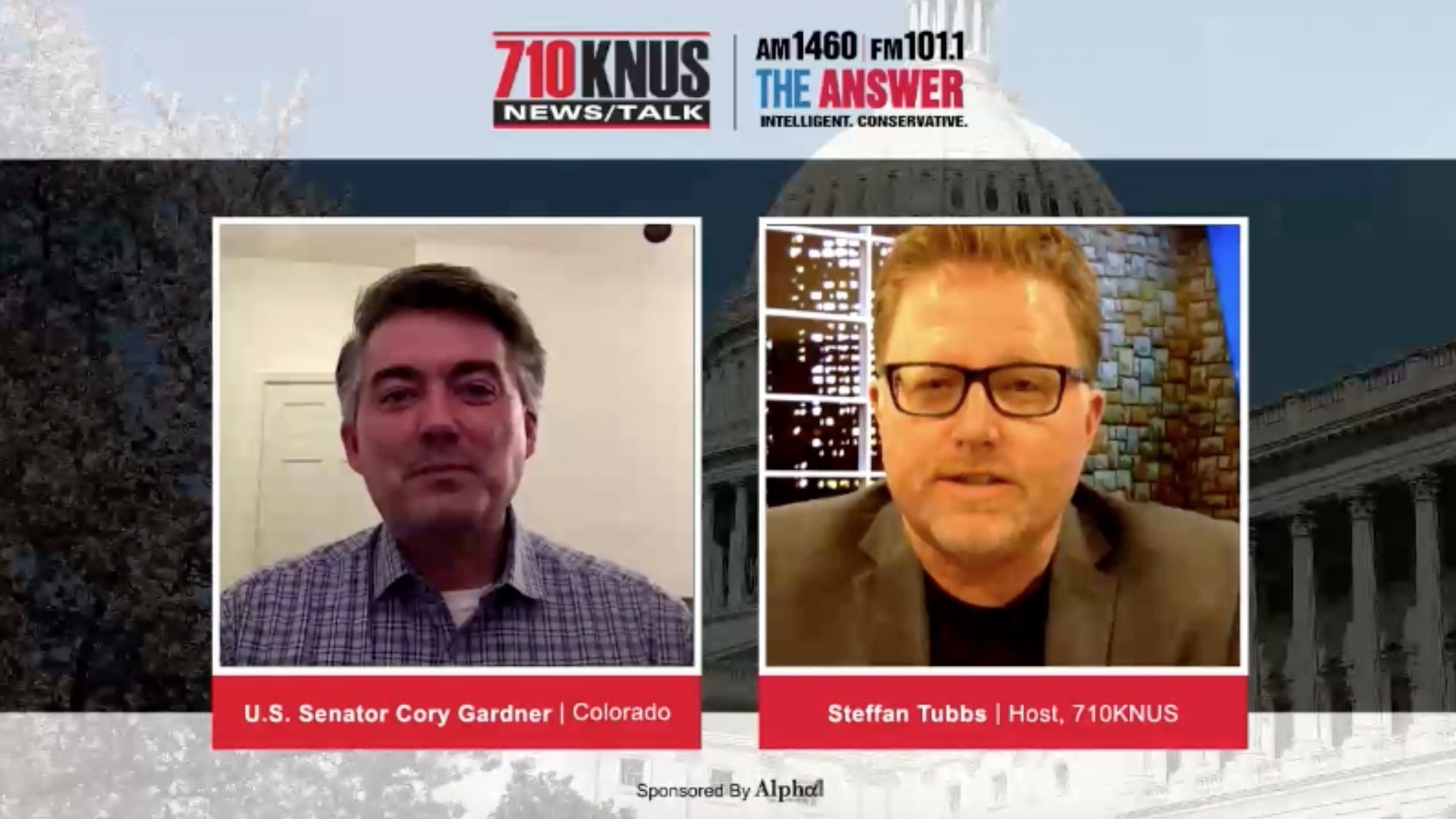 During an online discussion hosted by a conservative talk radio station yesterday, U.S. Sen. Cory Gardner (R-CO) refused to acknowledge that the JBS meat-processing plant brazenly broke its promise to test all employees before they went back to work. Seven JBS employees have now died of COVID-19.

As Gardner was giving a rambling response to KNUS radio host Steffan Tubbs’ initial inquiry about whether he had received “false promises” from JBS management, Tubbs interrupted Gardner to ask simply if Gardner thought the JBS plant had been “up front and honest.”

Multiple news outlets have reported that JBS promised to test all employees, but has since decided not to do so.

“To be clear, if JBS is willing to test all employees, we would be happy to work with them on making sure they have the supplies to do that,” CPR reported Polis as saying. “We can’t just go on their premises and test people, that’s why we did it a mile away.”

Polis said JBS officials backed away from an initial plan to test all employees and decided to just close for two weeks instead. It reopened in late April. Polis said state officials would work “around” JBS if they need to in order to make sure all employees get tested.

“These are folks who live and work in Greeley, and we’re just as worried about their neighbors, their friends, store owners who serve them, and many others, in addition to those who work directly at the JBS plant,” Polis said.

In a virtual meeting with Republican activists last week, Gardner boasted that he and Vice President Mike Pence had procured 5,000 COVID-19 tests for workers at the JBS plant. But the workers had not been tested.

In response to Tubbs’ initial question about the JBS plant last night, Gardner said that it was his understanding that any employee at JBS who wanted a test could get a test, without acknowledging that the optional-testing offer provided by the state only exists because of the company’s broken promise to test all of its employees.

“We need to continue to protect or workforce, not just at JBS but at businesses across the state, across the country that are open, that have remained open, those essential businesses that are there every day. They are the real heroes,” Gardner told Tubbs. “Think about it. Yes, we absolutely have to do great things for our health care workers, our EMTs, our first responders. They have been absolutely heroic. But you’ve also got people like the grocery store workers, like the people working at our meat-processing facilities, our farmers and ranchers, who are working every day to make sure that we have this food-supply system that works and puts food on our tables. Thanks to them as well, each and every one. Thanks to the people working at convenience stores, our gas stations. These are people who have done it every day. We have to make sure that they are protected.”