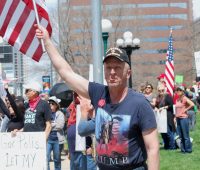 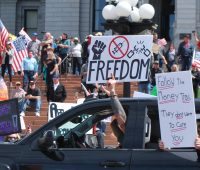 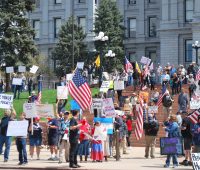 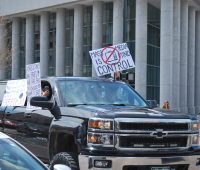 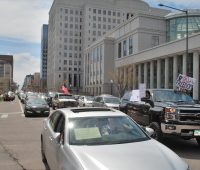 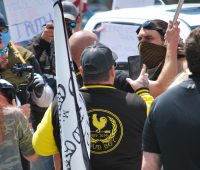 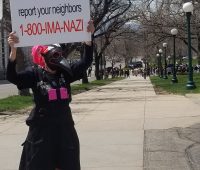 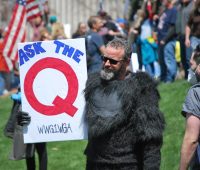 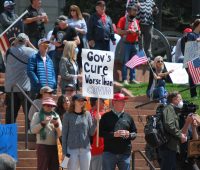 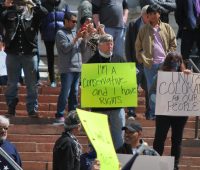 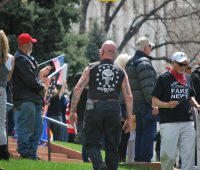 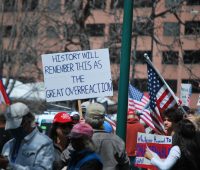 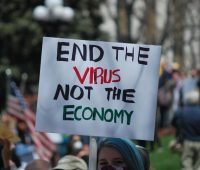 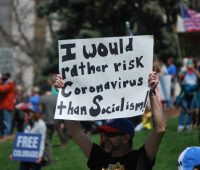 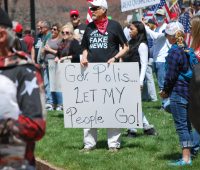 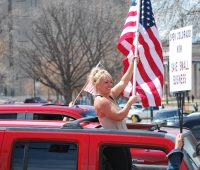 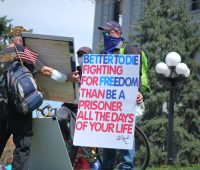 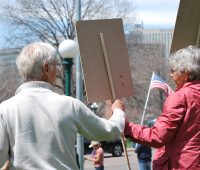 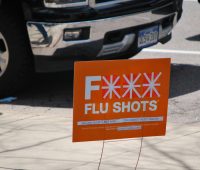 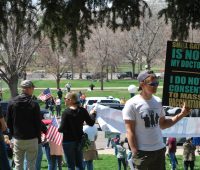 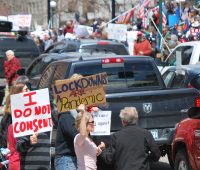 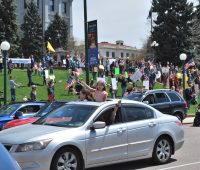 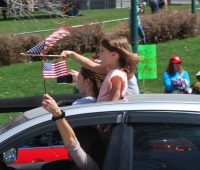 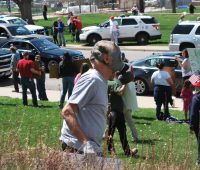 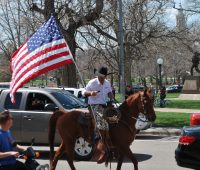 Several hundred protesters attended the “ReOpen Colorado” rally at the Colorado Capitol Sunday. They demanded an end to the state’s shelter-in-place and non-essential business closure public health orders. Most people waved signs on the lawn outside the west steps, while others circled the block in their cars, honking horns in support.

Among the attendees were anti-vaccination activists, conspiracy theory advocates (including a Q-Anon supporter) and members of the Proud Boys hate group. Few of the protesters wore masks and hardly any followed the state’s social distancing guidelines of keeping six feet of separation between individuals.

Despite the participants being in violation of both state and municipal public health orders, the numerous police officers permitted the protest to take place. They focused on directing traffic, though according to the Denver Post two protesters were briefly detained for open carrying firearms, in violation of city law.

Most of the signs dismissed the danger of COVID-19, or proclaimed that the economic damage caused by the shutdown is worse than the virus itself. Some warned of the threat of socialism, which has been a frequent talking point of conservatives. Others demanded the removal of Governor Jared Polis, some referring to him as a monarch or tyrant.

One large banner promoted talk radio host Karen Kataline’s “May Day Colorado” group, which is calling for businesses to reopen on May 1, whether or not the state health order is still in effect.