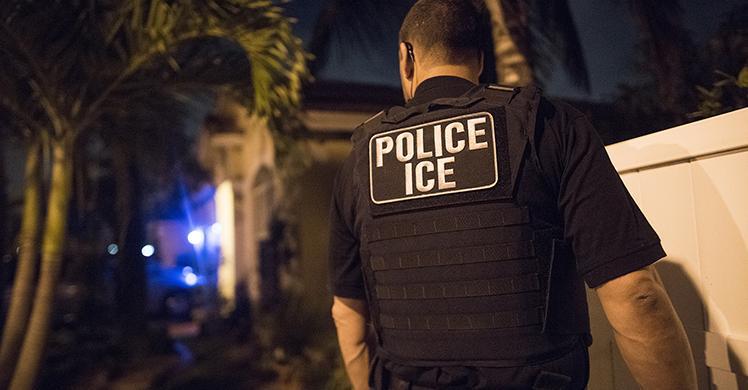 Thanks to a bill signed into law by Gov. Jared Polis this week, Immigration and Customs Enforcement (ICE) will no longer be allowed to make arrests at Colorado courthouses, where agents have been increasingly present.

The legislation, which was sponsored by Democratic state Reps. Julie Gonzalez and Leslie Herod, was sparked by the uptick in ICE activity in the state following the election of President Donald Trump.

Since 2016, immigrant arrests and detentions have increased by 30 percent, and 13 percent of that enforcement is carried out at courthouses, according to the Colorado Immigrant Rights Coalition (CIRC).

Advocates say that when undocumented immigrants fear being arrested at courthouses, they’re reluctant to report crimes as victims or witnesses, or participate in any court proceedings, which undermines the justice system as a whole and poses a threat to public safety.

For example, if an undocumented immigrant doesn’t come forward after they’ve been the victim of a violent crime, the perpetrator could walk and further endanger members of the community.

“In my role as Hotline Coordinator for the Colorado Immigrant Rights Coalition, I’ve often witnessed the devastating effects of I.C.E. arrests in courthouses, our hotline callers who report these types of incidents are often trying to comply with the law in the best way they can,” Laura Peniche, CIRC’s Hotline Coordinator, said in a press release. “I look forward to a new Colorado under SB83 where the trust between our immigrant families and law enforcement can be restored as well as to a future in which victims of abuse and violence, who lack status, will no longer be afraid to come forward.”

After Trump ramped up deportations in early 2017, Denver City Attorney Kristin Bronson reported that her office had to drop four domestic violence cases — cases that involved violent physical assault — because the victims were too afraid of being deported to appear in court and testify.

Since then, immigrant advocates, particularly in Denver, have been pressuring local and state officials to curtail ICE activity at sensitive locations. The city of Denver, in addition to adopting various so-called “sanctuary city” policies, like not collecting residents’ immigration status, had previously requested that ICE stay out of its courthouses, but federal agents appear to have not honored that request.

“Regardless of immigration status the community should never fear seeking help as victims themselves, and this is one small gesture of the many we owe to undocumented people on the path to justice,” said Arianna Dominguez-Huitrón, Confidential Victims Advocate for Voces Unidas for Justice, in a press release.

ICE typically honors other sensitive locations like places of worship, hospitals, and schools.