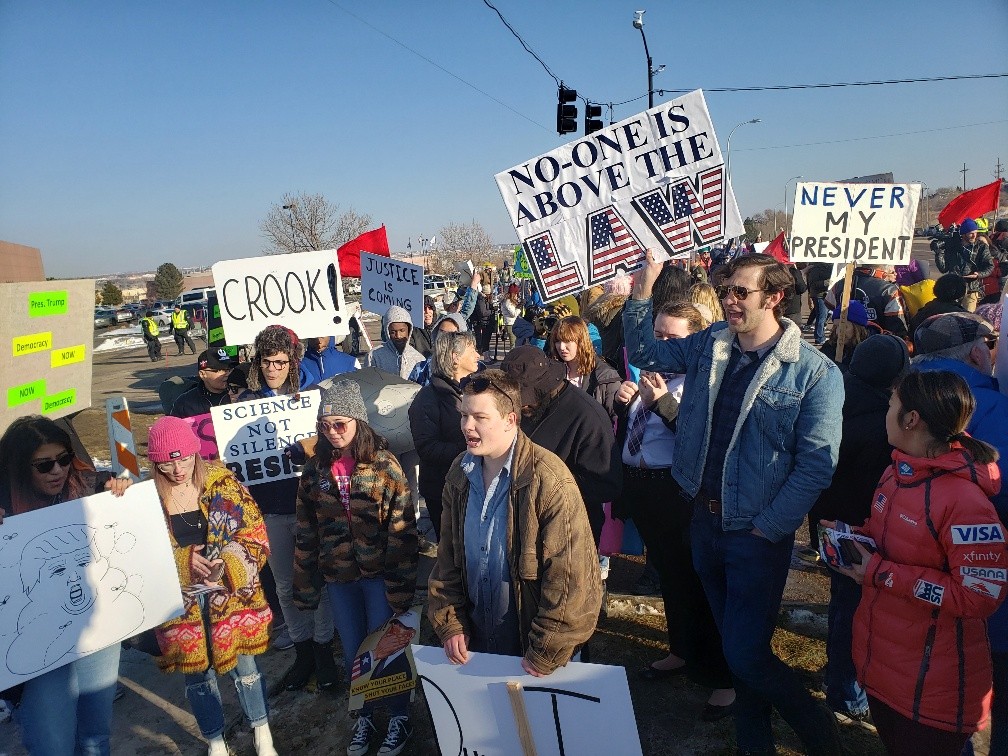 “Up, Up with liberation, down, down with deportation,” chanted hundreds of anti-Trump protesters in front of the Broadmoor World Arena yesterday, a couple hours before the president took the stage for a two-hour speech.

“We do not tolerate racism, hatred, xenophobia, and corrupt leaders, Donald Trump, Cory Gardner, and Doug Lamborn,” continued Garcia, who’s running in the Democratic primary to take on Gardner, the Republican senator from Colorado. “It is time that we reclaim our country and our values. And we can do that if we get out and vote.”

“This is what Democracy is all about, and if we keep doing things like this, Trump will be out of the White House on Nov. 3, 2020,” said a speaker who identified himself as Aiden from Students for Bernie at the University of Colorado, Colorado Springs.

Demonstrators lined the streets with signs, most of which were directed at Trump. Many urged people to vote.

Some cursed at the Trump administration and urged protesters to enter the streets.