This MLK Day, Let’s Learn The Right Lessons From History

With all the news about fake news, you’d think recently ousted State Senator Laura Woods (R-Arvada) would be a bit more careful about promoting nonsense on Facebook. In this example, the assertion is that people are being “viciously attacked” for saying “Merry Christmas.” 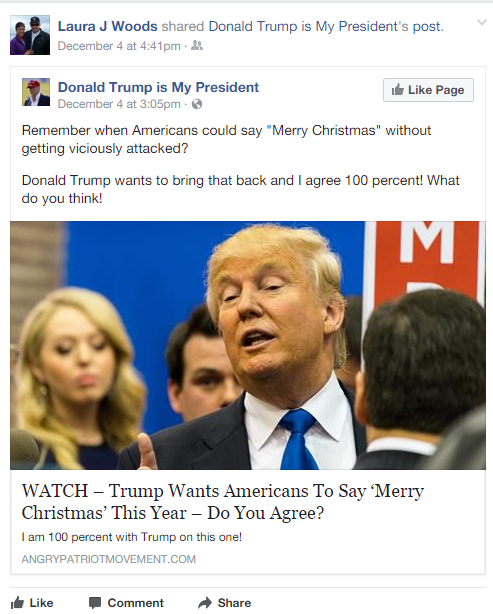 I guess I missed those news-stories about “vicious attacks” on people who say Merry Christmas. Probably because President Obama conspired to keep them silenced, or perhaps sent them all off to FEMA camps so they can be reprogrammed by liberal elites to take the “Christ” out of Christmas. *NOTE: The proceeding sentence was satire and not intended to be re-posted, tweeted or shared on Facebook as “news.”

Jefferson County dodged a bullet by ousting Woods. Someone who believes and passes on nonsense like this is unfit for office at any level of government.