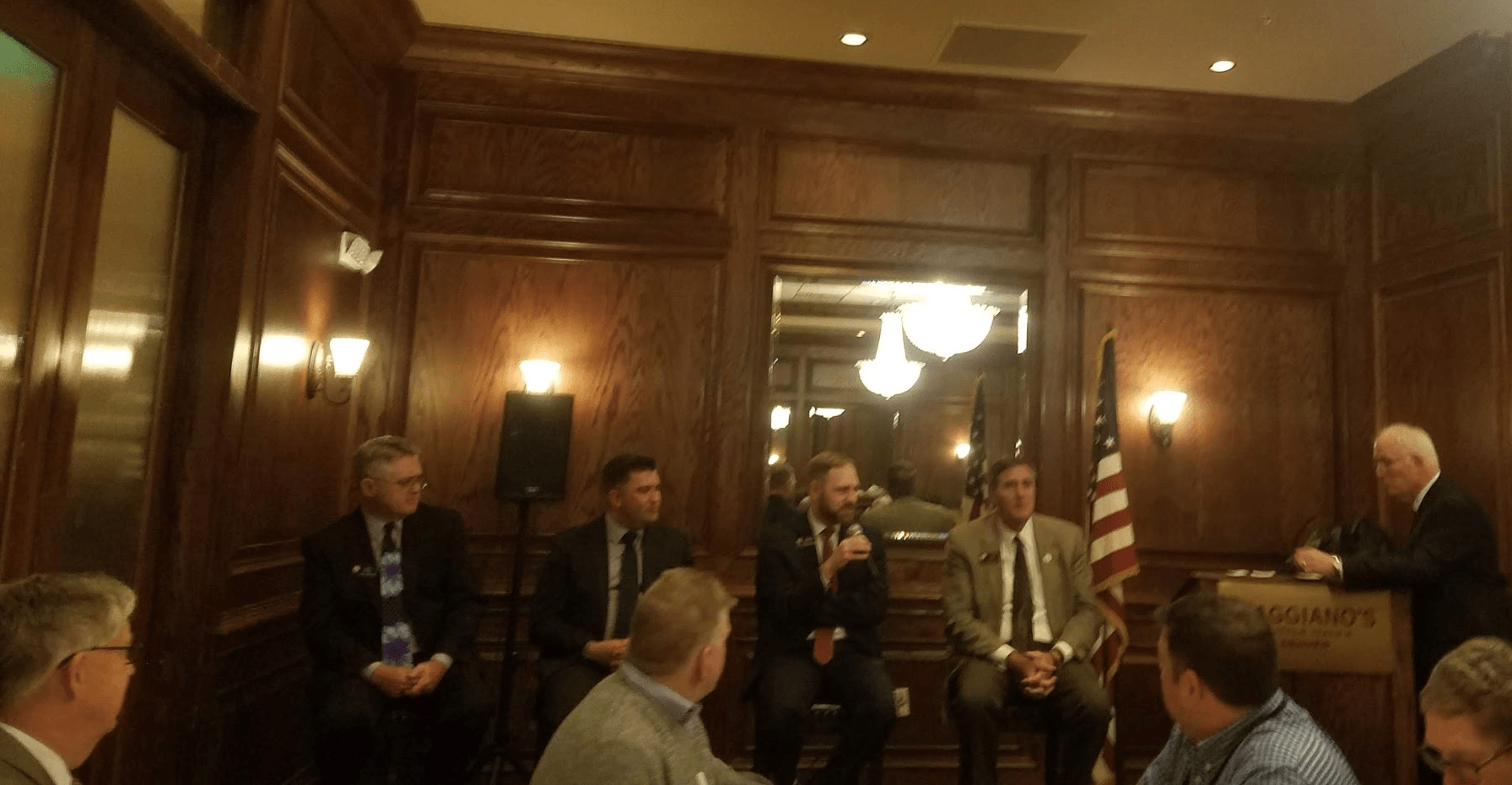 Speaking last month at a Republican Party fundraising luncheon in downtown Denver, all four ranking members of the GOP leadership at the Colorado Legislature said their primary strategy for this year’s legislative session is to stop proposed laws using the procedural stall tactic of demanding that the entire text of bills be read out loud.

Their plan is to wait until later in the session to deploy it for maximum effect.

Calling it “conscription,” Neville said that while it might save Coloradans in the short term, a public option would eventually lead to the end of all private insurance plans on the exchange.

The Minority Leader also objected to another bill, one that would require insurers to cover HIV infection prevention drugs, which are considered highly effective by the Food & Drug Administration.

Neville dismissed that bill as a “feel-good idea” that would add to overall health insurance costs.

That opinion apparently isn’t shared by many members of Neville’s caucus who sit on the Health & Human Services Committee, which passed the bill on a 12-1 vote. It also isn’t shared by the Trump Administration, which announced last June that HIV prevention medications would be reclassified as “preventative medication” starting in 2021, meaning all health plans will have to carry it.

Reached for comment, One Colorado, the state’s leading advocacy organization for lesbian, gay, bisexual, transgender, and queer Coloradans and their families released the following statement from Executive Director Daniel Ramos:

“There are more than 14,000 Coloradans that are currently HIV positive. Preventing HIV is not a ‘feel-good idea’; it is a life-saving idea. We have the ability to prevent new HIV infections, especially in counties like Douglas county, which has one of the highest rates of new HIV infections in the state.”

Neville did advocate for a different type of health care cost management, the so-called “cost-sharing programs” run by Christian ministries. Program members pool monthly premiums not for a guarantee of coverage, but in hopes of voluntary reimbursement of health care expenses they must first pay in whole up front. A Democratic bill, HB20-1008, proposes adding a number of regulations to these programs, which have already faced numerous complaints from Coloradans who thought they were signing up for inexpensive insurance. Monthly costs for these plans are much lower than standard health insurance premiums precisely because these plans are not health insurance; there’s no guarantee members will have all or any of their expenses covered.

Yet Neville’s Chief of Staff, Jim Pfaff, in a Feb. 8 interview on KNUS 710-AM’s Wake Up with Randy Corporon, described these health care sharing ministries, as “an alternative to health insurance in a Christian ministry format, typically, that just allows people to help one another out, rather than having go through the regular insurance.”

Neville followed his colleagues from the other chamber, Senate Minority Leader Chris Holbert (R-Parker) and Asst. Minority Leader John Cooke (R-Greeley) both of whom addressed their plans to grind the legislative process to a halt by demanding bills be read aloud.

“We’re in the minority, so we don’t have a lot of tools, but we do have reading the bills at length,” said Cooke. “Once we did that [last session] -we got an injunction against the Democrats- and we started reading everything at length: the journal and a lot of bills, and then the House did the same thing. Because of that we were able to kill a lot of bad bills.

“We’re going to do the rope-a-dope. We’re going to let the Democrats swing themselves out and then come in and kill a lot of bad bills at the end of session.”

Neville: OK. The public option: [Democrats] are trying to bill it as, ‘This is just another platform that’s going to be marketed on the exchange. And we’re going to add this as just another option to compete with the private options.’

Here’s the difference though. The government can mandate what prices the hospitals have to accept for their reimbursements. They’ll most likely probably tie to Medicare reimbursement rates. The government can also mandate that those hospitals accept and take that insurance plan. That’s not free market. That’s conscription. You’re now forcing the individual to provide a product or service that they may not want to.

Meanwhile, in the state they’ve got four bills in committee now adding more requirements on health insurance. You know a lot of feel-good ideas like ‘Oh let’s just mandate health insurance accept HIV preventative medicine- all sorts of things that we know in this room that the reason our health care costs have gone up through the roof since Obamacare has been because of these mandates. They want to keep adding more and more mandates. So the private insurance company market is totally frozen out.

And then on top of that, they have a bill that’s going to be heard in committee next week to try to shut down the health care cost sharing programs, things like Medi-Share, anyone familiar those? If you’re a private business owner, most private business owners I know that are very small employees, they rely on those types of programs, especially the self-employed. And so we’re seeing a very strategic method where they can try to do a little piecemeal, after little piecemeal after little piecemeal, of a bill, and then the public option being the main key where they’re trying to put you on universal health care.