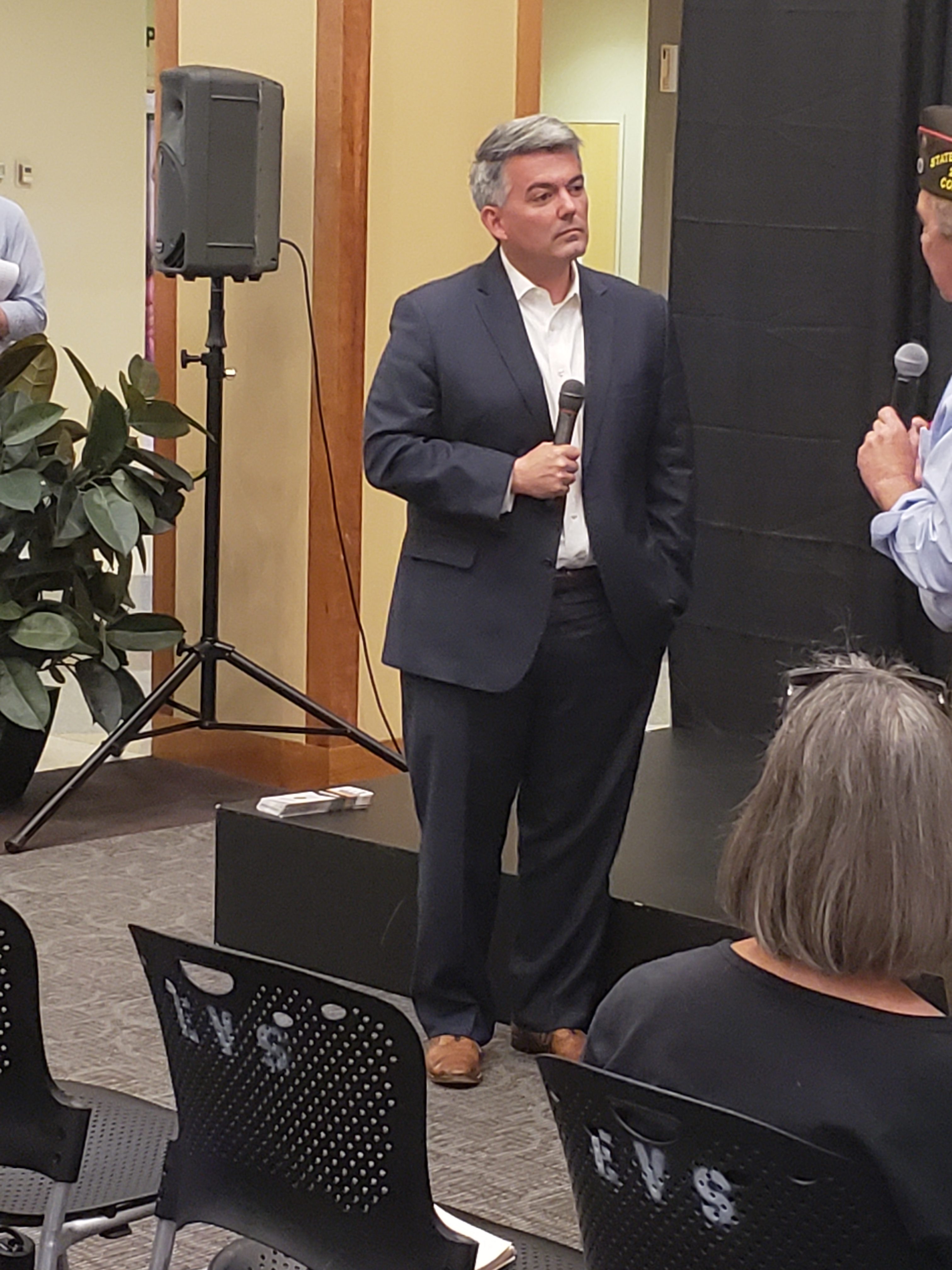 U.S. Sen. Cory Gardner (R-CO) remains silent on whether President Donald Trump withheld military assistance to Ukraine — a country actively fighting a Russian-backed insurgency — to try to force an investigation into a political rival, but during a hearing today on the U.S. policy toward Russia, Gardner called Russian President Vladimir Putin a “thug” and urged the State Department to officially list the country as a “state sponsor of terror.”

“We know that Russia supports terrorist groups,” Gardner, a senior member of the Senate Foreign Relations Committee, charged during a hearing on Tuesday.

Gardner renewed his call to designate Russia as a state sponsor of terrorism, citing its invasion of Ukraine, support for authoritarian regimes in Syria and Iran, and responsibility for multiple chemical-based attacks against individuals that they perceived to be threats as evidence.

Earlier this year, Gardner introduced the Stopping Malign Activities from Russian Terrorism Act with the committee’s ranking member Sen. Bob Menendez (D-NJ). The bill would require the Secretary of State to submit a report to Congress within 90 days of passage on whether Russia fits the criteria to be designated as a state sponsor of terrorism.

In April, Gardner penned an op-ed that laid out the “moral case” for the designation. If the State Department concludes that it should label Russia as a state sponsor of terrorism, it would, among other things, place significant restrictions on foreign aid and military equipment.

“We must take every diplomatic step necessary to protect our allies and our democracy, and to deter a revanchist Russia that is intent on rewriting history and threatening our way of life,” Gardner wrote.

Despite the tough talk on Russia, including his condemnation of the Ukraine invasion, Gardner has mostly refrained from criticizing Trump policies and statements on Russia, including, most recently, Trump’s re-stated and debunked contention that Ukraine intervened in the U.S. election, when, in fact, Russia promoted the hoax of Ukrainian meddling to conceal Russia’s own meddling.

Another point of contention Gardner raised during the hearing was Russian aggression toward NATO allies and the Baltic states — which were previously under Soviet control.

According to the global policy think tank RAND, Russian forces are capable of reaching the capitals of countries like Estonia and Latvia within 60 hours. Lawmakers from both parties called on the Trump administration also to impose sanctions on Turkey — a NATO ally — after it purchased a Russian missile defense system just days before the upcoming NATO summit in London.

Gardner argued that Russia is “clearly an adversary,” and called on the committee to consider a bill that was dubbed the “sanctions bill from hell.” A bipartisan bill introduced earlier this year in the committee would target Putin and the Russian economy in response to their meddling in the 2016 U.S. presidential election, the backing of separatist movements in Ukraine, and supporting Syrian President Bashar al-Assad.

The bill would attempt to institutionalize U.S. support for NATO by imposing limits on the president from unilaterally withdrawing from the military alliance. Still, Gardner called on European allies to increase their burden-sharing in curbing Russian aggression in Eastern Europe.

Gardner has acknowledged that Russia meddled in the 2016 presidential election, unlike some of his Republican colleagues.

“[Russia] is engaged in active information warfare against western democracies, including meddling in the United States’ election in 2016,” Gardner said. Russia, he added, is “clearly an adversary and [continues] to intend to do that in 2020.”