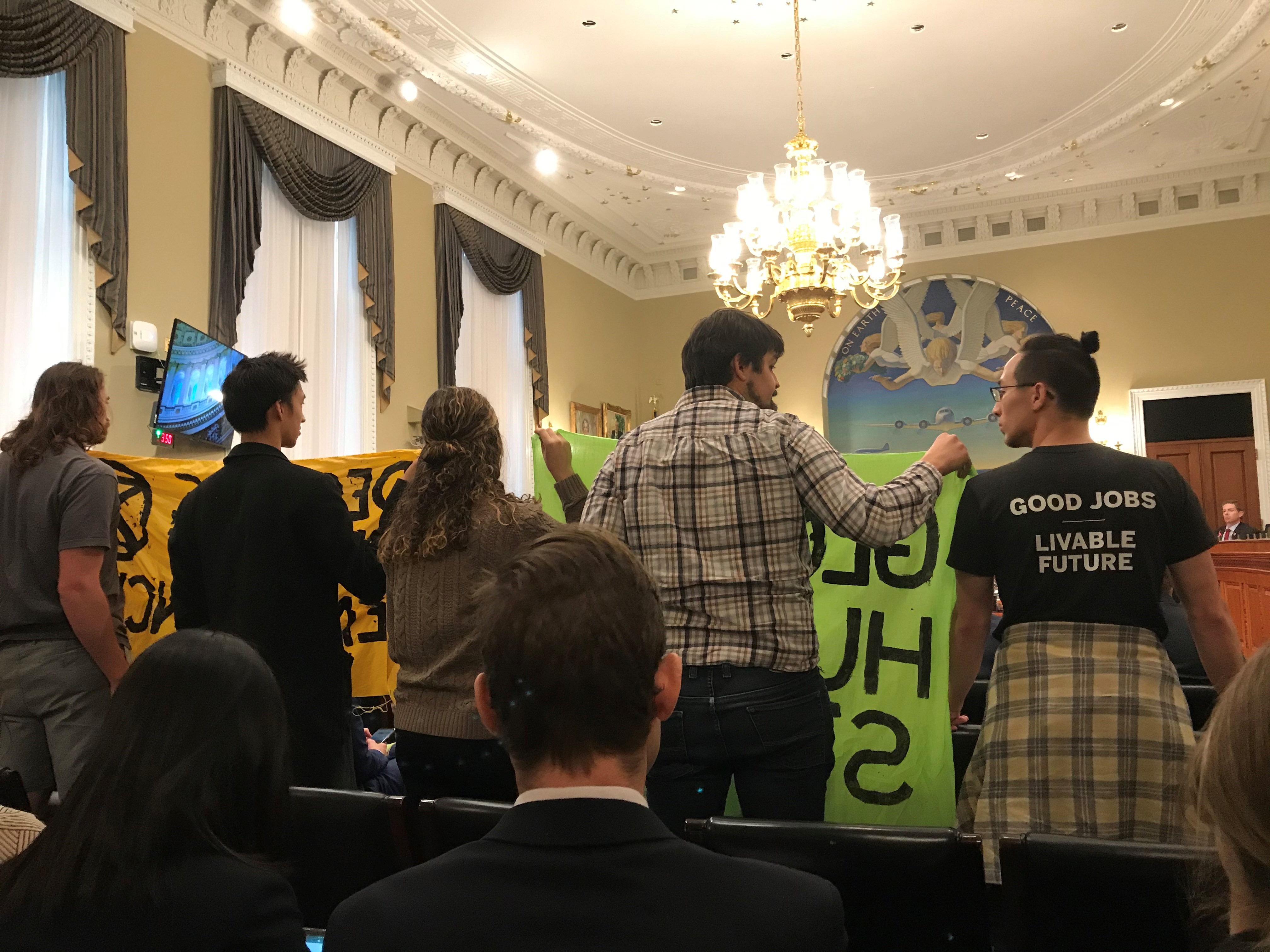 WASHINGTON — With the media spotlight in Washington D.C. focused on impeachment, a bipartisan group of House lawmakers met Wednesday to find long-term solutions to the national climate crisis.

The House Select Committee on the Climate Crisis held a hearing to learn how the federal government can best assist state and local governments in mitigating the risks of a potential climate disaster.

Lawmakers sought expertise on how to develop national standards for responding to extreme weather events. Rep. Kathy Castor (D-FL), chair of the committee, declared that the United States was in a climate emergency and emphasized the need to take immediate action.

A group of activists from Sunrise Movement, a youth-led organization to combat the climate crisis, stood up in the audience shortly after questioning began. They announced that they were in their third day of hunger strikes outside of House Speaker Nancy Pelosi’s office.

“We don’t have time to die!” one protester shouted as others stood quietly holding banners.

The protestors left just before Capitol Police officers could arrive and ask them to leave, but had been standing in the audience for about 10 minutes.

“We hear them, we understand their concerns,” Rep. Suzanne Bonamici (D-OR) emphasized shortly after the protestors left.

When questioning resumed, one of the topics discussed was how Congress can incentivize states to improve building codes that meet the vulnerabilities coastal communities in particular face.

In some states, a new homeowner can be misled, if they are told at all, about whether their new home had been prone to flooding. Something as simple as stricter disclosure laws, former head of the Federal Emergency Management Agency Craig Fugate said, could make a world’s difference.

But to do so, said Alice Hall, senior fellow for climate change policy with the Center for Foreign Relations, “we must create carrots and sticks” to encourage local leaders to adapt to the changing environment. In some cases, the need to discourage inaction is just as important to achieving sustainable goals.

What Congress should not do, Hall added, is spend resources in a way that is not resilient moving forward. That means, according to Hall, a shift in focus toward resilient building codes, investment in risk assessments, and technological assistance for decision makers.

Tasked with delivering an ambitious plan to reduce the risks and costs of a potential climate crisis, the committee will release an official report with policy recommendations to the full Congress by March 31, 2020.

Rep. Joe Neguse, a Boulder Democrat, did not attend Wednesday’s hearing. He is the only member of the Colorado delegation that sits on this committee.

Neguse hosted the first official field hearing for the committee in the second district earlier this summer, where the audience broke out into a roar of applause before the chair could officially announce the start of the hearing itself. Boulder Mayor Suzanna Jones then told lawmakers that flooding alone has cost Colorado untold billions of dollars in damage.