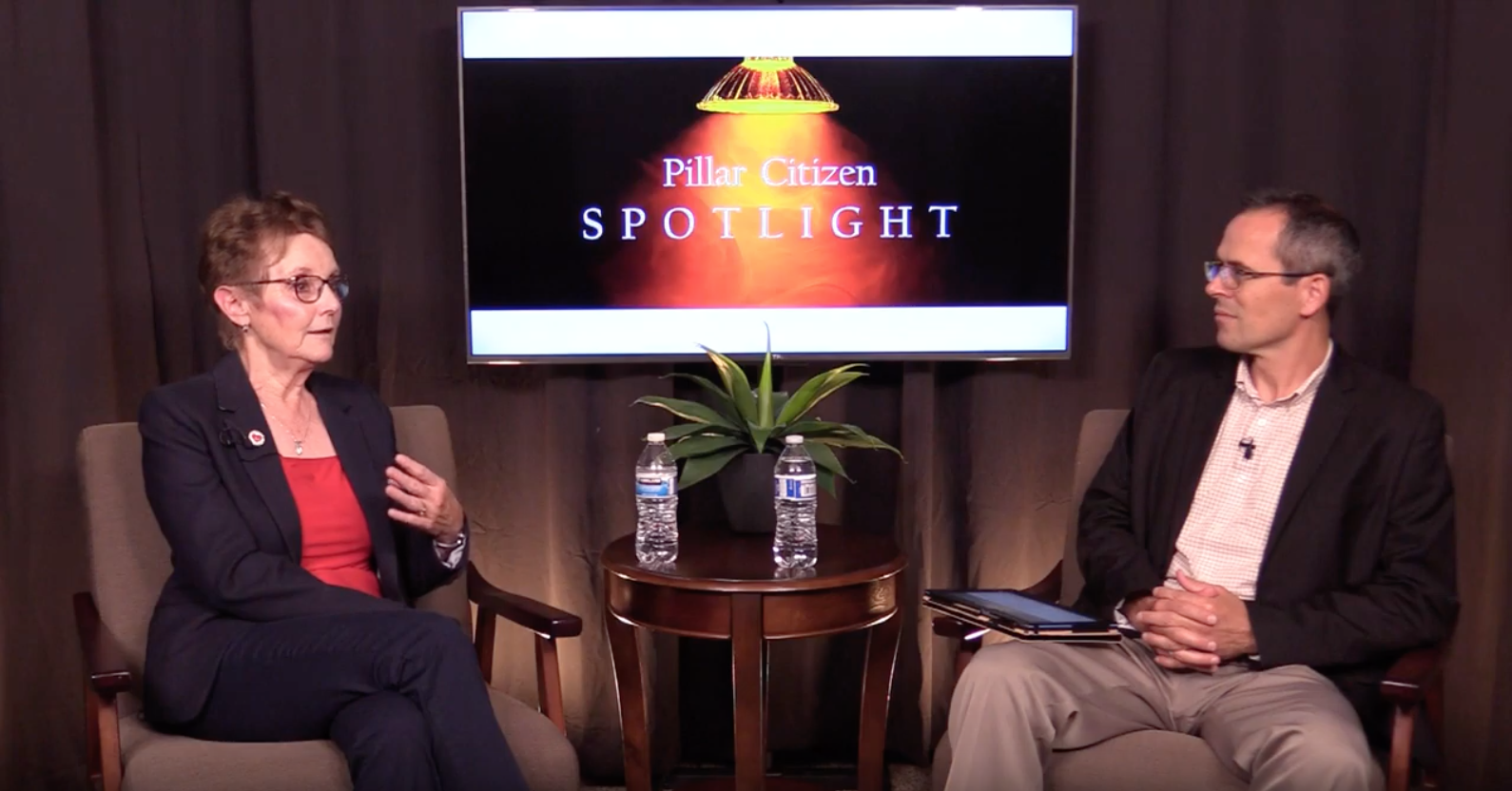 Leaders of the Republican Party in Adams County will hear tonight from the president of an anti-LGBT group called The Patriot League, which is a nonprofit organization that “seeks to reclaim America’s goodness” by working “to correct unjust laws & influence society towards a consensus on the indispensability of Traditional Marriage, Parental Rights, Religious Liberty & the Humanity of the Unborn, four pillars of moral truth sustaining America’s ability to survive & thrive.”

Robertson recently interviewed Adams GOP Chair (and former state representative) Joanne Windholz for his “Pillar Citizen Spotlight.” He described her as a leading member of the “Pillar Citizen Community,” the group’s project to advance its “four pillars of moral truth.”

“Traditional Marriage” is the top pillar listed on the League’s website, which also contains Robertson’s thoughts on why the U.S. Supreme Court’s ruling legalizing gay marriage is a mistake that must be corrected. He also encourages people to “actively reject” the authority of the Supreme Court:

“…sitting on a certain court doesn’t make persons infallible—sometimes
mistakes have to be corrected. If Americans reversed one egregious
decision via a Constitutional Amendment why should we think it beyond
the pale to do it again? 1857’s ruling had its 1868 correction. When will
2015’s correction happen—and more importantly are you & I willing to go to work to make it happen? Let me encourage you to actively reject the idea that the authority & self-determination of “We The People” has been replaced by a branch of the Federal government.

Windholz agreed with Robertson that “if we lose the issue of life,” (speaking to the lack of anti-abortion laws in America) the county will head down a path towards becoming Hitler’s Germany.

Calls and emails requesting comment from Windholz and Robertson were not immediately returned. This post will be updated with any response.