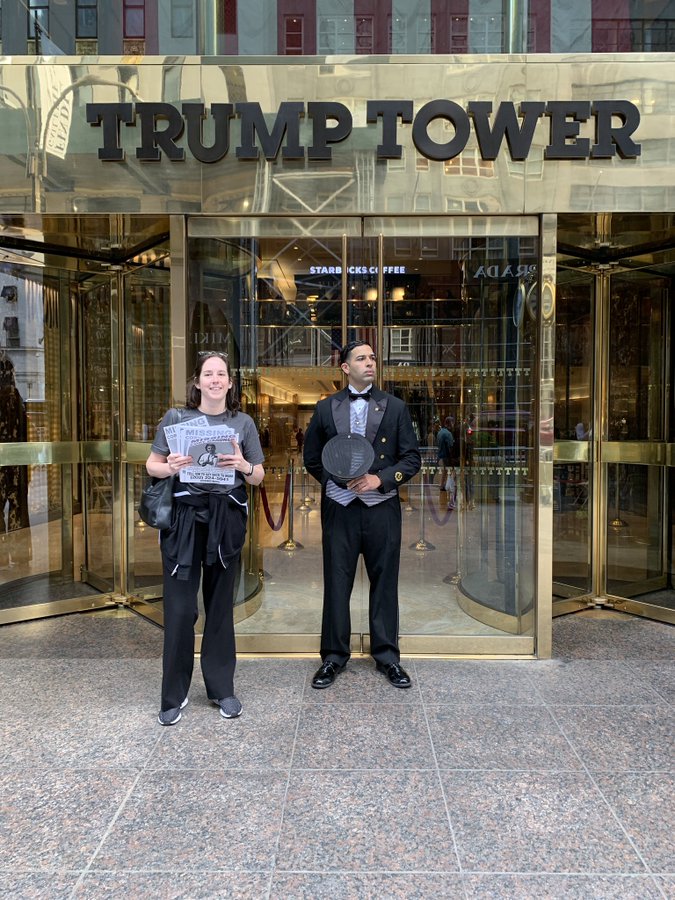 “Have you seen Cory Gardner yet?” I asked Laura Packard, as she was trekking through New York today.

No. But she’s convinced she’s getting close.

But Packard doesn’t know precisely where the Victory Committee is meeting.

Her first assumption was Trump Tower. So Packard went there. No Gardner.

A tweet bounced around showing Packard standing next to a Trump Tower doorman. She held leaflets stating, “MISSING: CORY GARDNER” and “TELL HIM TO GET BACK TO WORK,” along with his phone number, “202-224-5941.”

Then Packard went to another hotel, Lotte New York Palace, identified by conservative author Bill Kristol as the location for the lavish gathering.

In between, Packard went to Central Park.

“I asked all the carriage drivers, and they have not seen him,” said Packard. “I asked the horses, and they had nothing to add.”

“In Times Square, I asked the people in the Disney costumes; they had not seen him either.”

Packard is used to this. She’s been on Gardner’s trail for months, and for her, the stakes are high.

She wants to know why Gardner, who’s avoiding the public and press in Colorado, doesn’t have the “integrity to face the people he’s representing and tell us how he’s voting and why.”

“It’s funny but sad to have to travel 1,600 miles to try to find your senator.” said Packard. “Why is he in New York collecting big checks right now instead of being in Colorado talking to the people he is representing.”

Asked if she thought it would be easier to find Gardner in New York than Colorado, Packard said, “Yes, because Manhattan is, what 10 miles? In Colorado, he only pops up at carefully curated events that are hundreds of miles apart. This is a much smaller geographic area to find the senator.”

“I am here through Sunday, as is Cory Gardner, I guess,” she said. “I don’t know where he is going to be. But I’m here. And I’m going to keep looking.”