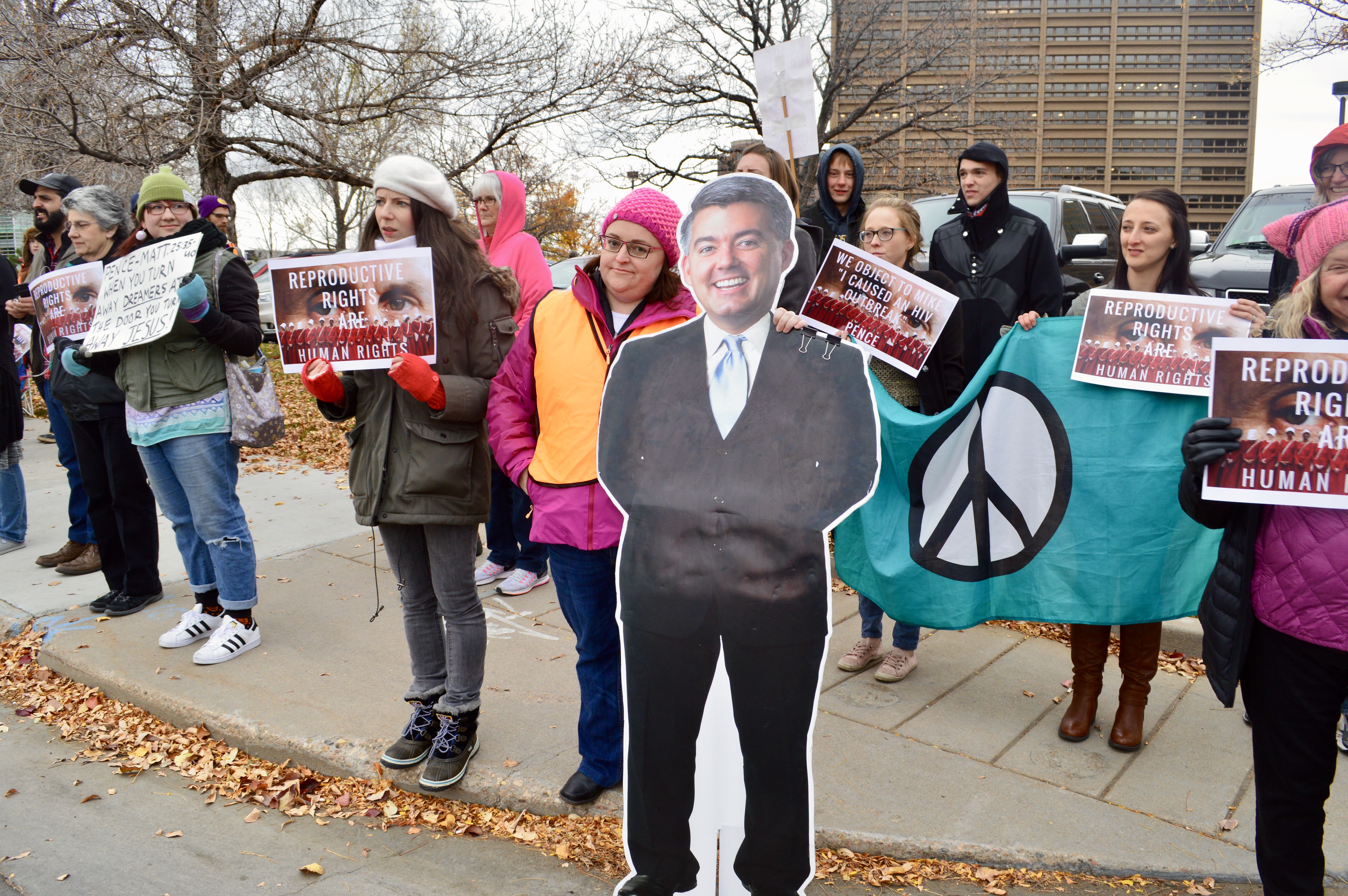 In fact, Gardner hasn’t held a public town hall meeting since Nov. 20, 2017, or about a year and four months ago.

“He’s resorting to canned Facebook video messages that are one way, and I think that’s what he likes,” said Katie Farnan, of Indivisible Front Range Resistance, pointing out that Gardner has yet to hold a town hall meeting since he voted for the unpopular Trump tax bill. “I’m worried that he’s looking at poll numbers and data and statistics, but he has no clue about what people on the ground are going through.”

“These group meetings represent cohorts of people that have power of some kind,” she said. “They are county commissioners. Or they are public works officials. Or some other grouping of people that already has the ability to speak to him when they want. And that’s obvious. The people who he refuses to be around are the public in general.”

This is not the first time Gardner has logged over a year of town-hall invisibility.

Colorado’s junior senator went from the spring of 2016 until August of 2017 without holding a town hall, drawing sharp questions from reporters for dodging the public for so long.

Farnan doesn’t think the possibility of encountering such crowds should stop Gardner.

“If they are rowdy, that’s his doing,” said Farnan. “He’s kept us a bay for so long. There’s got to be a way to ameliorate that. But certainly the way not to do it is to continue to have photo-ops with homogeneous groups in fluorescent-lit closed meetings and make it sound as if you’re getting out there and listening, because that’s just an insult.”

Gardner did not return a call seeking to know if he will hold an in-person town hall again, but in response to reporters’ questions about the no-Gardner town hall in 2017, where his cutout took the questions, Gardner said:

“Washington, D.C., cannot operate in a vacuum, and that’s why I’m always eager to meet with Coloradans and gain their input on a variety of issues,” Gardner said in the statement to The Denver Post at the time. “I’m fortunate to have had the opportunity to meet with so many different groups across the Front Range, and I look forward to continuing to meet with Coloradans in the days ahead.”

A search of Gardner’s website and other public records indicates that the Yuma Republican’s last in person town hall took place Nov. 20, 2017, at the Pueblo Convention Center.

At the event, Gardner spent most of time defending himself, with far more opponents in the room than supporters.

The criticism has been a hallmark of many of his public appearances, and it was apparent again Monday during a 90-minute town hall attended by 220 people at the Pueblo Convention Center.

But the main complaint from his constituents is that he doesn’t listen to them or vote as they think he should.

KNUS radio host Chuck Bonniwell, a conservative Republican and publisher of the Cherry Creek Chronicle, wondered on air Friday if Gardner is doing “anything or try to win” next year’s election, given the absence of events on his public schedule.