‘We Are Boulder:’ How To Deal With Tragedy and Trauma Related To Mass Shootings 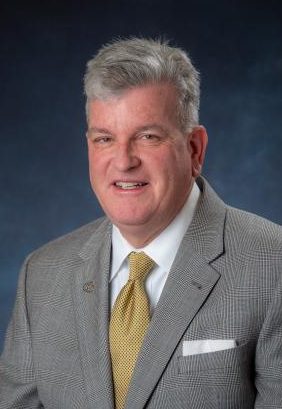 University of Colorado Regent John Carson, a Republican representing a Democratic-leaning district, has decided not to run for re-election next year, widening the highway for Democrats to color Colorado a deeper hue of blue.

Republicans currently hold a tenuous one-seat majority on CU’s Board of Regents, which fell under intense scrutiny after it voted in a 5-4 party line vote in May to appoint CU President Mark Kennedy, a former GOP Congressman, to be CU’s President.

Carson’s departure from the race leaves Republicans without the advantage of incumbency in a district where Democrats have a distinct, but not overwhelming, advantage. The district covers Aurora and suburbs south, east, and north of Denver.

A Democratic victory next year would likely flip CU’s governing board, as two regents up for re-election next year come from solid blue districts that would be expected to elect Democrats.

Gaining a majority on the board of regents would mark another step in a steady takeover of statewide representative bodies and offices by Democrats, having flipped the state Senate and Colorado State Board of Education last year–as well as the secretary of state, treasurer, and attorney general offices.

Only two Colorado Republicans remain in offices that require approval by voters statewide: U.S. Sen. Cory Gardner (R-CO), who will defend his seat next year, and CU Regent at-large Heidi Ganahl, who’s up for re-election in 2022.

Republicans have held a majority on the Board of Regents for a jaw-dropping 40 years, and the board has a history of appointing Republican Presidents, like Kennedy, Bruce Benson, Hank Brown (a former Colorado Senator), and others.

Carson told the Colorado Times Recorder that he decided not to run primarily because he’s been dedicated to public service, in various capacities, for 14 years, and he wants to spend more time with family and elsewhere.

Asked if the political climate in Carson’s district was a factor in his decision, Carson said it would have been a close race that would have demanded a lot of his time.

“I will say, the race will be a very close one,” said Carson, whose departure was first reported a few weeks ago by CU Connections. “I think it would be a very time consuming race for me. So, to that extent, I would say it was a factor. It’s going to be a lot of work to win that district. For me, when I weigh the other things I need to focus on with work and family and other things, I just decided it would probably be better to let someone else take on that challenge.”

Nine regents are elected to CU’s ‘governing board. Voters in each of Colorado’s seven congressional districts elect one regent, and two regents are chosen by voters statewide. All serve 6-year terms.

In the 2016 election, the same district backed Hillary Clinton over Trump by nine percentage points, and at the same time elected Republican Coffman by eight points.

Asked to comment on Carson’s departure from the regent race, Ilana Spiegel, a Democrat who’s running for Carson’s seat, said, “Our campaign is built from the bottom up. We have Democrats, independents, and pragmatic Republicans who all want to see University of Colorado to be a flagship university for our country. And that’s the kind of leadership I’ll bring. Our team is working harder than ever to be ready for whoever our opponent may be.”

CORRECTION: Jason Crow was initially misidentified in this post.