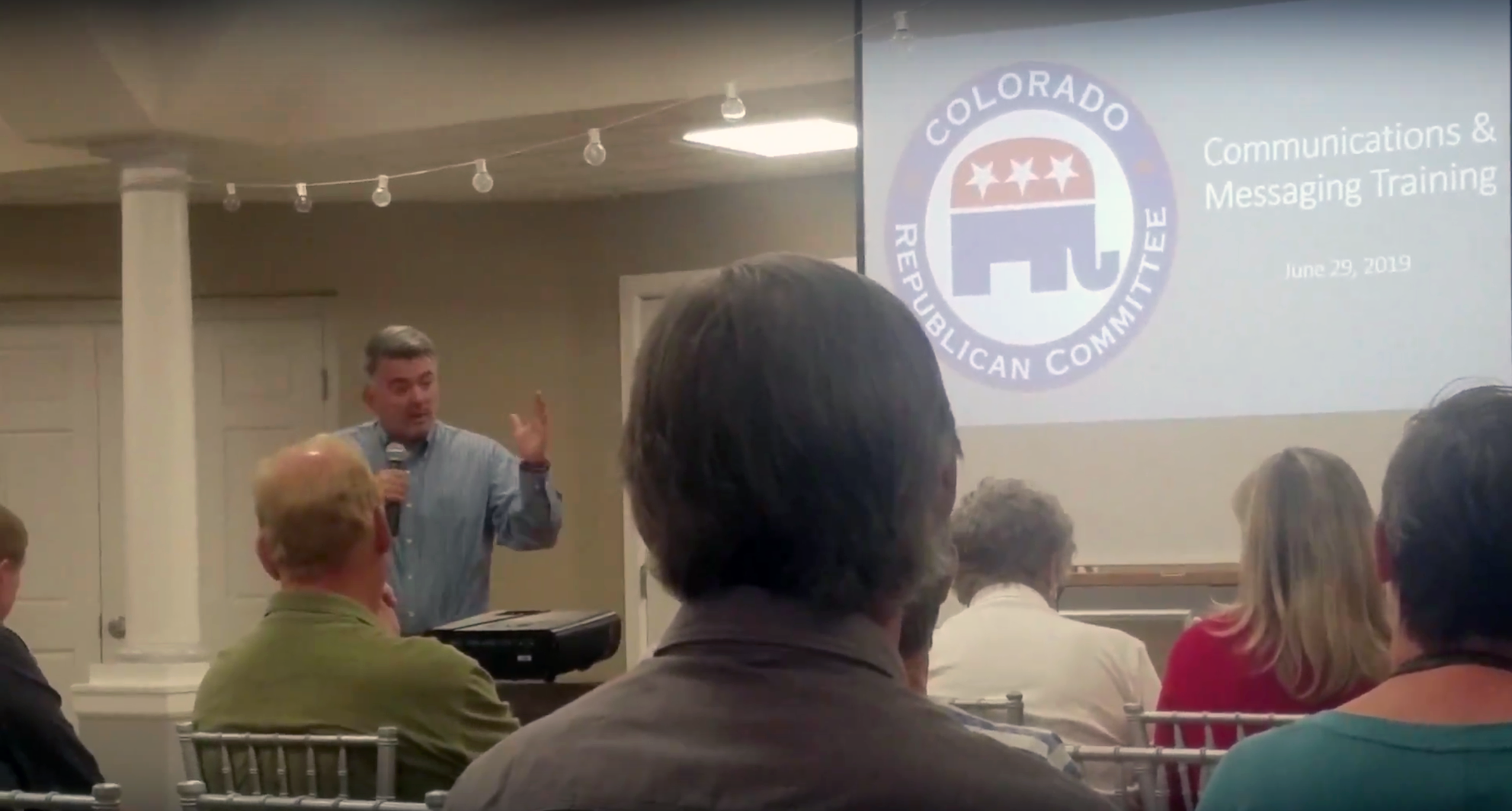 [The Democratic presidential candidates] said they want to “decriminalize” [the border],” said Gardner. “That means you in essence have eliminated the border–not just the border–but when you fly into an airport, why would they even have customs at an airport, right? You don’t even need that. That is in essence what they’re arguing for.”

As with many of his recent Colorado events, Senator Gardner surprised the crowd with his appearance. Focusing on what he sees as Democrats’ dangerous policy proposals, Gardner addressed issues discussed during last week’s Democratic presidential debates: healthcare, immigration, and more specifically, healthcare for immigrants.

His warnings on immigration in particular drew audible gasps from the audience. Gardner claimed that the Democratic contenders all said they wanted to eliminate the border, including ending customs controls at American airports.

Gardner: The bottom line is they want socialized medicine. They want to remove 167 million from their employers’ health care right now.

They want to give healthcare to people who are not citizens of this country, paid for by all of us.

Gardner’s claims about Democrats wanting to eliminate the border are based on a segment of the debate when candidates were asked to raise their hands if they believed it should be a civil, rather than criminal, penalty to cross the border with documentation.

Immigration violations and punishments, including detention and deportation, are generally enforced under civil law. But crossing the border without permission is a misdemeanor punishable by up to six months in prison. To carry out the family separation policy, the Trump administration systematically prosecuted migrant parents arriving with their kids at the border on criminal immigration charges ― leaving their then-unaccompanied children in the hands of civil immigration authorities.

Gardner told the Republican activists that Democrats’ nearly unanimous support for decriminalizing border crossing (by making the penalty civil rather than criminal) was the same as arguing for eliminating all border control, including removing customs checkpoints from airports.

Gardner was adding to President Trump’s frequent conflation of decriminalization with so-called “open borders,” a falsehood that was fact-checked by the New York Times last summer: “No, Democrats Don’t Want ‘Open Borders’.”

At no point in the June 28 Democratic debate was the idea of eliminating customs control at airports discussed, nor has any Democrat proposed the idea.

Gardner concluded by saying that “the American people are afraid of what they [Democrats] want to do.”

Besides Gardner, the other main speaker was Trump campaign staffer Jefferson Thomas who assured the audience that the Trump and Gardner campaigns are fully united.

“This isn’t just the Trump campaign, this isn’t just the Gardner campaign or the state party campaign, this is Team Colorado. For everybody who says we’re not all united the four of us [Thomas, Gardner campaign manager Contres, and state GOP staffers Lx Fangonilo and Kyle Kohli], we talk multiple times a day. And that’s something that we need you to go out and tell your communities. What does success look like in Colorado? It looks like getting Donald Trump and Cory Gardner elected in Colorado. It’s not an either/or. It’s not successful if both of those things don’t happen.