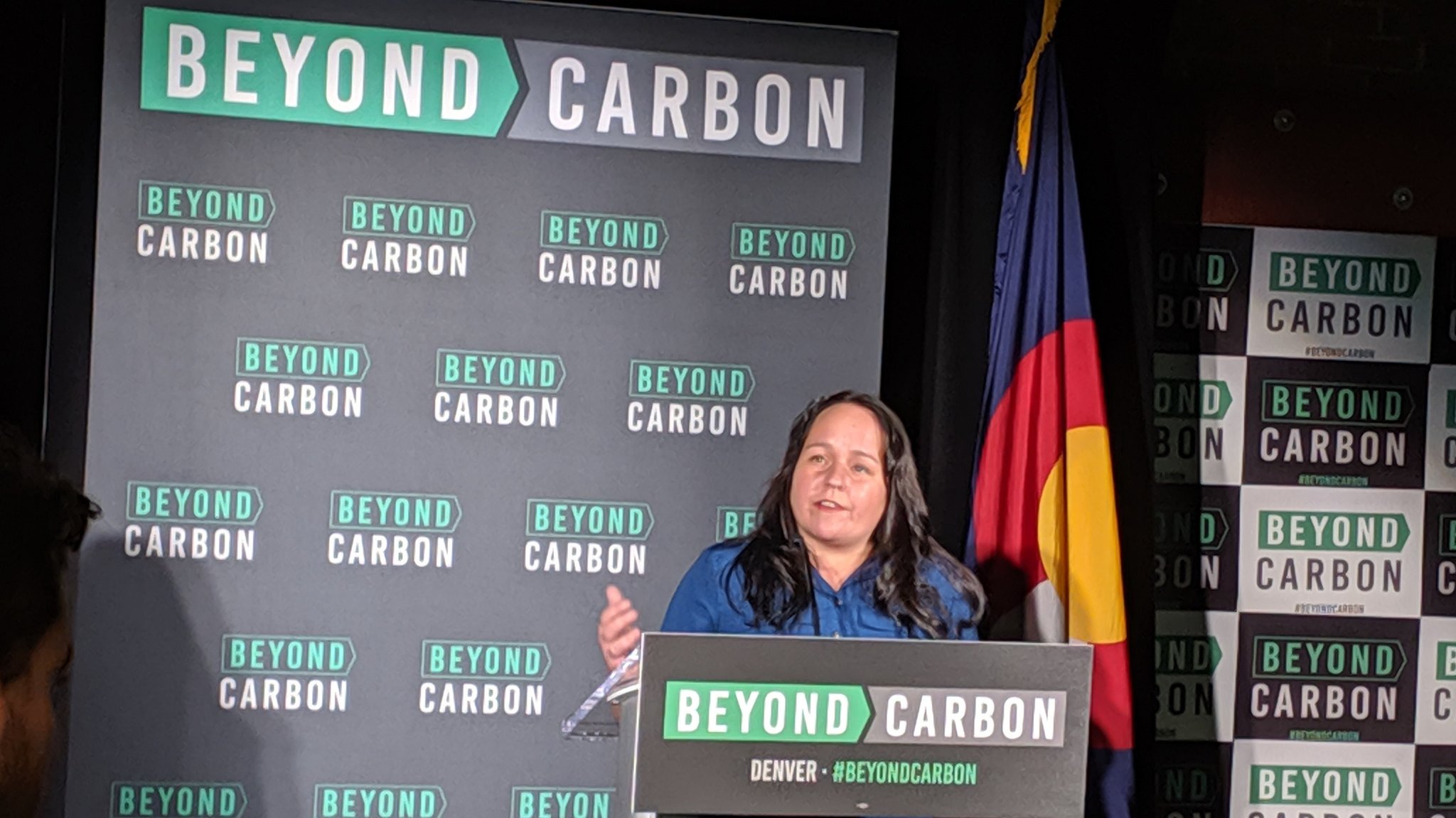 The event, held at the Alliance Center in downtown Denver, celebrated the legislature’s passage of several bills focused on climate change. First among them is the Climate Action Plan to Reduce Carbon Pollution, signed by Governor Polis on May 30, which puts Colorado on a path to reduce carbon pollution 26 percent by 2025, 50 percent by 2030, and 90 percent by 2050.

“Here in Colorado, we have chosen to take bold leadership to cut carbon, grow renewables and clean our air – for all of us,” stated Sen. Angela Williams (D-Denver). “By taking these bold actions, we stand ready to bring relief from pollution to disadvantaged communities, and steps that will help our small businesses meet the challenge of cutting carbon. We look forward to having Beyond Carbon as a partner in Colorado to help us achieve these goals in all four corners of our state.”

“Climate change is not an issue we can pass off to the next generation – it is a threat that demands action today,” said Garnett.

The effort isn’t just taking place under the dome of the state legislature; local city and county leaders are also participating. Westminster Mayor Pro-Tem Anita Seitz, who also serves as president of Colorado Communities for Climate Action (CC4CA), reinforced the commitment of municipalities to doing their part:

“The 27 towns, cities, and counties that make up our local government coalition know first-hand how damaging climate change is. Colorado families, businesses, and local communities are already experiencing serious and escalating impacts, harming our economy, our environment, and our quality of life. As local elected officials, we are committed to assertive local action and to strengthening climate policy statewide. Colorado’s governor and legislators accomplished a lot over the past five months, and we are fired up to keep the momentum going.”

“By acting on climate, we can rein in air pollutants like carbon, mercury and sulfur dioxide, dramatically reducing the rates of heart disease, asthma, respiratory diseases, and cancer — especially for children, seniors, and frontline communities,” said Juan Gallegos, director of Protégete at Conservation Colorado. Protégete is a program that builds a more powerful voice for local Latino communities in the fight against climate change by promoting a healthy future for all Coloradans.

Beyond Carbon is a project of Bloomberg Philanthropies. Former New York Mayor Michael Bloomberg, who currently serves as the UN Secretary-General’s Special Envoy for Climate Action, launched the organization following President Trump’s decision to pull the United States out of the Paris Climate Agreement. The group will advocate for the passage of clean energy policies, help to elect climate-forward representatives at the state and local levels, and provide support to the grassroots climate movement across the country.