Ken Buck on Coronavirus: Do As I Say, Not As I Do 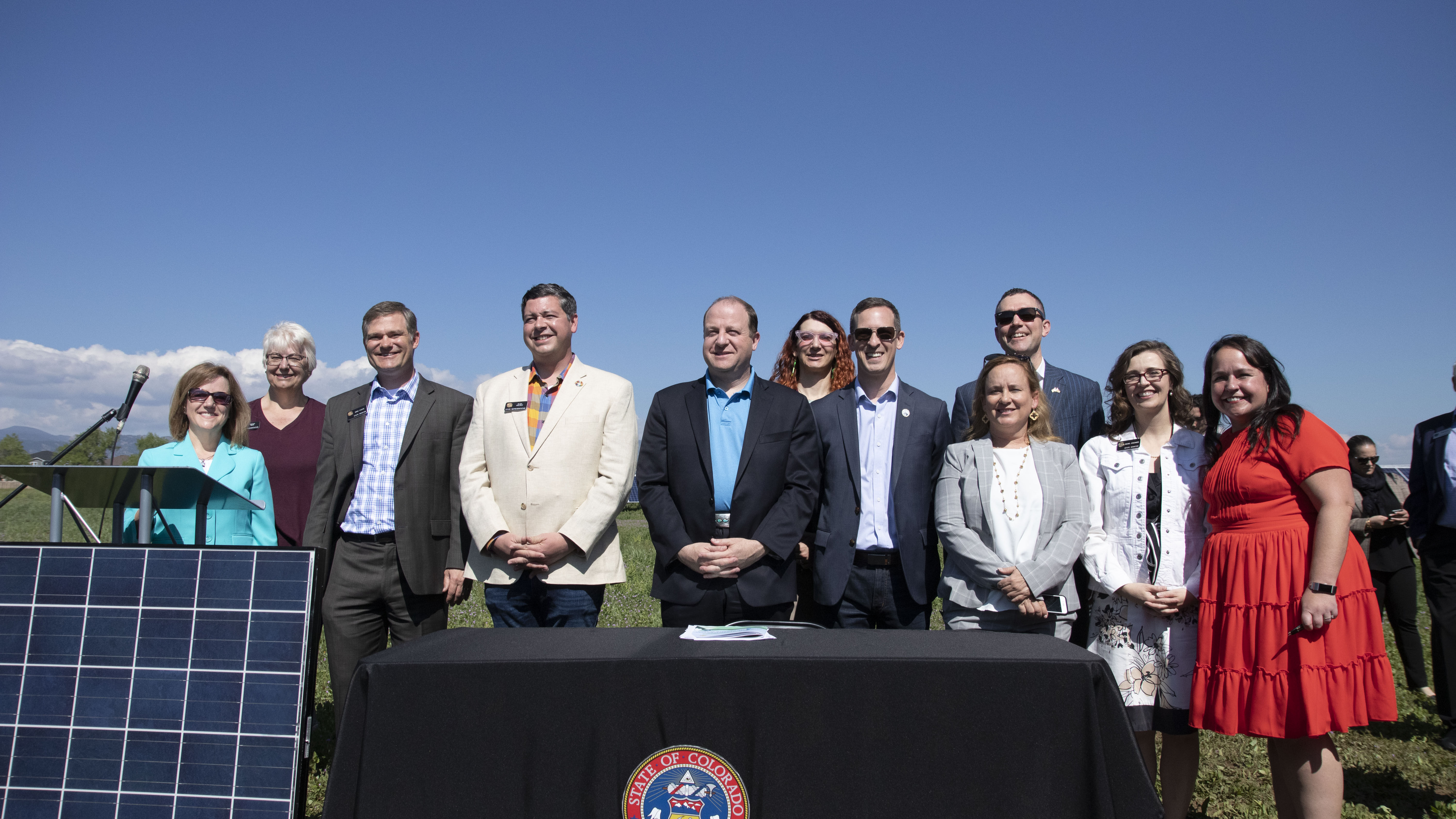 Governor Jared Polis (D-CO) signed several climate action bills today that will contribute toward the administration’s goal for the state to become entirely reliant on renewable energy sources by the year 2040.

Hosted by SunShare Community Solar, the bill signing attracted local elected officials and community members to witness the beginning of a new era for energy production in Colorado.

Among the bills signed today was the Community Solar Gardens Modernization Act, which allows people in urban districts access to solar energy who would otherwise not have the option to participate in Colorado’s climate action goals.

David Amster-Olszweski, CEO of SunShare Community Solar, highlighted the economic, legislative, and innovation opportunities which these bills will foster in creating a robust and reliable renewable energy sector in the state.

“These bills basically open up the market for solar energy and renewable energy in this state for customer choice,” said Amster-Olszweski. “They streamline regulations and they open up new markets to allow consumers to really drive this change of shifting to 100 percent renewable energy.”

Polis hopes the new legislation, in conjunction with the roadmap to a cleaner Colorado energy industry, will create “good green jobs that can never be outsourced, and save people money on electricity,” according to a press release from the Governor’s office.

“The roadmap is not just about a vision but includes concrete steps that will help us reap the economic benefits of renewable energy, curb pollution of our air, and fight climate change,” Polis said. “Colorado has always been a leader in clean-tech innovation and we have no intentions of slowing down.”

Roughly fourteen Colorado towns and counties have already achieved 100 percent renewable energy goals. The roadmap, along with new legislation, is creating a pathway for all cities in Colorado to join the effort toward meeting the goal for cleaner energy statewide.