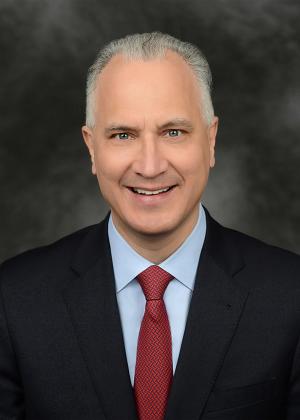 In a speech in front of the U.S. House of Representatives, the University of Colorado (CU) presidential finalist, Mark R. Kennedy, referred to an abortion procedure as “barbaric.”

In October 2003, Kennedy voted to constitutionally ban “dilation and extraction” abortions, often referred to by anti-choice advocates as “partial-birth” abortion, which is a political term rather than a medical one.

Dilation and extraction abortions made up 0.2 percent of all abortions in 2000 and take place between 20 and 24 weeks of pregnancy.

“Since 1995, State Legislators in both houses of Congress have passed laws with broad bipartisan support banning this barbaric procedure known as partial-birth abortion.” Kennedy said, “Although successful in 31 states, twice bills passed by Congress to ban partial-birth abortion were vetoed by President Clinton. However, I’m happy to say that President Bush has indicated he will sign this bill into law and ban what he calls an abhorrent procedure that offends human dignity.”

The nomination of Kennedy as the sole finalist in the presidential search has been met with a sense of skepticism among the university’s student base and staff.

Thomas Andrews, a historian at CU, feels that Kennedy was not vetted properly and fears that the appointment was based on his political and business resume, rather than his university experience.

“Students and faculty were able to dig up a lot on Kennedy that appeared to be new information to the Board of Regents,” said Andrews.

In contrast, Kennedy received an A+ rating from the National Rifle Association, reflecting a pro-gun voting record, and a 93 percent rating from the U.S. Chamber of Commerce for pro-business votes.

Kennedy’s tenure as president of the University of North Dakota (UND) was also controversial.

He developed “a hostile relationship” with a major donor to UND, Kris Engelstad McGarry of the Engelstad Foundation, according to newspaper reports.

The hostility towards McGarry came about after Kennedy expressed his disapproval of the Ralph Engelstad Arena contract with UND and RE Arena Inc., the company that owns the arena building.

McGarry told the Bismark Tribune she filed complaints about Kennedy with UND Board of Regents and never heard back. Then, after filing those complaints, UND’s Chancellor Mark Hagerott released the midyear review which excluded any “negative publicity” involving Kennedy.

And a letter by CU Regents Sue Sharkey and Jack Kroll responding to backlash over Kennedy’s qualifications cites Hagerott as a “strong reference” for Kennedy received by CU’s Board of Regents.

Kennedy’s controversial statements and votes as a former GOP Congressman along with disputes while president of UND have sparked public backlash aimed at its Board of Regents.

For example, a new ad campaign against Kennedy’s appointment has recently surfaced on Facebook. “CU Against Kennedy” demands “transparency from the CU Board of Regents” and insists Kennedy “is flawed and unfit to lead the University of Colorado.”

CU Regent Heidi Ganahl, who led the search committee that settled on Kennedy, did not return a call for comment.

For his part, Kennedy has said his stance on abortion will not impact the university.

CU has set up a website for feedback on the search process and the presidential appointment of Mark Kennedy.