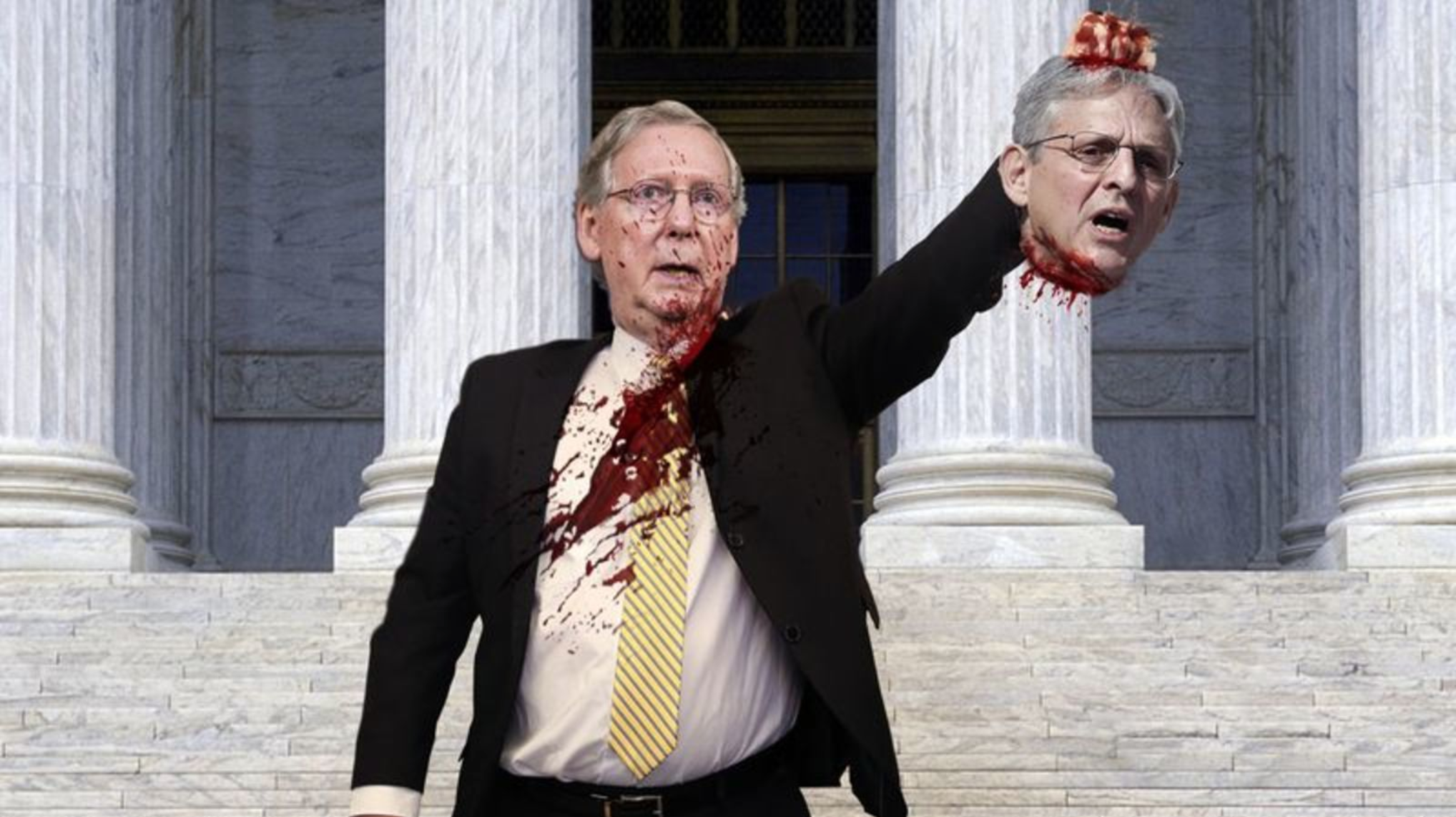 Davis shared the fake photo, originally created by the Onion, showing a bloody U.S. Senate Majority Leader Mitch McConnell of Kentucky holding up the severed head of Judge Merrick Garland, whose nomination for the U.S. Supreme Court by Obama was torpedoed by McConnell.

Davis deleted the tweet soon after, but not before Reuters reporter Lawrence Hurley grabbed a screenshot.

Prior to working in Washington, Davis worked in Denver running his own firm, MRD Law, which represented former Colorado Secretary of State Scott Gessler in his lawsuit challenging his ethics violation for misappropriation of funds to attend a Republican National Lawyers Association (RNLA) conference while in office. Gessler has lost at every court level. Last summer, the Colorado Supreme Court ruled against Gessler unanimously. Gessler petitioned for a review of the ruling by the United States Supreme Court, which denied his request last October.

Last summer Colorado Politics’ Marianne Goodland reported that between paying for Gessler’s lawyers (including Davis) and the Colorado attorney general’s obligatory defense against the lawsuit, state taxpayers have paid an estimated half million dollars in legal costs related to Gessler’s futile protest of a $1,500 fine. As of March, the Independent Ethics Committee was considering sending Gessler to collections and possibly filing a complaint with Colorado’s attorney disciplinary board as “Gessler’s counsel has stopped communicating with us, and there’s no indication that penalty has been paid.”

This isn’t the first time Davis’ partisan tweets have landed him in trouble. In advance of the Christine Blasey Ford hearing during the Kavanaugh confirmation last summer, Davis tweeted, “Unfazed and determined. We will confirm Judge Kavanaugh,” leading the press to note that it didn’t seem like the Judiciary Committee was interested in listening to Ford’s testimony.

Last month the Republican National Lawyers Association honored Davis with its Betty Murphy Award. According to the RNLA website, the first part of the organization’s mission is to “advance professionalism.”