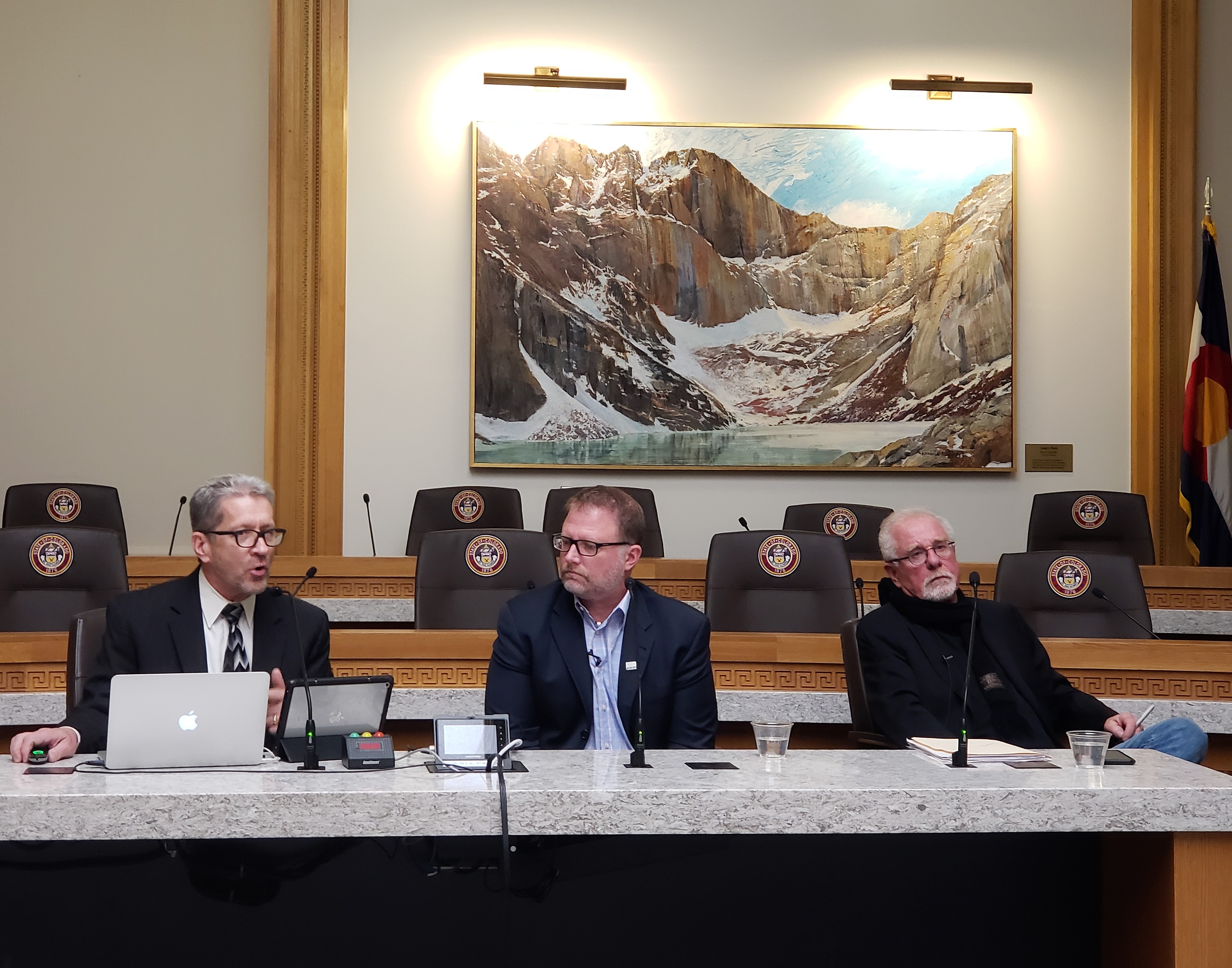 In an emotional if fact-challenged presentation, conservative talk-radio hosts took their campaign against an initiative to fight overdose deaths to the state Capitol on Monday.

KNUS radio’s Mark Crowley, Peter Boyles, and Steffan Tubbs presented
personal anecdotes from what Tubbs describes as “a truly, truly saddening trip” to Canada. The three men visited Vancouver, BC, to view a safe injection site, where addicts can use drugs, purchased on the street, under the supervision of medical personnel.

The presentation featured jarring images, an explicit video of heroin users, and fear-inducing accounts of addict behavior on the streets of Vancouver.

“It was like barter town in Mad Max,” said Boyles referencing a film made 40 years ago.

Back in the real world, a recent report by the prestigious New England Journal of Medicine summarizes current research on Canadian efforts to combat opioid-overdose deaths.

Citing a 725 percent increase in overdose deaths in all of British Columbia since 2003, Crowley insinuated that the establishment of safe injection sites directly caused the increase.

Correlation does not mean causation

But no evidence presented by the radio station’s staffers suggests that the safe-site program in Vancouver contributed to the increase in deaths.

In fact, overdose deaths have increased dramatically across the United States in locations that do not have safe-injection programs.

According to the Colorado Health Institute, drug overdose deaths in Colorado–which has no safe-site-injection sites–increased from 487 in 2003 to 1,112 in 2017, an 128 percent increase.

Tubbs spotlighted the fact that there have been no reported deaths at safe injection sites. Then, Tubbs quickly speculated on overdose death locations without providing supporting evidence.

“Do you know where they’re dying?” Tubbs said. “They die in that alley that we saw earlier, they die three blocks away, around the corner, alone next to a dumpster.”

It’s certainly possible some deaths occur in this manner, but according to another British Columbia Coroner’s Service Report (table 4), only 10 percent of overdose deaths occur outside, while 85 percent occur either in a private residence or another residence.

Overall, safe-site proponents say the programs should be considered part of multifaceted efforts to help addicts, reaching a group of ill people who don’t respond to other programs. They represent a small front in a wide battle to save lives.

The New England Journal of Medicine article urges policy makers in the United States to address the opioid crisis with more urgency, using the successful safe-injection-site programs in Canada:

“Every indication is that North America’s opioid-overdose crisis is not abating, and experts have recently estimated that overdoses could kill more than half a million Americans over the next decade,” writes Dr. Evan Wood in the journal. “Bold action on the part of policymakers will be required to support innovative evidence-based approaches and to assess and apply lessons learned from other jurisdictions.”