An email paid for by the Republican National Committee (RNC), and signed by President Trump, warns without any evidence that Democrats are attempting to (bold, all caps, and in red) steal elections in Florida.

The email comes after tight margins in two major Florida elections – for governor and a Senate seat – automatically triggered recounts. In both races, Republican candidates have the lead, and the party appears to be doing everything in its power to keep it that way, even if that means accusing Democrats of fraud when there is no evidence to support that claim.

Here’s the email from Trump and the RNC: 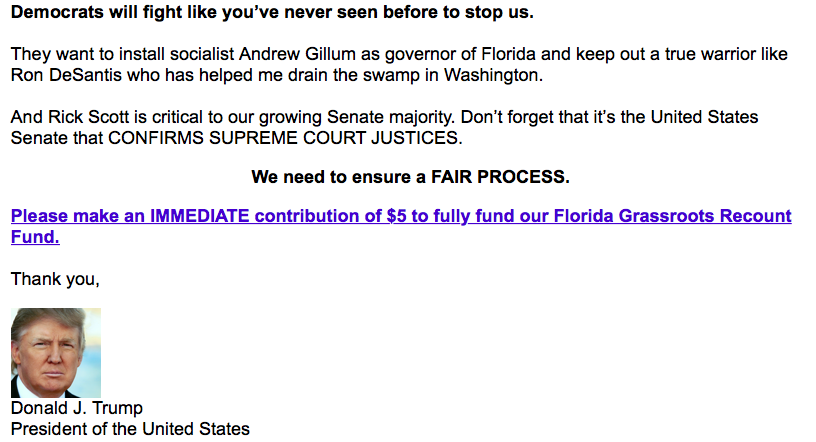 Chief among those peddling the conspiracy is Colorado’s own Republican Senator Cory Gardner, who heads the National Republican Senatorial Committee (NRSC) and called Florida’s very routine handling of the recount “insane.”