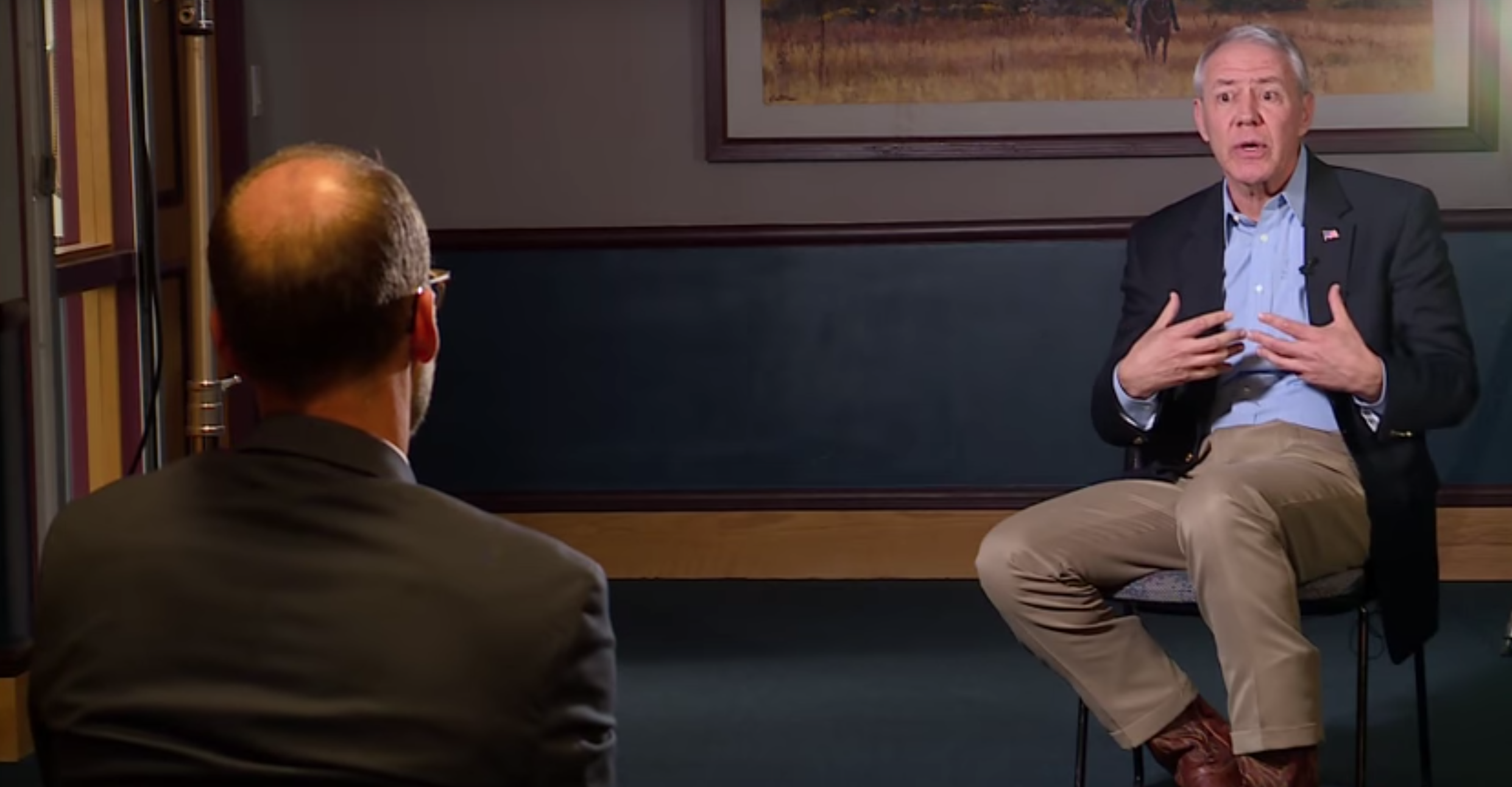 Last week 9News’ Marshall Zelinger sat down with Congressman Ken Buck, the newly elected chairman of the Colorado Republican Party. The wide-ranging interview only lasted 3 minutes 30 seconds on air, which is why 9News’ decision to post the entire raw footage of the interview is so important.

Inquiring minds need only visit the Next on 9News Youtube channel to find the full 17-minute interview, “Head of Colorado GOP Ken Buck on recalls, oil and gas, Nazi question.”

At 9:45 Zelinger asks Buck if it’s appropriate for elected officials and their families to profit from recalls they’re promoting publicly.

Zelinger: House Minority Leader Patrick Neville has come out supporting recalls. His family could benefit from recalls because that’s their business. Should it be appropriate for elected officials and their families to profit off of recalls and elections? By being hired for election purposes–this is an added election outside of a cycle–perhaps this is being done in a way that benefits the family business?

Buck: So, Patrick’s brother is a consultant in the business and certainly there were some resources from the House fund that were used in the last cycle and his brother ran some of that political operation. I think that is something that Patrick and the elected Republicans in the state House will have to decide. It’s not something the state party will intervene in in any way.

Zelinger’s question about the Neville’s family financial stake in the House GOP political machinery was just the latest reporting on the issue, the most prominent of which was Marianne Goodland’s pair of feature-length articles for Colorado Politics, particularly the second one titled “A hard look at 2018’s GOP ‘soft money’.” Goodland reported that other Republicans expressed concerns with the Nevilles’ performance and tactics:

One Republican insider told Colorado Politics he didn’t mind if Joe Neville and his companies make money off their political activities. But, he said, the lack of results in terms of election wins for the GOP is another matter… Another concern among Republicans who talked with Colorado Politics: what appears to be a large amount of unspent money left over after the election.

By early March, it was clear where at least some of that unspent money was headed- paying for recalls. House Minority Leader Patrick Neville launched a website to support recalling his own colleagues in the legislature. At least one corporate donor, Xcel Energy, expressed surprise that some of its 2018 contribution to the GOP House caucus fund was now being used for recalls.

More recently, 9News’ Kyle Clark noted that both former Secretary of State Scott Gessler and also the conservative Independence Institute are both generating revenue from another proposed Colorado recall, the moonshot that is the attempt to remove Governor Jared Polis. State law dictates that petition gathering for a gubernatorial recall can’t begin until at least six months into the governor’s term, but there are no restrictions on when political operatives can start gathering checks from naive donors.