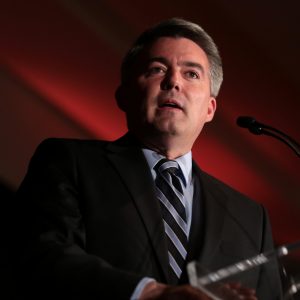 Colorado Sen. Cory Gardner cautions that the United States “can’t act rashly,” but if it turns out that Saudi Arabia “did this, things will change, undoubtedly.”

That’s what Gardner, a Republican, said this morning on KOA 850-AM in reference to the disappearance of journalist Jamal Khashoggi.

“Well, there’s no doubt, this is a defining moment in our relationship with Saudi Arabia,” said Gardner on air. “But we must get the information. I can’t stress that enough. This is an important relationship in the Middle East. If they did this, things will change, undoubtedly. If they didn’t [do this], we can’t act rashly.”

Trump said yesterday that he feared Saudi Arabia was being judged “guilty until proven innocent.”

Turkish investigators have insisted that Khashoggi was murdered by Saudis after entering Istanbul’s Saudi Consulate.

“I signed a letter to the President asking for an investigation under the Global Magnitsky Act,” Gardner said on air. “That is a human rights investigation that will occur. If we find that Saudi Arabia is indeed responsible for this, this will create significant sanctions, impose significant sanctions. Look, we need more facts. We need more information. But right now, it does not look good for what action Saudi Arabia may have participated in.”