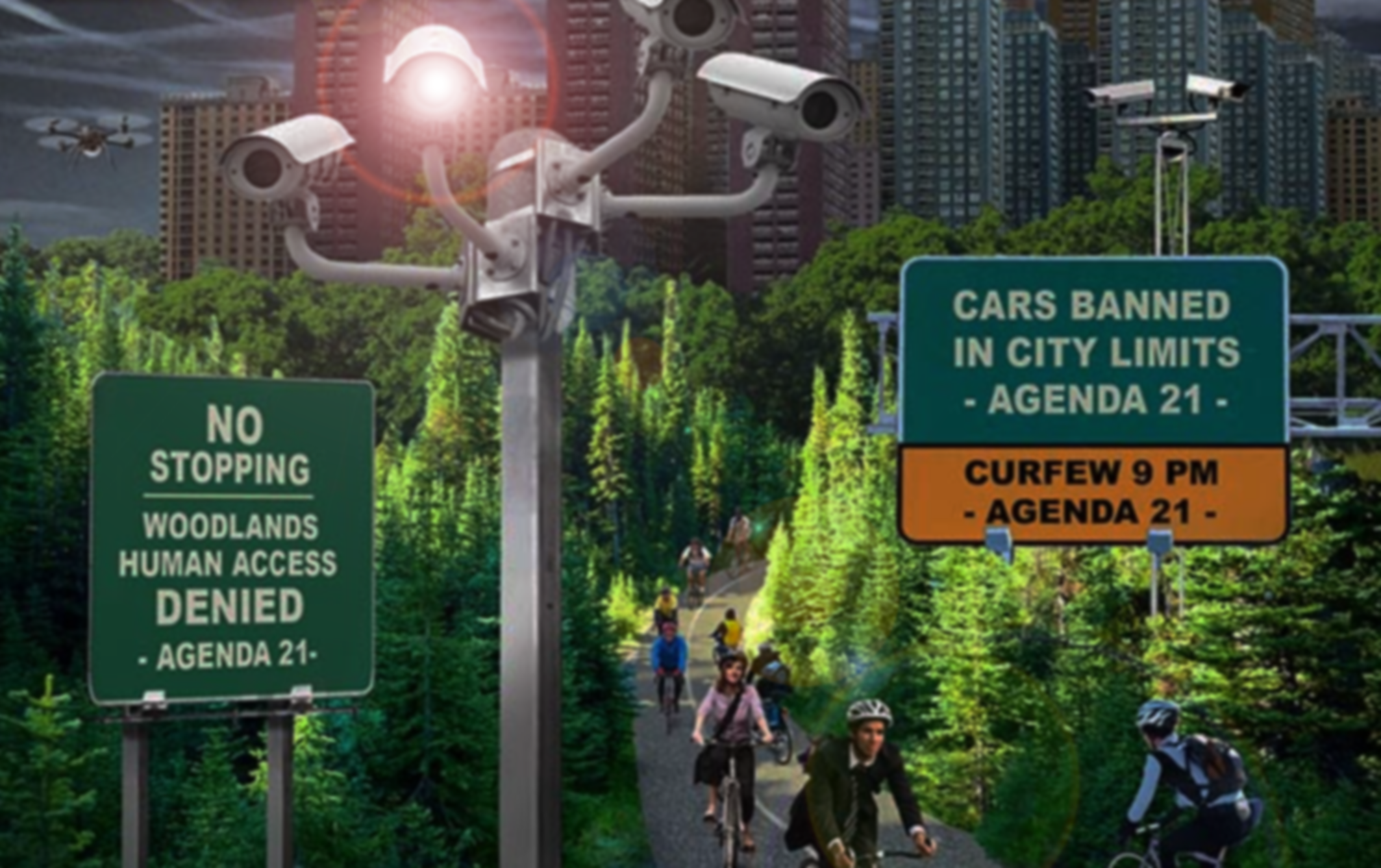 That was the warning Tony Sanchez, a Republican candidate for a state senate seat in Jefferson County, issued to fellow Republicans at a convention in March.

As you can see, he did not explain why sustainability and bike paths are such a threat, but he didn’t have to. This isn’t the first time a Colorado Republican has shared the popular conspiracy theory that biking trails and other municipal efforts to go green are part of a nefarious plan of world domination.

Maes said in a later interview that he once thought the mayor’s efforts to promote cycling and other environmental initiatives were harmless and well-meaning. Now he realizes “that’s exactly the attitude they want you to have.”

“This is bigger than it looks like on the surface, and it could threaten our personal freedoms…These aren’t just warm, fuzzy ideas from the mayor. These are very specific strategies that are dictated to us by this United Nations program that mayors have signed on to.”

This conspiracy theory remains popular among far-right conservatives. Two years after Maes’ comments, The Atlantic magazine published a feature article on it, “Inside Agenda 21: The International Tyranny of Bike Lanes.”

Congressman Scott Tipton joined in the fun that year as well. From his press release:

“[Tipton] opposes the United Nations Agenda 21 mandate. There is broad, bi-partisan opposition in Congress to the U.S. ceding any sovereignty to the U.N. on Agenda 21 or other issues.”

Six years later, this same absurd rumor is still going strong. Just a month before Sanchez’s warning about the dangers of bike paths, conservatives in La Plata County packed a public hearing on revision to land-use codes. Ths headline of this Durango Herald article title speaks for itself: “Some residents say U.N. plot is behind land-use revisions.”
It remains to be seen whether Lakewood voters in Senate District 22 (SD-22) will agree with Sanchez that bike paths are an attack on them, but recent history appears to indicate otherwise.
Last year, voters in the Foothills Park & Recreation District, which overlaps substantially with SD-22, passed a 2.75 mill levy increase by a wide 16 percent margin. In addition to trail improvements, the funds will also support sustainability, specifically “replacement of irrigation systems to include more efficient operations and potential to reduce irrigated turf to native turf for water efficiency” 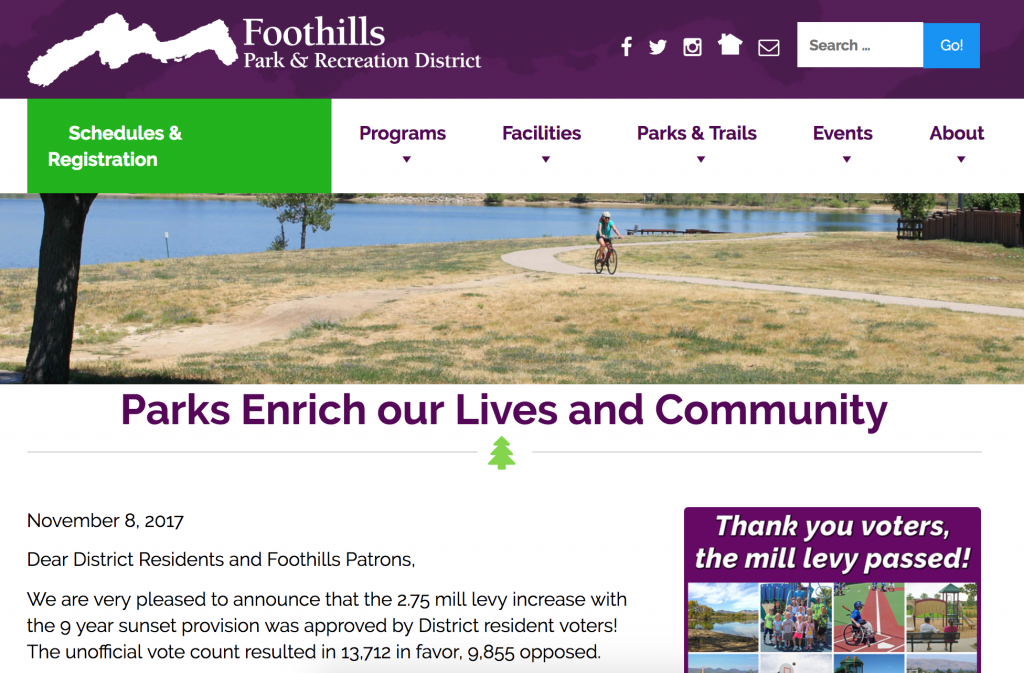 Included in the overlap of SD-22 and the Foothills Park & Recreation District is Sanchez’s own residence. Nearly a quarter million dollars raised by the mill levy increase is dedicated to the Columbine West Park & Pool, just a four-minute drive from his front door; eight if you use the bike path.