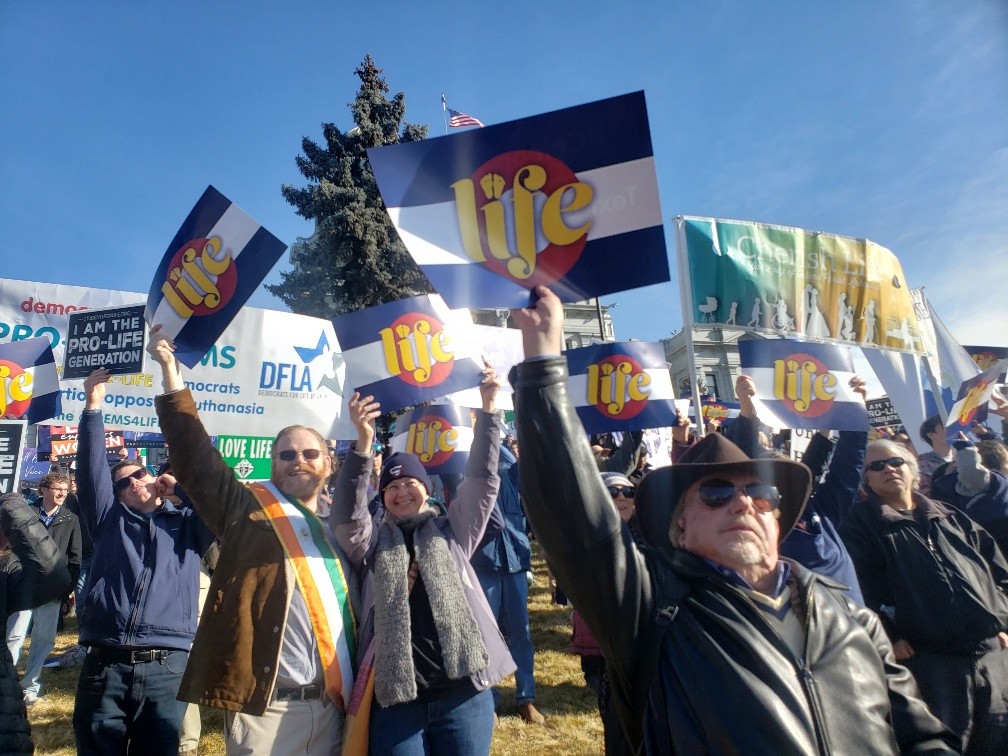 Colorado’s Catholic Bishops doubled down on their longstanding support for repealing the death penalty, issuing a news release Friday commending the Colorado Senate for passing the repeal bill (by a 19-13 vote) and thanking state Senate sponsors Julie Gonzales (D-Denver), Jack Tate (R-Centennial) and Leroy Garcia (D-Pueblo), and “all the other senators who supported this important legislation.”

The Colorado Catholic Conference, which is the “United Voice of the Catholic Bishops of Colorado,” posted statements from two bishops, one from testimony by Bishop Jorge Rodriguez delivered Monday before the Senate Judiciary Committee:

“The Catholic Church has long taught that every person, whether they are unborn, sick, or sinful, has a God-given dignity that cannot be erased or taken away. Yes, it can be marred, but it cannot be blotted out in the eyes of God.

If we as a society accept the idea that it’s possible for someone to lose their human dignity and be executed, then it is only a short step to say that certain classes or types of people belong to this less-than-human group. History has shown that this is not outside the realm of possibility.”

The Catholic Conference also distributed a quote from Bishop Stephen Berg that appeared in the Pueblo Chieftain:

“The death penalty, while it might offer a sense of short-term justice, only adds to the cycle of violence and takes away this opportunity for conversion.

Conversion and healing are also possible for the victims and their families. It is tempting to hold on to hatred for those who hurt you so deeply, but it consumes the lives of those who let it remain in their hearts. Instead, when the cycle of violence is interrupted by forgiveness and faith, the opportunity exists for healing and growth in charity for victims and their families. God is able to take a great evil and transform it into an even greater good.”

A statement from Denver Archbishop Samuel J. Aquila was not included, but he’s publicly opposed the death penalty in the past, saying last year that the death penalty once “made sense, since society struggled to protect itself from people who committed murder,” but now “our prison system has improved to the point that we are able to respect the dignity of human life and to protect society.”

“Given this reality,” Aquila said last year, “Colorado should not perpetuate the cycle of violence by taking further life, especially when the death penalty’s effectiveness as a deterrent to crime is in doubt…. When the state unnecessarily engages in taking someone’s life, even a guilty person’s, it commits more violence and takes away the opportunity for the conversion of criminals.”

During his featured remarks at a “Celebrate Life” march last month at the Colorado Capitol, Aquila made no mention of the death penalty but came out forcibly in favor of a partial abortion ban that’s likely to appear on November’s election ban, saying that “only the persons whose consciences are dead, who have no conscience, can participate in [abortion].”

Colorado lawmakers had high hopes of repealing the death penalty last year, but a bill to do so died in the state legislature.

Especially now that it’s passed the state Senate this year, the legislation is expected to pass the legislature and be signed by Gov. Jared Polis (D-CO), with bipartisan support.